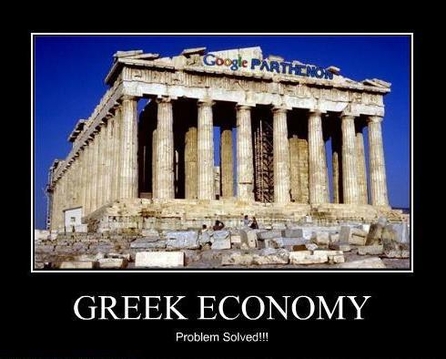 This is probably bigger than my own little world view and maybe there’s a lot of it that I don’t understand. But what is it with the Euro bail-out for Greece? The great and good (well not much greatness or goodness really is there?) leaders of Europe held a series of summits to resolve the Euro crisis. Focussing in particular on the parlous state of the Greek economy. In simple terms the solution was that major banks would write off 50% of Greek debt and the rest would be funded through stringent austerity measures to be introduced by the Greek government.

Well it looks like they can't produce can they? A T Shirt slogan on a bag........that is so FAIL!

So just a few days ago everyone was patting themselves on the back on what a spiffing job they had done; crisis over….. for now. Then comes the news that before they accept these actions the Greek government will ask their voting population what they think in the form of a referendum. Now I may be a little simple at times but on this occasion I suspect that the there will be an overwhelming no vote? What do you think?

I think that our erstwhile leaders should have taken a look at the car washing scene in Pulp Fiction before any back slapping took place.Well, in particular the line ‘let’s not start sucking each other’s dicks quite yet’.  So what happens next? I presume that Greece will default on their loans. After that who knows, do the banks send in the bailiffs to repossess Greek property. Unlikely really; all their crockery is broken and they lost their marbles ages ago.

But at least the forecast looks good....... actually so does the forecaster don't you think?

Just a couple of questions from me to close this post;

How did these supposedly bright and intelligent people get it so wrong?

If Greece doesn’t want the bailout money can I have it?

So then, let’s get back to music as this is really a music blog, but there is often the odd rant from me. Here are a few songs that I feel are appropriate. Especially the last one of the three from Jarvis Cocker 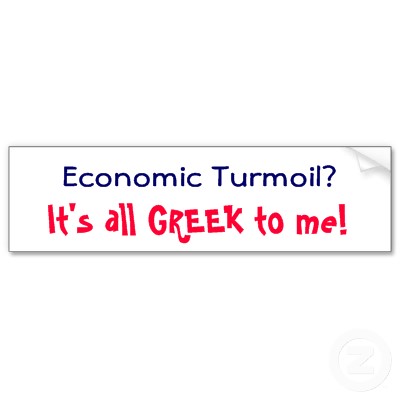 One Response to ““It’s the ideal way to order the world, fuck the morals, does it make any money?””