It’s the 18th December and by now the regular readers among you will know exactly what that means won’t you? yes it’s day 18 of the With Just A Hint Of Mayhem advent calendar posts. So the songs for today both have the number 18 in their title. we are so far down the line now towards Yuletide that my Spiderman Advent Calendar has hardly any chocolate left in it. What Advent Calendar do you have? 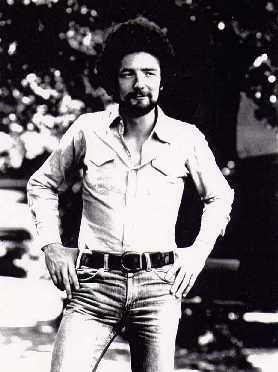 The first song for today remains one of my favourite 70s songs. It is “Eighteen With A Bullet” from Pete Wingfield. The bullet in this instance is used to describe a particularly well performing song on the US singles chart. strangely enough the song did enter the US top 20 at number eighteen, presumably with a bullet back in 1975. It reached its peak of number 15 a week after that. In the UK it made the top 10 reaching number 7. Reggae singer Derrick Harriott did a great cover of the song. Wingfield has been quite an active session player and producer. He produced Dexys Midnight Runners first album, ‘Searching For The Young Soul Rebels‘ , the Kane Gang’s first album ‘The Bad And Low Down World Of The Kane Gang’ . Pete also produce “I’m Gonna Be (500 Miles)” and the album ‘Sunshine On Leith’ by the Proclaimers. “Eighteen With A Bullet” can also be found on the soundtrack to Guy Ritchie‘s 1998 film ‘Lock, Stock And Two Smoking Barrels‘. The Pasadenas (who I once saw at a corporate function) biggest hit “Tribute (Right On)” was written by Mr Wingfield too.

Next up it’s the mighty, massive, metal Megadeth with “Hangar 18”. The song was released as a single in 1991. It made it to number 26 in the UK and number 25 in the Irish charts. It comes from the band’s album ‘Rust In Peace’, a UK number 8 that was released in 1990. The song relates to alien conspiracy theories involving the 1947 crash at Roswell. Hangar 18 at an US Air Force base near Dayton, Ohio is supposedly where some of the alien remains and the alien spacecraft is stored. The lyrics were written by the band’s drummer Nick Menza with the music coming from frontman Dave Mustaine. Slash jammed with the band at one point and while some people thought that he might join them he decided to stay with Guns ‘N’ Roses.