I just heard the sad news that reggae legend John Holt has died. His manager confirmed that he passed away in a London hospital on Sunday night. He was just 67. He started out as the lead singer of the Paragons and wrote many of their songs; including “Wear You To The Ball” and “The Tide Is High“. The latter went on to become an international hit for Blondie in the 80s and later for Atomic Kitten. I always preferred the Paragons original version. He also recorded as a solo artist while he was with the Paragons cutting tracks like the original of “OK Fred” in 1979. This was later a UK hit for Errol Dunkley in 1979. He recorded tracks with legendary reggae figures such as Duke Reid, Leslie Kong, Bunny Lee, Prince Buster and Alton Ellis.

He recorded and released many albums and singles and was a superstar in Jamaica. Sadly in the UK he was never as popular. His 1974 cover of Kris Kristofferson‘s “Help Me Make It Through The Night” reached number 6 in the UK chart. He released his last solo album, ‘Peacemaker’ in 1993. I still have a copy of the fabulous ‘1,000 Volts Of Holt’ album from 1973, only the CD version though. My vinyl copy wore out years ago. 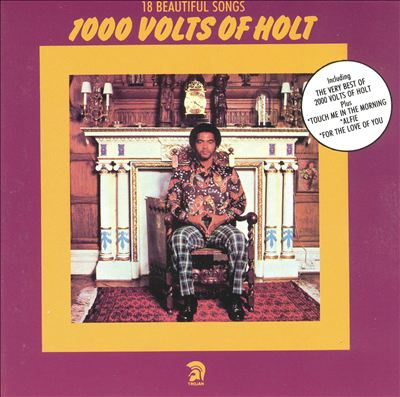 My thoughts go to his family, friends and fans. John Holt RIP.