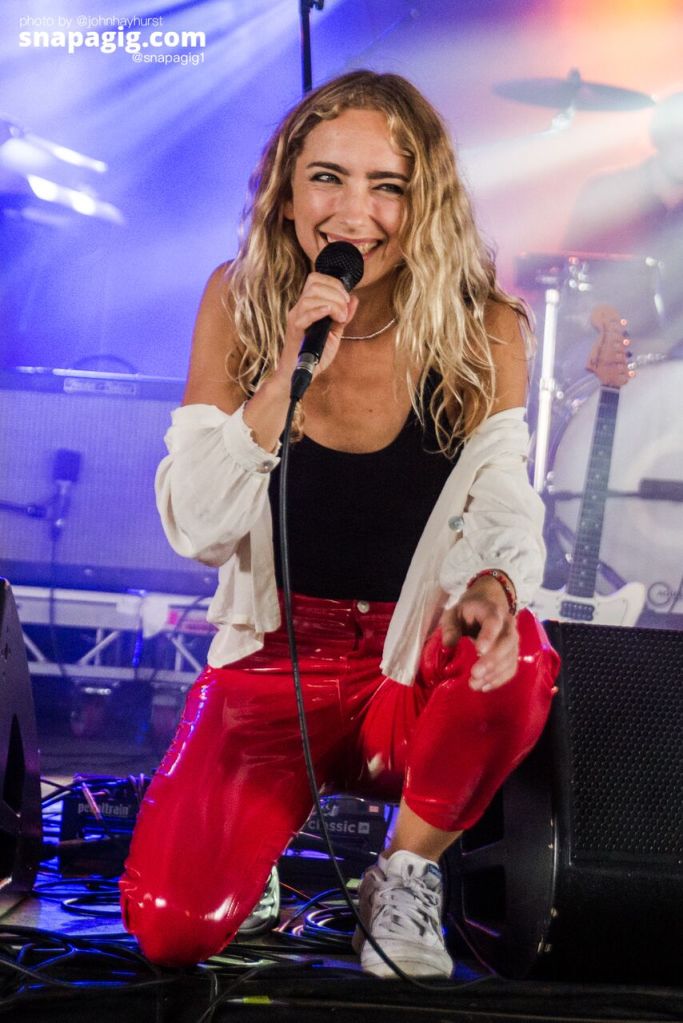 Click here to read my review of day 3 of the 2017 Leeds Festival on the Hype Media site. I would like to thank the lovely gang at the Hype Media for giving me the opportunity to be there! Words by me and pictures by rock photographer extraordinaire John Hayhurst of snapagig. Except for the Marshall Mathers picture, that one was a lucky find. 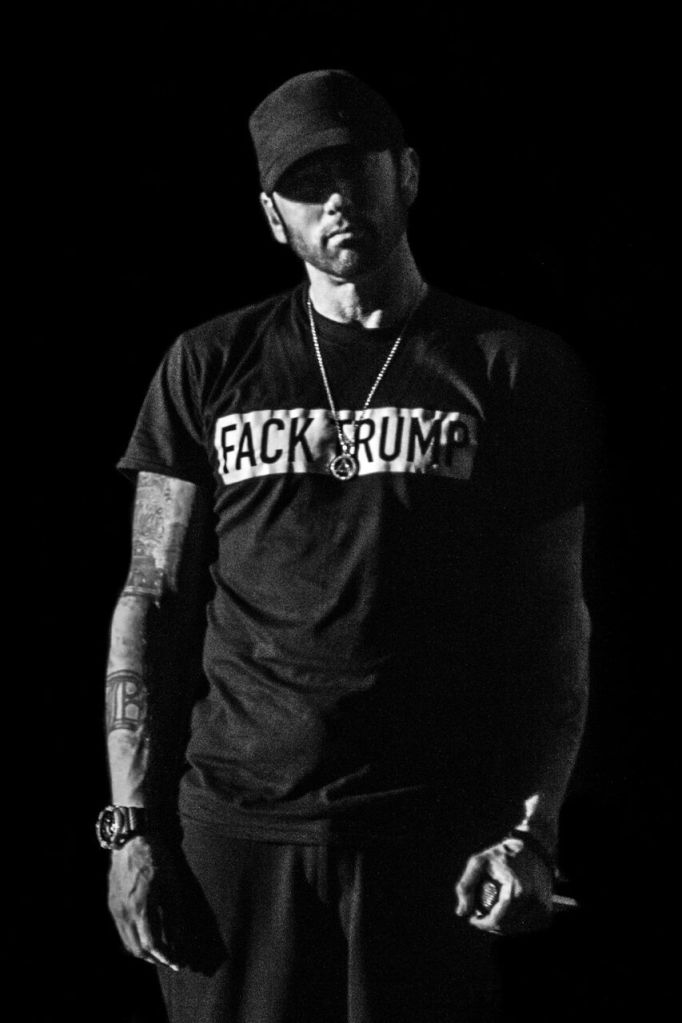 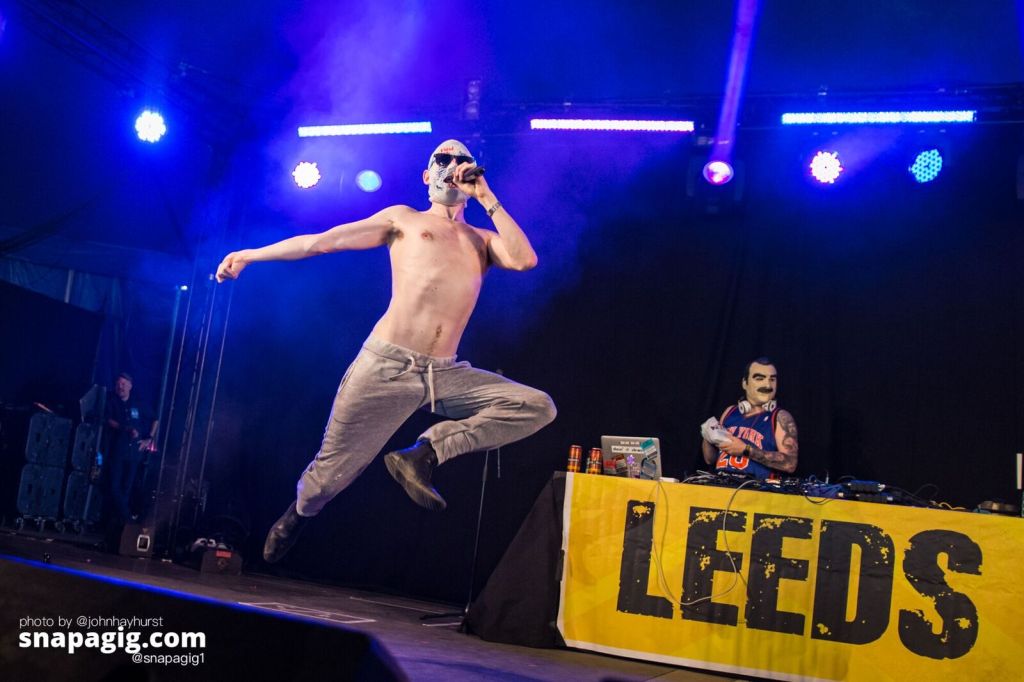 Click here to read my review of day 2 of the 2017 Leeds Festival on the Hype Media site. I would like to thank those very nice peeps at the Hype Media for giving me the opportunity to be there! Words by me and pictures by rock photographer extraordinaire John Hayhurst of snapagig. I also couldn’t resist adding a couple of Rubberbandits videos below as well. But if you are easily offended do not watch them, you have been warned! 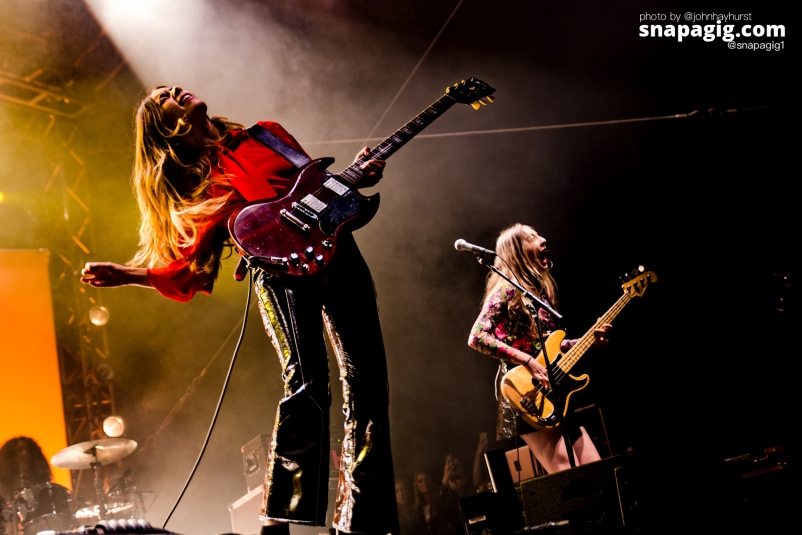 Click here to read my review of day 1 of the 2017 Leeds Festival on the Hype Media site. I would like to thank those jolly nice folks at the Hype Media for giving me the opportunity to be there! Words by me and pictures (apart from Queen Vee & the Sasstones, that was by me) by rock photographer extraordinaire John Hayhurst of snapagig. 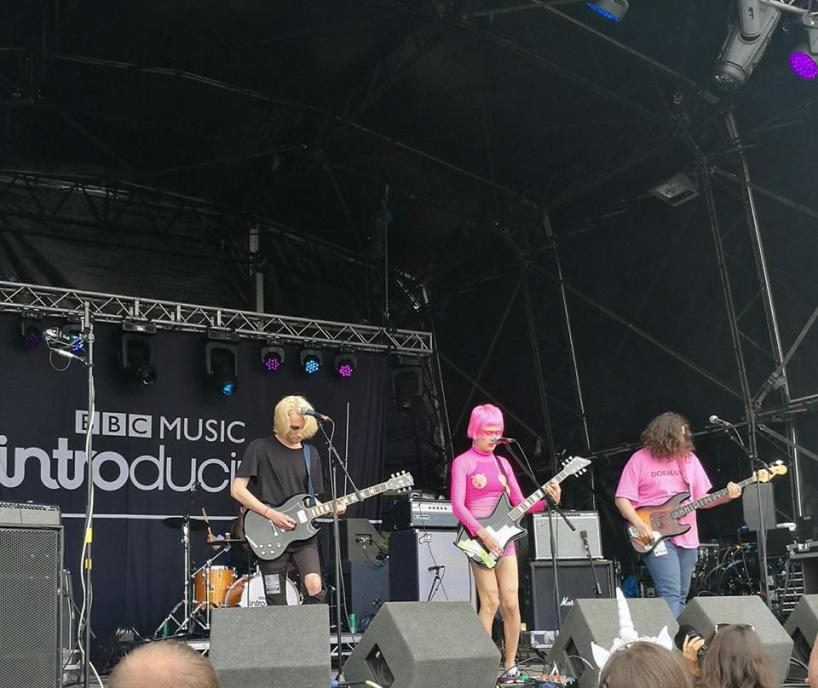 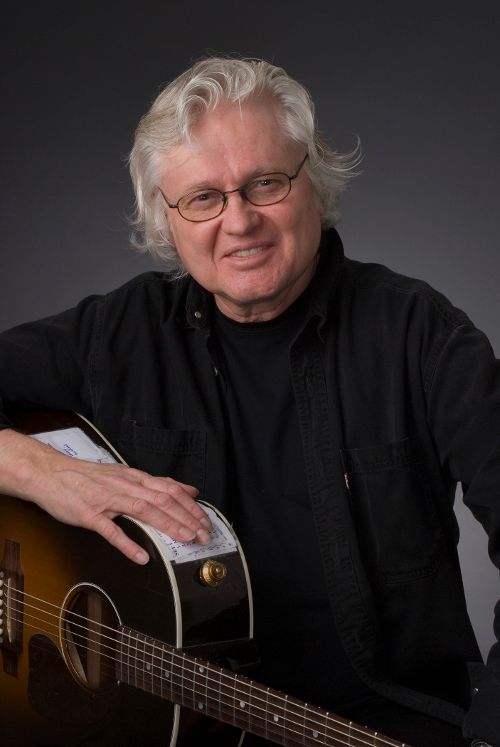 Did you know that Angelina Jolie’s uncle, Chip Taylor, wrote the song “Wild Thing.” Nope nor did I until now! 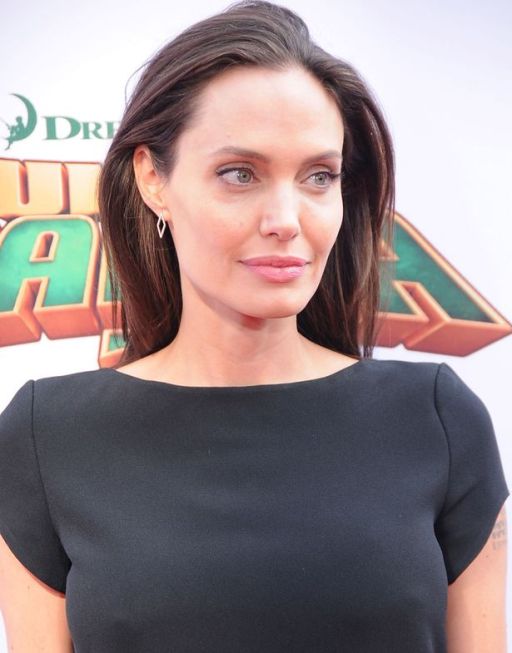 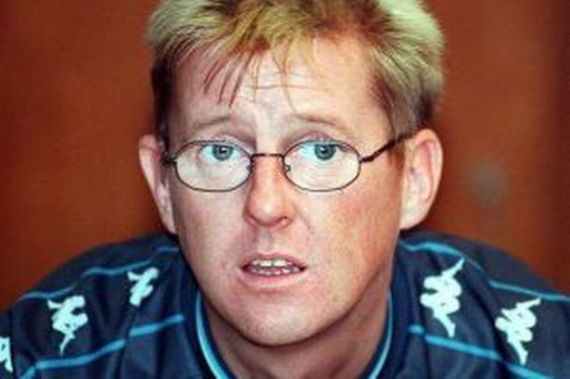 Do you remember Curly Watts (real name Kevin Kennedy) from Coronation Street? Well did you know that Johnny Marr once played in a band with him? Their short-lived band called the Paris Valentinos  played a Silver Jubilee party back in 1977. Kennedy, who was Curly Watts for 20 years in the long running soap played bass guitar. Another future Smiths member Andy Rourke was also in the band which played covers of many things from Sam Cooke to Tom Petty. Their Jubilee gig was around the same time that Glen Voisey and me played our first ever DJ gig. 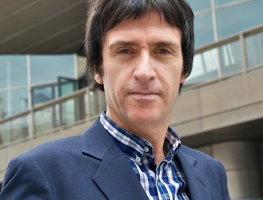 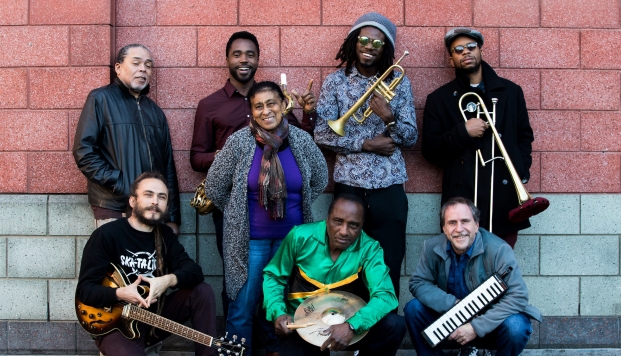 Now this is an opportunity that doesn’t happen too often. The chance to see one of the finest ska bands that ever existed, the Ska-talites. Actually in my adopted home city of York too. Anyway before I talk of the ska giants let me tell you about the support. Opener was the rather excellent ska DJ team Bangarang with some truly superb ska and reggae tunes to set the scene for the evening. The support band was the Magnificent 7, one of York’s finest young bands and purveyors of authentic, skillful and fun ska punk, ska, pop punk and hip hop. Well the latter is largely down to their excellent cover of the Eminem classic “Lose Yourself” which works really well with a ska punk arrangement. Their own compositions are pretty damned good too and oh boy did it look like they were having fun on that stage. On stage dancer of the night award should probably go to the trombone player from the Magnificent 7. 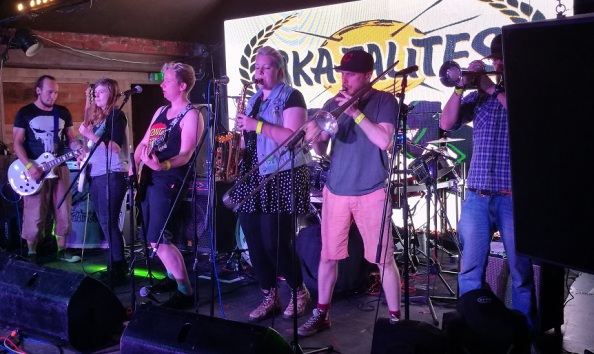 So now it was time for a band that originally formed in the mid 60s. Whilst there are hardly any original members left the spirit lives on and a band that had reggae greats Tommy McCook, Don Drummond and Roland Alphonso in their membership originally clearly has a great heritage. The Ska-talites are mainly an instrumental band and the first part of their set showed just how good an instrumental band they are with tunes like “Confucius” and “Latin Goes Ska”. Later in the set they were joined by reggae and ska goddess Doreen Shaffer on vocals for a few songs. Notably “My Boy Lollipop“, “Sugar Sugar” (not the Archies song), a very classy “Simmer Down” and one of my favourites “Nice Time”. The latter is a wonderful Bob Marley composition that I first heard via the Johnny Nash version in 1974. Doreen Shaffer must be over 70 now and she has aged incredibly well and she still has the vocals of a much younger woman. After she left the stage the band showcased their individual talents and frankly there is not a single weak link in this band. They closed with and amazing extended romp through their 1967 UK top 40 hit cover of the theme from the “Guns Of Navarone”. They closed with “Phoenix City” which was originally recorded by Roland Alphonso back in 1966. We also got to hear the Freedom countdown twice too. So if you didn’t get to Fibbers tonight why not? I expect a signed excuse from your parents or guardians in my pigeon-hole tomorrow. 10, 9, 8, 7, 6, 5, 4, 3, 2, 1 ……… FREEDOM! 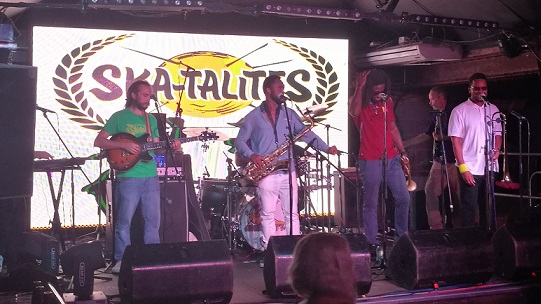 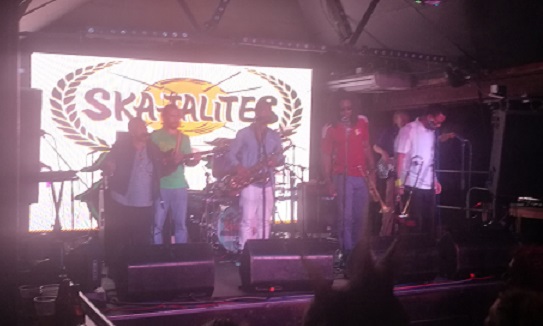 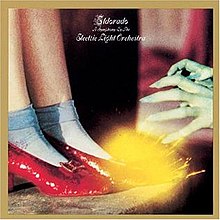 The Electric Light Orchestra’s 4th album “Eldorado – A Symphony” is officially known as simply Eldorado. Did you know that the cover was designed by one Sharon Arden? She is now more widely known as Sharon Osbourne (Ozzie’s wife and reality show star and judge). I can’t believe that it took much effort to design though as the cover picture is simply a still of the ruby slippers from the 1939 cinematic classic ‘The Wizard of Oz’. 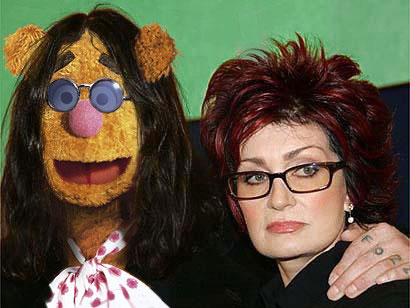