“Then one night some men of higher standing set a trap, they’re not to blame” December 31, 2010 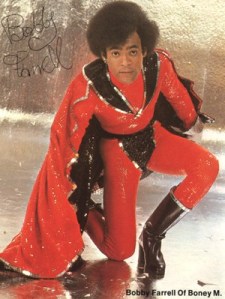 Some interesting news and a strange coincidence for you on this last day of 2010. Amy Winehouse recently pocketed £1 million for a private gig in Moscow for a Russian tycoon, not bad for someone who hasn’t played a gig in ages. There were two other acts on the bill; Boney M and Ke$ha, quite a strange combination in my opinion. What do you think? A few days after that gig singer and dancer Bobby Farrell off of Boney M died in a St Petersburg hotel room after a gig in the city. It is understood that he had a history of heart trouble. The strange coincidence is that Bobby died in the same city as Rasputin and on exactly the same date. Now that is the strange coincidence given that one of Bobby’s big hits with Boney M was “Rasputin” Click here to read the story of Bobby’s death on the BBC. Regular readers will know that Boney M were never my favourite band, in fact they were a long way from it, but it is always sad when someone dies so young, so RIP Bobby. Here he is with Boney M and that very song (followed by songs from Amy and Ke$ha: 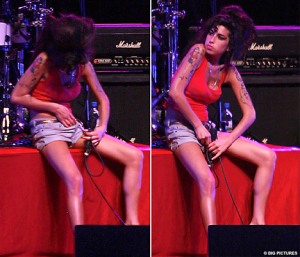 Amy looks for a safe place to hide her million quid

Meanwhile in the New Years honours list Annie Lennox wins an OBE while Trevor Horn godlike producer wins a CBE, congratulations to them both. Although I am unlikely ever to be offered a Royal honour I have made it very clear to my family and friends that I would turn it down, I cannot support an institution like the Royal Family. I find it strange that there are now a number of Knights of the Realm among the rock and pop aristocracy; Sir Cliff Richard, Sir Paul McCartney, Sir Elton John and Sir Mick Jagger. Keith Richards has made it clear that he would never accept such and honour and David Bowie has already turned down the offer of royal honours a couple of times in the past. Watch Annie with the Eurythmics below along with a couple of classic videos for Trevor Horn productions. 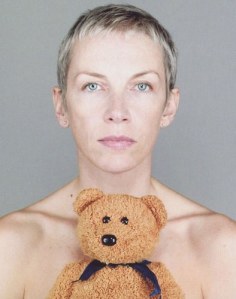 3 Responses to ““Then one night some men of higher standing set a trap, they’re not to blame””