Definitely on the home straight now, we’re on the 19th December. So day 19 of the With Just A Hint Of Mayhem Advent posts brings two songs with the number 19 in their title. Can you guess what the f-f-f-f-first one is going to be?

I’ll put you out of your misery the first tune is Paul Hardcastle‘s “19” which was his fifth solo single. It went to number one in the UK in 1985 and made the top spot in Ireland, Switzerland, New Zealand, Norway, Sweden, Germany, Austria and Italy. It was also number one on the US Dance charts. Hardcastle was inspired to compose “19” after watching a documentary about the Vietnam war called ‘Vietnam Requiem‘. he was shocked that the average age of the US combat soldier killed in Vietnam was 19. That was his age when he saw the documentary. The song may have performed better in the US had it received more airplay. It stalled at number 15 in the Billboard charts after many US radio stations refused to play it as they considered the song to be anti-American. Hardcastle has always denied this and I believe he is right. He is quoting statistics. Although the average age of 19 statistic has been challenged and various sources have suggested that between 20 and 23 are more realistic. That is still bloody young though! Paul Hardcastle’s 1986 single “The Wizard” became the theme tune to Top Of The Pops from April 1986 to September 1991. He also produced Rory Bremner‘s parody recording of “19”; “N-N-Nineteen Not Out” which was released under the name the Commentators and reached number 13 in the UK charts in 1985.

The second song on day 19 comes from those ancient geezers the Strolling Bones, well that’s what they look like these days right? I am talking of course about the Rolling Stones with their 1965 UK and US Billboard number two hit “19th Nervous Breakdown” It broke a run of five consecutive UK number ones for the band that stretched from April 1964 to September 1965. Those five songs were; “It’s All Over Now”, “Little Red Rooster”, “The Last Time”, “(I Can’t Get No) Satisfaction” and “Get Off Of My Cloud”. The number 19 is an important number in Stephen King’s ‘Dark Tower Series‘ and this song is referenced a few times within those tales. The song has been covered by the Standells and the Wedding Present. On the US TV show Saturday Night Live in 2012 Mick Jagger performed the song with the Foo Fighters.

Many of you will recognise the two iconic 70s album covers pictured below. First Roxy Music‘s eponymously titled first album from 1972 and ‘The Hoople‘ from 1974 by Mott The Hoople. However did you know that the model on the cover of both albums is the same person? It is Kari-Ann Muller and she has yet another music link in that she went on to marry Mick Jagger‘s brother Chris.

In a strange twist of fate the model on another Roxy Music cover was Jerry Hall. She met Bryan Ferry at the photo shoot and began a relationship with him and then ultimately left him for Mick Jagger. So it is clear I think that the Jagger boys certainly like Roxy Music album covers! Incidentally Keri-Ann was paid just 20 pounds for the Roxy cover shoot. She also appeared in a James Bond film and is now a Yoga Teacher.

That well-known badger supporter Brian May has unearthed some recordings made by Freddie Mercury and Michael Jackson at Jacko’s home in 1983. He has worked on them with fellow Queen member Roger Taylor and William Orbit. I guess the issue will be whether or not the three songs will live up to the expectations. was it quality control that kept them from release until now? Another big name duet for Jacko was Mick Jagger who joined the Jacksons on the single “State Of Shock” from the brothers ‘Victory’ album in 1984. Personally I was and still remain underwhelmed by that song. Other elements of posthumous twiddling may have fared well but for me the quality was lacking with the Beatles “Free As A Bird” which was based around a very basic John Lennon demo recording.But let’s keep fingers crossed that this stuff is actually good.

Paul Gambaccini has suggested that the songs were dubbed the Llama recordings given that Jacko allegedly brought his Llama into the studio when Freddie was there. A cautionary note was sounded by the Guardian’s Laura Barton who said “It feels like we’re sucking the artists’ bones dry… sometimes it would be nice to leave them with a little bit of dignity.” I think I can agree with her sentiments there. But I obviously won’t pass judgement until I have heard the songs. The release seems likely to be later this year. So while you wait take a listen to some classic Jacko and classic Queen and a couple of Jacko versus Queen mash-ups!

It’s all doom and gloom these days isn’t it; well according to rock’s best known pensioners it is. “Doom And Gloom” is the title of the new Rolling Stones single. Can we still call them singles if there is no physical product or even a B Side? Anyway the song is one of two new recordings that will be included on yet another Stones hits compilation coming out soon, that album is called ‘Grrr!’ 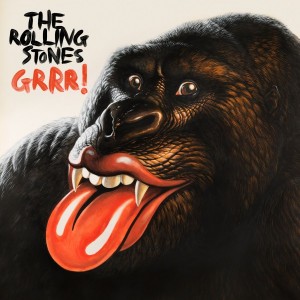 “Doom And Gloom” is a template Stones rocker that has a whiff of ZZ Top about it. But it is really growing on me. Have you heard it yet? What do you think of it? Inevitably now that the tickets for Glastonbury 2013 have sold out the headliner rumours have moved up a gear or two and the Stones are getting quite a few mentions. Personally I think they would be a great choice. Anyway take a listen to “Doom And Gloom” and tell me what you think of it. 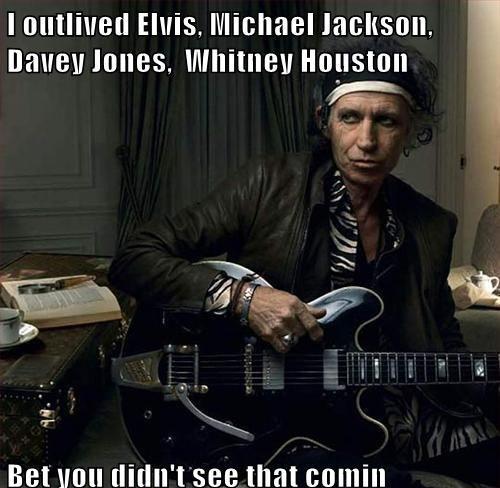 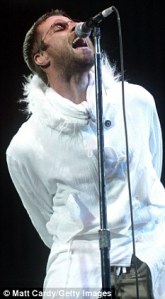 I agree with many of these, but I am surprised Robert Plant and John Lydon didn’t make the cut. Who do you think should have been included? Click here to read the report on nme.com.

“If you just put your hand in mine, we’re gonna lay all our troubles behind” February 10, 2012

Do you receive a regular selection of random e mails from various groups that you have subscribed to over the years? I get loads and often I can’t be bothered to look at them. But for some reason I took a  chance and opened one at random. It contained stacks of old pictures. Mostly of different stars together and not necessarily those that had worked together. Here are a few that I really liked and had never seen before. let me know what you think of them. 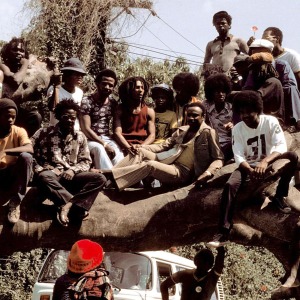 Bob Marley & the Wailers and the Jackson 5 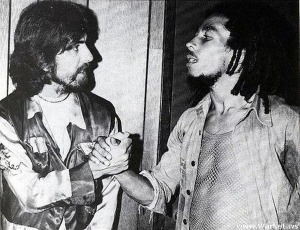 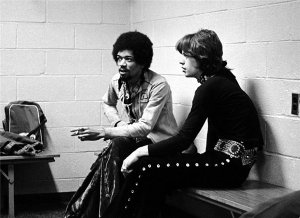 No more words required just listen to some great music by some of those artists while you enjoy the pictures.

Filed under: Trivia — justwilliam1959 @ 11:07 pm
Tags: Carly Simon, Coming Around Again, Kissing With Confidence, Let The River Run, Mick Jagger, Nobody Does It Better, Simon & Schuster, Why?, Will Powers, You're So Vain

Occasionally I come across what I consider a little gem of music trivia that I have never heard of before and this is one of those. You may already know this, but I didn’t. Carly Simon’s dad Richard is the Simon of publisher Simon and Schuster. He co-founded the company with M. Lincoln ‘Max’ Schuster.

In fact this really just gives me a chance to indulge in some classic Carly Simon a woman I found very, very attractive when I was in my teens. I recall having a Carly poster on my bedroom wall when I was at school too.

And finally a bonus song that featured Carly’s excellent vocal talent (which was uncredited at the time); “Kissing With Confidence by Will Powers. One of my favourite 80s songs.