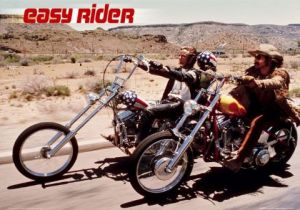 I won’t go as far as addressing you as constant reader as Stephen King does, but I will say dear regular reader thank you for coming to this blog every so often. In particular a big thank you to those of you who send me links to stories that might be worth posting about. I do try to use all of them, although I haven’t done much of that in recent weeks. However I intend to rectify that today with a double whammy of two car related stories. The first was provided by my good friend Nick Horslen and the second from yet another good friend, Tom Wycks. Strangely or appropriately both are car related, so perhaps you can guess the kind of songs that will follow! 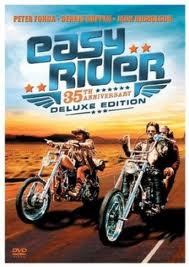 Apparently a few days ago whilst out and about in LA actor Peter Fonda discovered a dead body in a car. It wasn’t his, I mean the car wasn’t his, but then neither was the body, but that would have been a hell of a story too wouldn’t it? he saw the body slumped over the wheel and reported it to police. I wonder if he thought it might have been George Michael asleep at the wheel again. You can read the Fonda and the Dead Body (now that’s a good name for an indie band don’t you think?) story on the Guardian website. There are a couple of easy music links to any story involving Peter Fonda. Firstly his involvement in acting and co writing the film Easy Rider means I simply have to include the magnificent “Born To Be Wild” by Steppenwolf from the soundtrack of the movie. This song was said by many to be the first heavy metal song, whether that is true or not it may well be the first song to use the phrase in its lyrics. Secondly it is Peter Fonda’s voice that you can hear sampled on Primal Scream‘s excellent “Loaded” 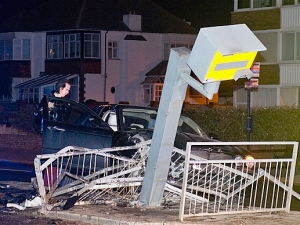 The second story is now a few weeks old, but it involves gruff Aussie Crooner Nick Cave who attacked a speed camera in Hove with his car. Now I don’t condone vandalism, but frankly there must be a modicum of praise given to someone who decommissioned a speed camera. But somehow I don’t think the police and the judiciary will see it that way. But joking aside for a moment whilst Nick’s Jaguar was obviously damaged both he and his 10-year-old twin sons were fine. You can read the story here on the BBC News site.

So moving along a car and road travel theme here are a few related songs for you pleasure;