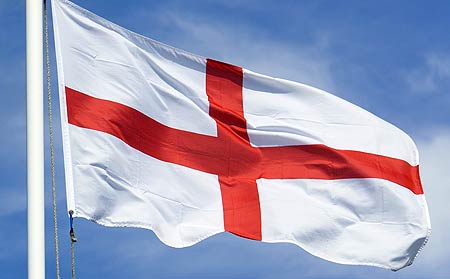 I recently had the misfortune to come across a FaceBook page for the Chilton Patriots. They refer to themselves as a white patriotic community in County Durham. Their pages are filled with hate posts and ironically I was accused of sending hate mail from York when I commented on their page suggesting that they are arrogant, uneducated twats. Clearly I don’t know that for certain and my judgement was based on the largely thoughtless and hate filled posts on their pages. So I have had a good long think and I have decided to send them an apology for calling them arrogant, uneducated twats. That apology is included in my open letter below. Incidentally the number of likes on their FaceBook page equates to around half the population of Chilton and more than twice as many as subscribe to this blog. So clearly there are a lot of similarly minded people around. To be fair their FaceBook page states (IN CAPITALS) WE DO NOT WANT TO HEAR YOUR LEFT WING MULTICULTURALIST BULLSHIT ON HERE, SO IF THOSE ARE YOUR VIEWS… PLEASE DON’T BOTHER EXPRESSING THEM. WE DON’T CARE !!! So I suppose they won’t be particularly bothered by anything I say. Including, and I am being a bit pedantic here, it should read LEFT WING MULTICULTURAL BULLSHIT

I think I know what the response of the Chilton Patriots to this letter will be. But in order to have some balanced views I would appreciate comments from all parts of the world, whatever your sexuality, ethnicity or religion. Regular readers will know that I am not a bigot, as for these patriots, well I’ll let you form your own opinion on them.

An Open Letter to the Chilton Patriots Group

I realise that my nasty comment on one of your posts must have struck a nerve so I wholeheartedly apologise for referring to you as arrogant, uneducated twats. Clearly that is not the case entirely as you did reply and suggested that you had received hate mail from York. Hate mail? Really? Just three words is hate mail? Wow. I also find it quite ironic that a group based upon hatred of anyone who may be different to them can see my phrase arrogant, uneducated twats as hate mail. So I believe that I should reword my comment on you and précis it down to perhaps one word; racists.

You also said that you saw no condemnation of the murders committed by ISIS on my FaceBook pages. This is probably true. However getting anyone to read any kind of political post is difficult on a social networking site such as FaceBook given that people seem to spend most of their time talking about Katie Hopkins, X-Factor, sharing Britain First posts (more on that later) and watching cute kitten videos. Anyway for your information I do condemn any terrorist atrocities under whichever flag they are committed. The people who carry out these murders are not religious they are evil, murdering scum. The same goes for those who shot holiday makers in Tunisia and the man who shot and killed many people in the church in America recently and those that are currently burning black community churches in the USA. Indeed the same can be said of the IRA murders in the 70s and 80s. You need to move away from the ridiculous idea that all Muslims are terrorists in the same way that all Irish Catholics were not terrorists.

I also love all kinds of music; rock, soul, reggae, punk, rap and most other things apart from perhaps opera. Doesn’t it annoy you that they don’t do operas in English? I’m sure it must do

I also note with interest that your Facebook group makes liberal use of the English flag, the flag of Saint George. That is a flag that I am also very proud of. Although an American comedian once said that pledging allegiance to a flag is about as useful as reciting a love poem to a sock. I tend to agree with him. I assume you know that Saint George was not English and that he is from Greek and Palestinian descent? Some histories have him as Lebanese. Not only that he is also the patron saint for a number of foreign countries; Georgia, Malta, Bulgaria among others. Among all the saints he is also a bit of an exception in that he is often venerated by Muslims. He also slayed a dragon, well ok perhaps the last part isn’t true, but I suppose one never knows.

I also note with interest the phrase ‘true English blood’ that appears on your page. Can you explain what you mean by this? Clearly Saint George never had true English Blood. Are you suggesting that there are indigenous English people here in our green and pleasant land? Somehow that is very unlikely given that this island has been invaded raped and pillaged over thousands of years by the Romans, the Vikings, the Angles, the Saxons and perhaps more. Many of us are probably 40th generation Roman or 30th generation Viking. Let’s not forget the Scots either, they once held York. I assume that being English means that you also hate the Scots? If so that is a shame as I am half Scots and very proud that my Scottish father served in the Royal Navy for 12 years.

During the Second World War this country might well have been overrun by those evil, scumbags the Nazis. I believe that they too hated anyone who was different to their definition of normal. They killed millions of people; Jews, blacks, gays, gypsies, disabled people and probably others. It seems to me that knowingly or perhaps inadvertently you seem to share some of their ideology. But I am very pleased to see that you haven’t stooped to using the swastika yet, well not as far as I can tell anyway.

You are free to hate me and you probably will, but I don’t hate you I pity you. I assume that someone so full of hatred must surely have some serious issues. Maybe if you stopped reading (and believing) the tabloid newspapers and supporting UKIP, BNP and the like it might help with those issues.

Incidentally if like Britain First you are in fact a brilliant satirical joke put together by Chris Morris and Charlie Brooker then I salute you for putting one over on me. Click here to read that story!

Also my sentiment and opinions regarding hate groups or communities built on hatred are the same whatever their flavour; from right wing English thugs to ISIS

P.S. This is largely a music blog so please enjoy the following tunes which are largely related to the subject matter above