I always enjoy a visit to one of York‘s top music venues, The Crescent, especially when it is a package of bands put together by the talented Simon Pattinson of Northern Radar. He has never let me down yet with a gig or band recommendation and frankly he nailed it again here! First up were a York band that up to now I hadn’t heard, Honours. They put on a powerful and energetic performance and in their DNA they have a link to some of the greatest British bands from the Small Faces through to Oasis. Although personally I felt that Honours have so much more personality and presence than Liam Gallagher has these days. Their guitarist’s style and journeys along his fret board shows hints of the best 70s rock licks and riffs. Do the honours and get yourself out there to see Honours! 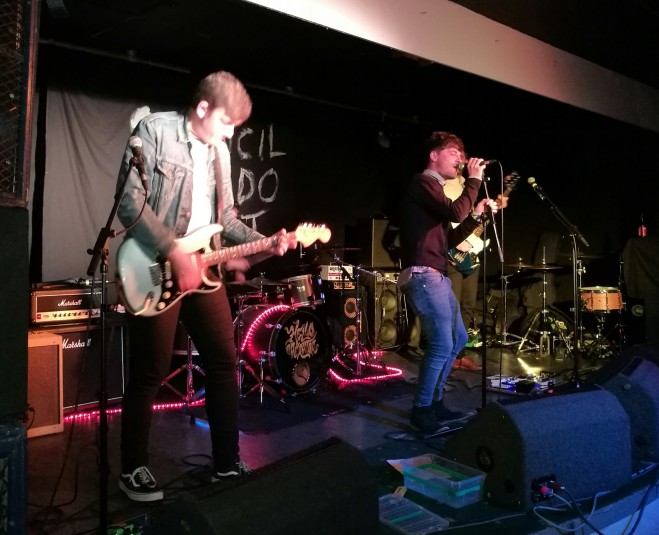 BlackWaters are originally from Guildford, Surrey but are now based in Sheffield, but tonight they were here in York. I was bloody glad they were here as well. I don’t say this too often but this lot are potentially one of the best bands on the scene right now. John Peel would have loved them. Absolutely boundless energy, magnificent engagement with the audience. I heard shades of the Fall, the Pistols, the Clash and Cabbage. They don’t seem to bow to any scene or fashion and their playing is as punky as a punk band can get. I will definitely be seeing BlackWaters playing live again sometime! 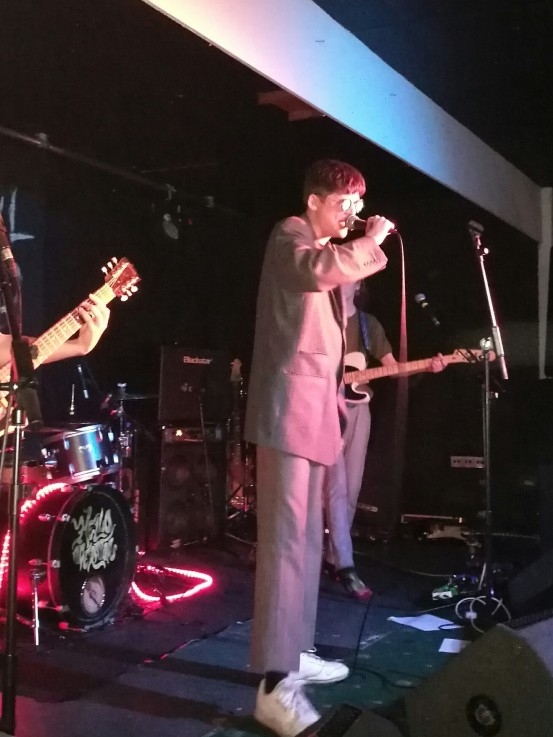 The headliners tonight were one of York’s greatest bands, although the competition is fierce. Having just experienced BlackWaters I thought who the hell would want to follow that? But Hello Operator more than stepped up to the plate, they damn well broke it into a million tiny shards. I have seen them a couple of times before, but that was back in 2015. Back then they were oozing with talent and they have made mountainous growth in stature, power, presence and musicianship and since then. They opened their set under a standard lamp in the middle of the crowd. The punters seemed to love it and the band looked to be having great fun too. The highlight from tonight’s set for me was a rip-roaring “Oosh” which came close to bringing the roof down. Lead singer Max has a vocal that could compete with the best rock vocalists Britain has produced, from Paul Rodgers through John Lydon to Joe Elliott. Max also showed his climbing skills as he appeared on the top of the speaker stack toward the end of the set. Peter Greenwood’s guitar playing has the left field take of his namesake Jonny Greenwood and the subtle tuneful driven licks that John Squire is so good with. This was a titanic and stunning set from a band that I would love to see break very big and I really believe that they have it in them to do so.