Do you remember Whigfield’s dance floor classic (OK that was a little OTT) “Saturday Night”? Well the song was an absolute smash in 1994, but did you know that Whigfield was sued by Lindisfarne? Why did that happen I hear you say, well largely because the Geordie gang that was Lindisfarne felt that “Saturday Night” was a rip-off of their north east anthem “Fog On The Tyne”. Seriously? You’re having a laugh right? Nope it is absolutely true! The Lindisfarne boys lost as did the Equals who but together a similar legal challenge over their own “Rub A Dub Dub”. Are they even close to be similar? I will leave that for you to be the judge, but personally I think that the Equals have the best case although theirs and Whigfield’s songs are both a bit shite right?

Is this the first time I have sent any kind of begging letter on my blog? Probably not. But here it is anyway. I will be running the great North Run from Newcastle to South Shields on Sunday September 16th this year, barely a week and a half away! Why am I doing this? Firstly because my boss and good friend, Mr Nick Cooper ‘press ganged’ me and three others (Stuart O’Hara, Simon Downs and David Carline) into taking part. So the St John’s Ambulance volunteers along the route could have a busy day! Secondly we will be raising money for the Save The Children charity which I’m sure you will agree is an excellent cause! 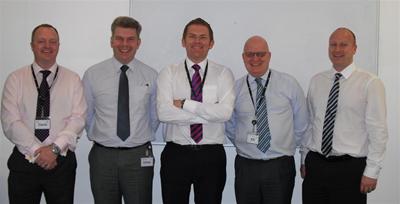 So onto the begging part now. we have a target of £1,500 to raise and so far we are at £969 or 64% of target. So any donation that you can make, whatever size, would be very much appreciated. As is usual for these things we do have a ‘Just Giving’ page to make it easier to support us. Click here to get access to it.

Of course this is a music blog so I can’t end with no music can I? So here are thirteen (one for each mile of the run) running related songs for you to listen to while you donate!

1 “Running Away” – Sly and the Family Stone

13 “Band On The Run” – Paul McCartney and Wings

Regular readers will have noticed quite a few sports related posts on this blog recently, largely related to the London Olympics of course. However this is also a sports related post, but it doesn’t relate to the Olympics. I took part in the York 10 k Jane Tomlinson race this morning. Well I say race, but for me it was just a personal challenge. Many years ago I was doing two half marathons a year, many with my good friend Al Sloman. I also ran the 1986 London Marathon with Al, who is a blind runner. My last half marathon was in Wycombe in 1995 and I have now completed the York 10k three times. I did the Leeds 10k and Hull 10k last year too. Having done far less training than I had hoped and being somewhat porky at the moment I set myself a target of between 80 and 90 minutes. I was incredibly pleased to have finished with an official time of just over 68 minutes and I didn’t walk any of it! I also have a nice red t-shirt and a medal sponsored by the UK arm of Wal-Mart; Asda.

Howard Webb dresses for charity for the York 10K (or perhaps not!)

Clearly my performance wouldn’t have brought me even close to Mo Farah, but then I am considerably older than him! He probably had a better build up too. I arrived at the start at 8.20 (for a 9.00 start) with Catwoman, who was my chauffeur, coach and supporter for the day. I have a bladder that is smaller than a gnat’s eyeball so obviously I needed to empty it. The queue for the chemical portaloos was immense, but having joined it I wasn’t budging. So I was actually in full bladder emptying mode when the race started. But given I was always going to start with the less fast runners I still had plenty of time to join the slow pack. It took me 12 minutes from the starting whistle to cross the start line. Why was it a whistle and not a pistol? Well it was started by world-class football referee Howard Webb.

As is the norm the “Theme From Chariots Of Fire” was played before the race along with the British national anthem. Music can be inspirational so just how disappointed do you think I was when the PA was blasting out Cheryl Cole‘s “Fight For This Love” when I eventually crossed the start line. To make matters even worse that same slice of Cheryl’s special brand of crap pop was playing again! So as this is a music blog I will spare you anything by Cheryl and let you enjoy a few of running related songs and a song about Cheryl Cole née Tweedy.

“She tied my eyes with ribbon of a silken ghostly thread, I gazed with troubled vision on an old four poster bed” July 14, 2009

Hello again dear readers, I’m back with another small collection of ‘onthisdays’ today, this time for July 15th. I should warn you that this post does contain two pictures of naked women (well the same woman actually, Lady Madge). OK so now there are only 50% of readers left, the others have all paged down to the pictures let me say that this blog has a history of naked pics; there’s been Eminem, Ronan Keating and not Lily Allen, although we did run the Lily Allen Naked experiment, check the tags to find out more, but whatever you think you WILL NOT find proper naked pics of anyone here. But I’m sure that won’t stop you looking will it?

On this day in 1973 the Great Western Express Festival took place at White City in London. It sounds like it was sponsored by a train line or train company, does anyone know if that was the case? Anyway trains or no trains the line up included the Edgar Winter Group, Sly & the Family Stone, Canned Heat, Lindisfarne and the Kinks. It was at this White City show that Ray Davies off of the Kinks announced that he was sick of the whole thing and was retiring. He apparently then walked to the local hospital and collapsed, presumably when he saw the size of the queue (my American readers should replace queue with line!). Clearly he didn’t retire for long either.

Lindisfarne who were also on the bill that day were particularly successful in the UK in the early 70’s having two UK top 10 hits in 1972 with “Meet Me On The Corner” and “Lady Eleanor“. Perhaps lesser known though is that the band’s Alan Jackson played the mandolin on Rod Stewart’s 1971 UK number one “Maggie May”. This part was once mimed on the BBC’s Top Of The Pops show by the greatest DJ that ever lived, the late great (hey welcome back l & g’s) Mr John Peel.

Clearly sharing the booze would be difficult with hardly any glasses. meet me on the corner and I’ll give you some guys!

Back in 1998 on this day Aerosmith had to cancel an upcoming US tour after the band’s drummer Joey Kramer suffered a bizarre accident. His car caught fire and was destroyed completely as he was filling it up with petrol. he was admitted to hospital with second degree burns.