Day 9 of our twelve day journey to Christmas 2017 and thank you for sticking with this largely non-Christmassy post. Anyway today’s famous person in a song is none other than one of the sexiest, smartest, sassiest and finest photo models there has ever been, Bettie Page! Born Bettie Mae Page in Nashville in 1923, Bettie left this world just over nine years ago aged 85. She made her way to New York via California to become an actress.

Something Christmassy for my readers 🙂

But she became a pin-up model and in 1955 as Miss January she became one of Playboy magazine’s first Playmate Of The Month. She posed for many photographers during the 1950s until in 1959 she converted to Evangelical Christianity and worked for Billy Graham. She spent many years of her adult life in a psychiatric hospital suffering from paranoid schizophrenia. Minor planet 184784 is named after her and the luxury droid in  ‘Star Wars: Episode III – Revenge of the Sith’ from 2005 was inspired by her.

But the song for today has nothing today with Star Wars, but it does come from a true punk star. It is Public Image Limited with the song “Bettie Page” taken from their 2015 album ‘What The World Needs Now….’. This was the tenth studio album released by John Lydon’s Public Image Limited a.k.a. PiL. It reached number 29 in the UK album chart, the band’s highest placing since ‘Album’ in 1986. Sadly, in my opinion, it was never released as a single, but I still love it, I hope that you do too! Incidentally the latest rumour is that Lydon may be representing Ireland in next years Eurovision Song Contest!

Have a Rotten Christmas!

Oakland, California’s PARENTZ recently released a brand new single on Popgang Records which is imaginatively entitled “Single”. I wonder if their album will be called ‘Album’? Let’s hope not as Public Image Limited got there first with that one. Anyway “Single” is a shimmering slice of electro pop with great earworm potential. At times it flows across your senses like you would imagine a chill out album from New Order might. Also a big thank you to those delightful folks over at Noisy Ghost PR for giving me the opportunity to hear about the rather splendid PARENTZ. Also if you want to hear more from PARENTZ click here to check them out on Soundcloud. 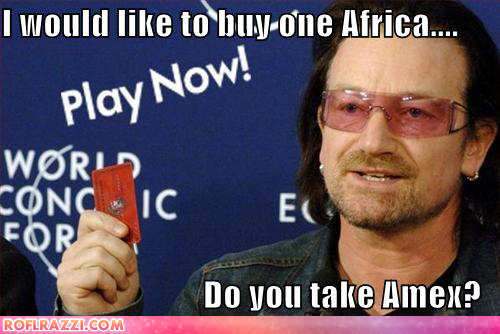 Paul Hewson a.k.a. Bono Vox off of U2 has recently been awarded one of the highest cultural honours available in France. This was in recognition of his services to music and committment to humanitarian aid. he was given the honour; Commander of the Order of Arts and Letters by French Culture Minister Aurelie Filippetti in Paris. He dedicated the award to his band, saying, ‘I’ve got the biggest mouth and the loudest voice but the music we make comes from each other’. The award was first presented in 1957 and has been awarded to other musicians including; Bob Dylan (1990), David Bowie (1999) and Patti Smith (2005). Two James Bond actors Sean Connery (1987) and Roger Moore (2008). Donald Sutherland, Bruce Willis, Clint Eastwood and Audrey Hepburn are also in that exclusive club along with writers T.S. Eliot and Julian Barnes.

While we are talking about awards it has been announced that the BMI, the music rights organisation, will present a special icon award for his contribution to music to one-time enfant terrible of the UK tabloids John Lydon formerly Johnny Rotten. Lydon will receive the award in October this year. Since those ‘The Filth And The Fury’ headlines from 1976 when Lydon was known as Rotten and fronted the Sex Pistols he has achieved bigger musical success albeit with a little less notoriety with Public Image Limited (PiL). perhaps in a step away from the rather typecast image that the British press have of him he has also appeared on the UK reality TV show ‘I’m A Celebrity Get Me Out Of Here’  on ITV in January 2004 and later fronted a few wildlife programmes. He is currently touring with PiL and recently took to the stage at Worthy Farm, Glastonbury with the band. So it now remains for me to congratulate Hewson and Lydon on their awards. For me the Lydon award is more appropriate and at least neither is some poxy award from our blood sucking UK royal family!

“It’s just an instant gut reaction, that I got I know I never ever felt like this before” November 27, 2010

On a recent flight business class flight to Australia it appears that Jay Kay off of Jamiroquai sat next to John Lydon off of Public Image Limited aka Johnny Rotten off of the Sex Pistols. Jay Kay says that Lydon spent the whole flight farting really smelly ones. He even said that after that experience he would prefer to travel cattle class in future. He went on to say that smoking has been banned so why not farting. But frankly and let’s be honest here, how many of us could complete a long haul flight without having to pop at least one little one out? Perhaps Jay Kay was jealous because he couldn’t muster up a decent response, maybe he could have caught up and got a second wind!

But Johnny is still able to squeeze another one out

Just to show a degree of impartiality you can read the story on the Guardian website and also on the Perez Hilton Blog. Amusingly the Guardian chose to use Viz favourite Johnny Fartpants in their headline. Personally I think the whole thing is rather amusing, but then farts always are? Aren’t they?

But when Jay Kay farts he farts cars!

And for Jay Kay it has to be “Canned Heat”, doesn’t it?

Gaga cooks up a storm

In other news, this time from the Sun, yes you heard it right, the ghastly Sun gets a mention on my blog! They report the culinary talents of Lady Gaga and Cheryl Cole and show Katy Perry and Russell Brand‘s cat finishing off their turkey. It was their real turkey and not Russell in ‘Get Him To The Greek’ Read all about it here. Maybe John Lydon had been eating the Cheryl’s scones or Gaga’s casserole and that is why he had such high-octane flatulence. Incidentally I wonder if Gaga used the meat from her meat dress to make her meal? 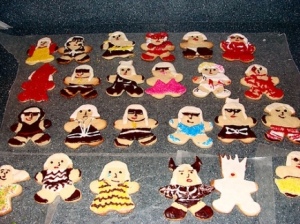 Hansel and Gretel never had it so good.......... Lady Gaga gingerbread people!

Today saw the sad news that Ari Up of the Slits has died aged just 48 from a serious illness. The news was first announced on John Lydon‘s website, he is married to Ari’s mother Nora. Her real name was Arianna Forster and she started the Slits aged just 14 in 1976. The band released two albums; ‘Cut’ in 1979 (one of my favourite albums) and ‘Return Of The Giant Slits’ in 1981. The band split up shortly after that although they did recently reform. Their drummer has been playing with Lydon’s reformed Public Image Limited (aka PIL). Ari released a solo album in 2005, entitled ‘Dread More Dan Dread’. Read the NME report here. She will be sadly missed. Ari Up RIP.

In some less important news the current wave of public sector strikes in France have meant the cancellation of a series of gigs in the country by Lady Gaga. There were concerns that the trucks with all the equipment, instruments and costumes would not be able to get to their destinations owing to many roads being blockaded by strikers. Ticket holders are being offered refunds and Gaga has apologised to her fans. The BBC story is here.

Finally a rather strange bit of news, well I think so anyway, Liverpool FC flew to their Europa League match in Naples in a plane piloted by Bruce Dickinson off of Iron Maiden! Appropriately enough the scousers skill and talent has “Run To The Hills”  this season. It didn’t bring the Reds a great deal of luck, they only managed a nil-nil draw. Read the story on the BBC.