“But if you don’t like what they’re going to do, you’d better not stop them ’cause they’re coming through” March 13, 2009

Those Ides are getting a little bit closer, today’s the 13th March, just continue to beware ok. Especially as today is Friday 13th, are there any triskaidecophobics reading this?

Don’t forget to do something funny for Comic Relief today as well and if you can’t do anything funny just donate some money at www.comicrelief.com

Yet more close encounters of the trivia kind for you today, in the form of two birthdays and three ‘onthisdays’ So if everything is ready on the dark side of the blog, play the five tones!

Kicking off the birthdays is Neil Sedaka, who is certainly way, way beyond “happy Birthday Sweet Sixteen” Neil is 70 years young today. At High School one of Neil’s friends and indeed the pair were romantically involved was Carole Klein. She later became Carole King and was also the subject of Neil’s song “Oh Carol”. She even recorded a riposte to that song which was imaginatively titled “Oh Neil”. Eventually Neil was given a opportunity to work at the famous New York song writing factory the Brill Building. This was along with his friend and co writer Howard Greenfield. Their first big hit was Connie Francis’ “Stupid Cupid” (UK 1 US 14). Here’s one you may or may not know, Sedaka and Greenfield wrote “Is This The Way To Amarillo”. There so now you know who to blame, it wasn’t all Tony Christie’s fault! One of my favourite Sedaka songs is “Bad Blood” on which he duets with Elton John, that song was a US number one in 1975. However there seems to be a distinct lack of that one on YouTube, so instead hear is Neil with the equally excellent, but much older, “I Go Ape” 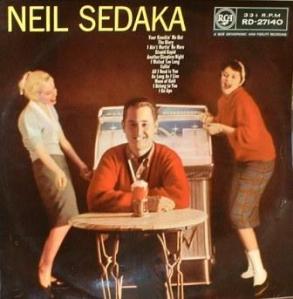 Tony Lundon is 30 today, he was a member of reality TV pop poppets Liberty X who had a UK number one with “Just A Little” in 2002. remember them? They were the runners up to Hear’say in the 2001 show Popstars. Actually it’s easier to remember Liberty X really isn’t it? My favourite Liberty X song is “Being Nobody” (perhaps they dedicated this to Hear’say) which was a mash up of Rufus & Chaka Khan’s “Ain’t Nobody” and the Human League’s “Being Boiled”. It was produced by the mysteriously named Richard X and was actually credited to ‘Richard X vs Liberty X. Mr X also produced the rather good Sugababes single “Freak Like Me'” which was also a mash up of Adina Howard’s “Freak Like Me” and Gary Numan’s Tubeway Army’s “Are Friends Electric?”. Liberty X split up in 2007 but did reform for a one off gig at Belfast’s Gay Pride celebrations in 2008. Here they are in the video for “Being Nobody” 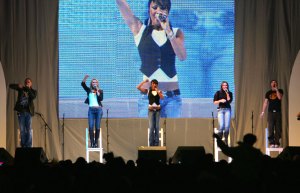 On this day in 1975 Tammy Wynette apparently didn’t ‘Stand By Her Man’ and opted to D.I.V.O.R.C.E husband George Jones instead. She had married him in 1969. Actually Tammy’s real name is Virginia Wynette Pugh, what’s that all about then? George and Tammy became Country’s ‘First Couple’ and recorded a number of albums together, including some after their divorce. Tammy was often referred to as the ‘First Lady Of Country’ and had more Country number ones than almost all her female competition at the time. In 1963 she went to Beauty School and qualified as a Beautician. This was a qualification she renewed every day for the rest of her life, just in case she needed to go back to a proper day job. Tammy died aged just 55 in 1998. It’s probably one of the most bizarre collaborations ever, but my favourite Tammy song is “Justified And Ancient” which she recorded with the excellent KLF in 1991. OK fact fans what does KLF stand for? It’s Kopyright Liberation Front. Here is the mighty Tammy with “Justified And Ancient” supported by the KLF and on her own with the classic “Stand By Your Man” taken from the 1975 Christmas edition of the BBC’s Top Of The Pops. 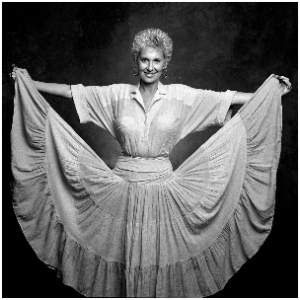 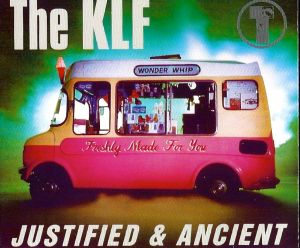 The KLF - did you know they drive an Ice Cream Van?

In a classic piece of computerised cock up on this day in 1993 the Radio 1 UK Chart show was in complete chaos after Gallup who compiled the chart at the time got a staggering 20 of the 40 positions wrong.

And finally this day in 1998 saw us mourning the death of the late great (yay the l’s & g’s are still around) Alexander Minto Hughes, a former debt collector, nightclub bouncer and DJ known by millions as Judge Dread. He died after collapsing on stage during a performance in Canterbury. He had ten top ten UK singles in the 70s. Most of his songs were never played on the radio owing to their rude rhymes, perhaps that’s just why the teenage me loved them so much. In fact he holds the record for having more songs banned from radio in the UK than anyone else. I do recall that every Christmas my Mum asked me to name one single and one LP for her to buy me for Christmas. I took great delight one year in getting her to buy me Judge Dread’s “Big Seven”. You see my Mum has never been a fan of rude jokes and double entendres, so the thought of her buying this was just hilarious to me. I think she has forgiven me now though. Here comes the Judge with a selection of songs, just click on the title to hear/ watch them; “Big Six“, “Big Seven“, “Big Eight” and finally his nicely smutty version of the classic “Je T’Aime Moi Non Plus” 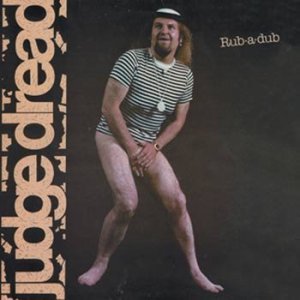 The Judge seemed to have no problem hiding his Big Eight, perhaps he was cold, or was it really only a Not So Big Three?

2 Responses to ““But if you don’t like what they’re going to do, you’d better not stop them ’cause they’re coming through””