Barry Llewellyn off of the iconic and influential reggae band the Heptones has died in Jamaica aged 64. The band recorded a number of songs with the infamous Lee ‘Scratch’ Perry. They are probably best known for their song in praise of the larger woman; “Fattie Fattie” This is also one of my favourite reggae songs and I used to own the 7 inch vinyl version of the song many years ago.

Perhaps he wasn’t a musician or singer but I couldn’t let the great film producer Ken Russell’s passing go without a mention here. He was responsible for what in my opinion is one of the best rock related movies ever made. He created a magnificent and somewhat weird adaptation of the Who’s ‘Tommy’ for the silver screen in 1975. He also made a movie of the life of Liszt starring Roger Daltrey as Franz Liszt and titled ‘Lisztomania’ which was also released in 1975. The soundtrack was provided by Rick Wakeman. In my view these two movies were the pinnacle of Daltrey’s acting career. Russell even tried his hand at the music video format when he directed the video to Elton John’s 1985 hit “Nikita”. 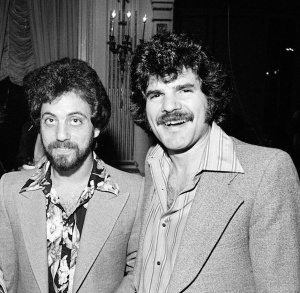 Don DeVito the producer of two of my favourite Bob Dylan albums, ‘Desire’ and ‘Blood On The Tracks’ has also passed away aged 72. He finally lost a 16 year-long battle with prostate cancer. He remained at Columbia records throughout his career where he worked with such luminaries as Aerosmith, Billy Joel and the Boss himself; Mr Springsteen.

Former singer with bands such as the Joe Loss Orchestra Ross McManus has also sadly left us. He was a very good singer in his own right but many people of my generation probably know him better as the father of the former Declan McManus; Elvis Costello. He died on 24th November aged 84 less than two weeks after the death of his second wife Sara. He played trumpet on a few of his son’s recordings. He once recorded a cover of the Beatles “Long And Winding Road” in 1970 under the name Day Costello, which is where young Declan chose his new surname from. He also wrote and recorded the song that accompanied the R White’s Lemonade advertising campaign in the 70s entitled “I’m A Secret Lemonade Drinker” on which backing vocals were provided by the then teenaged Declan.

My thoughts go to the family, friends and fans of Andrea, Barry, Ken, Don and Ross. RIP all of you. 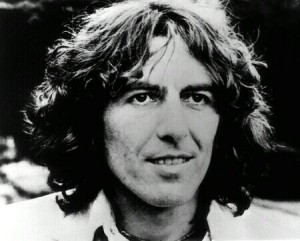 Coincidentally today also marks the 10th anniversary of the death of George Harrison aged just 58. I find it hard to believe that it was so long ago, but it was just a couple of months after my Dad in September 2001. There are a number of events in Liverpool to commemorate the anniversary. In 9 days on December 8th it will also be the 31st anniversary of the murder of John Lennon. Clearly this period of the year hasn’t been great for other rock deaths either; 24th November was the 20th anniversary of the passing of Freddie Mercury and 22nd November saw 14 years since the death of Michael Hutchence off of INXS.