Have you been good? Will Santa bring you lots of goodies (I mean as in presents as opposed to Tim Brooke-Taylor, Graeme Garden and Bill Oddie of course)? I hope you are getting excited anyway as we’re now on day 15 of my ABC of Motown Advent Calendar, yes folks it’s December 15th and it’s the letter O. the song is from one of my favourite Motown voices, Smokey Robinson. It comes from his days with the Miracles and it is “Ooo Baby Baby” 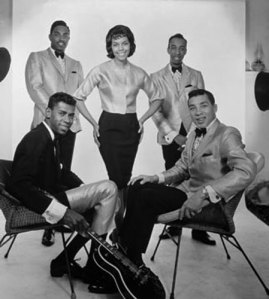 The song was written by Smokey and Pete Moore of the Miracles. The strings were arranged by Pete Moore. As is usual with almost all Motown hits it was the supremely talented Funk Brothers who provided the backing. “Ooo Baby Baby” reached number 16 in the US chart in 1965. A cover version of the song by Linda Ronstadt hit number 7 in the US in 1979. sadly it never charted in the UK. It has been covered by many other artists in addition to Ronstadt; including Todd Rundgren, Ella Fitzgerald and Shalamar who covered it as part of their “Uptown Festival” hit from 1977. That recording was actually a medley of classic Motown hits.

Smokey’s real name is William Robinson Jnr. His Uncle Claude gave him the nickname ‘Smokey Joe’ when Smokey was a boy. Smokey initially thought of it as his cowboy name, but as he got older his Uncle explained that as young Master Robinson was quite light-skinned it was a name to remind him of his roots. He dropped the Joe part of the nickname when he was a teenager. A couple of Smokey’s children also have interesting names too. There is a son called Berry, named after Motown President Berry Gordy. Smokey was Vice President of the label from 1961 until 1988. He also has a daughter called Tamla named after a label from the Motown portfolio. Those Motown fans from the UK will be very familiar with the amalgamated name the label took in Europe where it was known as Tamla Motown. 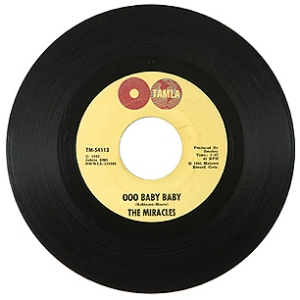 He also gets a mention in a couple of hit songs too. Firstly there is the sublime “Genius Of Love” from Talking Heads offshoot the Tom Tom Club in 1981. Most notably though he was the main man in ABC’s 1987 hit “When Smokey Sings”