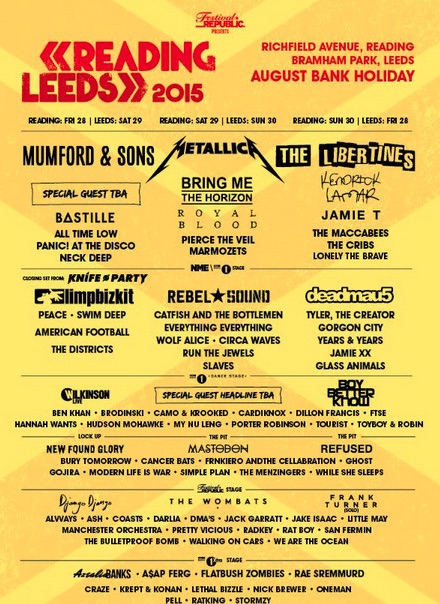 Where Fires Are – good band, great vocalist and the few songs we heard were pretty good.

Shura – great chilled out dance music. Dance to this lot for too long and you’ll sure need plenty of Sure deodorant though.

Ghostpoet – probably not a real ghost but a bloody good poet. I need to listen to more of his stuff.

Special Guest – at the BBC Introducing stage. I didn’t have a clue who he is. Apparently it’s Jack Garrett. Nope, I’m still none the wiser. But he does have a great voice, which I think would work better with a band. But then again he is also a very talented musician.

Skinner – sexy, sassy, ballsy just like the blurb. But on top of that Skinner has an amazing vocal talent and writes great tunes. The band are damned tight too.

Maccabees – sadly I only caught two songs. But this is a fine British band.

Jamie T – what a great troubadour. I think Zombie is the song of this years festival.

Manchester Orchestra – grungey and when you think of loud, then trust me this band is louder.

Little Comets – they’ve come a long way since I first saw them around five years ago. It’s like Vampire Weekend had a shot of Geordie. Excellent!

Frank Turner – oh man! What a perfect end to the festival, Frank Turner playing most of his best songs on an acoustic guitar for 90 minutes. Including an excellent cover of Queen’s “Somebody To Love” Who needs the Libertines when a legend like Frank is in the house.

Roll on next year. Will the Zimmer Twins be back? Let’s wait and see ………..

To be honest I don’t believe that I would crowd surf there!