This was my third visit to the O2 Academy in Liverpool in just over a week and there hasn’t been a poor night yet! Not that I want one mind you. Anyway tonight was going to be the first time that I had seen Reel Big Fish for around ten years. But before we move on to them there is the little matter of the support bands to deal with. First up were the rather fabulous local (well they are from the Wirral) purveyors of a really original British style of ska with a fun punk attitude, which echoes the Jamaican roots of the style with a nod towards the late seventies UK revival of this wonderful form of reggae. Ladies and gentlemen I give you Broken 3 Ways. If they are playing anywhere near you then believe me I will be very, very disappointed indeed if I hear that you didn’t go and see them. 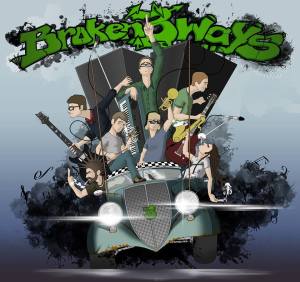 Next up were the California-based ska pop punk band Suburban Legends. Are they suburban? I don’t know. Are they legends? Well I reckon then can become so! They played some great covers of, would you believe it, Disney songs. This sort of thing shouldn’t really work, but it does with this band. The fact that they can carry off ska punk style versions of “I Just Can’t Wait To Be King” and “Under The Sea” with such aplomb is the mark of a great band in my opinion. They supplemented Disney with a few originals and a rousing version of Neil Diamond‘s “Sweet Caroline“. Could this night get any better? 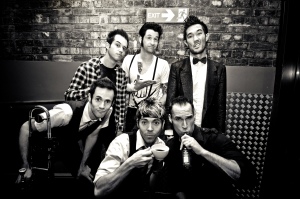 Actually it could get better and it did. Is it even possible to not enjoy a Reel Big Fish gig? I don’t believe that it is. This was a phenomenal set by a band that remains at the peak of their power after more than twenty years of success. From set opener “Everyone Else Is An Asshole” to the superb cover of A-Ha‘s “Take On Me” at the end of the encore the quality and the pace never dropped. they played around with some potential and fun covers; “Smells Like Teen Spirit” and “Don’t Stop Believing” respectively. But perhaps the best cover of the night was a stonking work out of the ska classic “Monkey Man”, Toots Hibbert would be proud of that one! This band has so many great songs and they played a stack of them tonight; “Your Girlfriend Sucks”, “The Kids Don’t Like It”, “She Has A Girlfriend Now”, “Don’t Start A Band” and “Your Girlfriend Sucks” were some of my favourites from this set. I will not be waiting for ten years before I see them again. Go and see them yourselves right now. That’s an order! 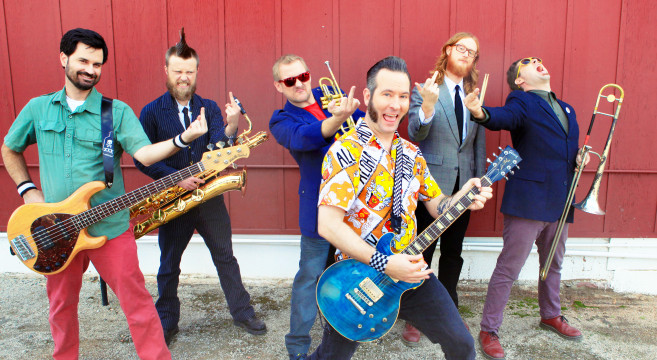