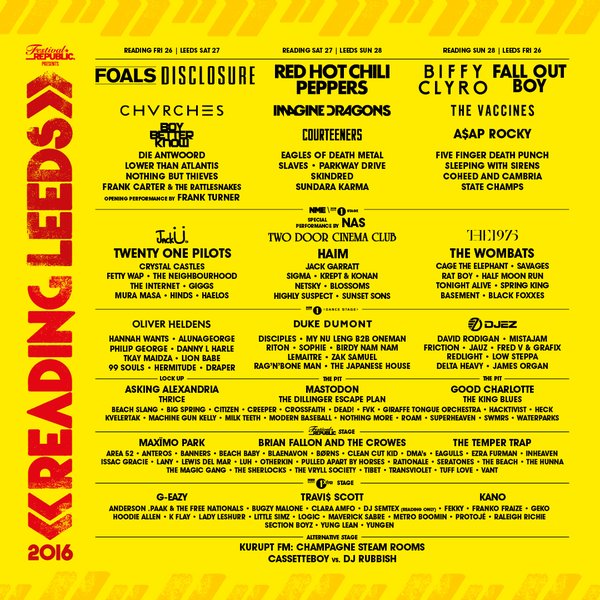 Going to hit Mud City – yaaaay! It was a later start than the previous two days, my old bones are suffering from walking through gallons of thick, cloggy mud, In fact part of me wanted to stay home today, but I really didn’t want to miss Avalanche Party. The good news is that I was able to blag my way into guest parking. So sometimes looking old, well-worn and grizzled is a good thing, right? As I walked onto the festival site plenty of kids were leaving saying that they couldn’t face another night camping in the mud. I can’t say I blame them. 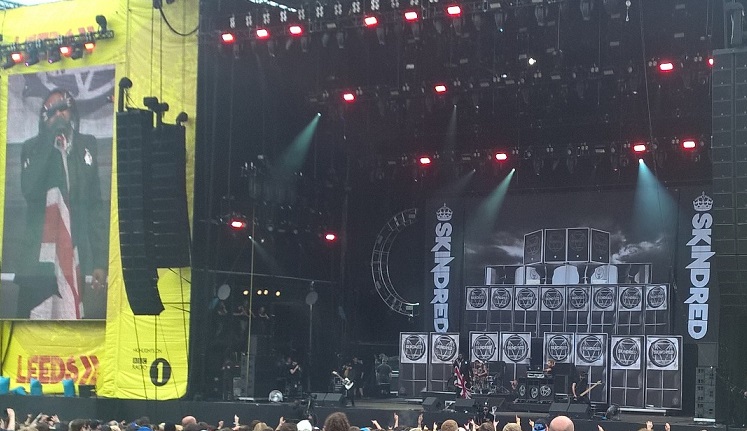 I went to the Main Stage first just after stopping off for some excellent festival food, a fish finger sandwich! British band Skindred were just about to come on stage as I arrived. You really have to admire a band that enters the stage to a kind of dance mix of the Imperial March from Star Wars. Skindred? Wow what can I say? This is a really hard-hitting Stupendous band. Think Rage Against The Machine, the Prodigy, Metal, dub, toasting and humour. This lot knows how to rock hard and how to entertain. The frontman is among the best that I have ever seen. Then of course there is the Newport Helicopter……..wait for it bitches! You really need to check this band out if you haven’t already. After that it was off to the BBC Introducing Stage for Tiny Giant. There is nothing tiny about their sound, it’s gigantic. Imagine a cross between Kate Bush and Lene Lovich fronting a powerful indie pop band. That is kind of what Tiny Giant seemed like to me.

Now it was time for the big event of the day, Avalanche Party on the BBC Introducing Stage. This is a big deal from this superb north-east band (they played the same stage at Reading the previous day). Regular readers will know that I am a big fan of Avalanche Party and that I have seen them quite a few times. But one question I have is how can a band get better every time you see them? Well if they’re Avalanche Party they can and they do. This lot doesn’t play at being a rock band, they ARE a rock band!Punk, psych and everything in between is what they deliver. Front man Jordan Bell stalks the stage like he owns it (and in effect he does). He comes across as the bastard son of Jarvis Cocker and Jim Morrison with one of the most piercing stares in music today. Without doubt Avalanche Party smashed Leeds. If you were here and had never seen them before then you must be a fan now, otherwise I fear for your mental health and your taste! Festival organisers can we have them on one of the other stages next year please? I would also like to give a special shout out to some of the folks who travelled from Avalanche Party’s home town in a minibus, especially Debbie Hutchinson, Emma and Danjo. Lovely people and great fans of the band. 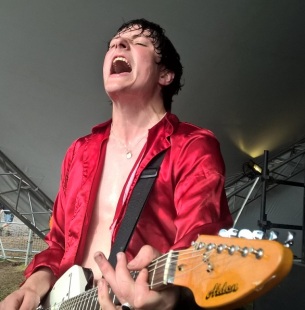 Well that was really all I was at the festival for on Sunday, but I persevered a little longer in the mud. I turned up at the NME/ Radio 1 tent next for Netsky. This is yet another dance act (ok I am being somewhat curmudgeonly about dance acts at this festival, but it’s just my opinion folks). Netsky in my opinion is a dance act emanating from a lineage that stretches back to rave, the Prodigy, Pendulum and Chase & Status. Obviously talented and skilled, but for me, well it feels like I’ve heard it all before.

Back to the Main Stage again next for the supreme festival good time party band the Eagles Of Death Metal. I must confess that I had forgotten just how good this band are. Jesse Hughes is yet another magnificent front,am and there have been some brilliant ones today. As an extra bonus their cover of David Bowie’s “Moonage Daydream” was ace. In fact I forgot to mention Fall Out Boy’s little Bowie tribute in my day 1 post, that was a nice touch.

Next it was Jack Garratt on the NME/ Radio 1 stage. Jack arrived via the BBC Introducing route a couple of years back (as did Everything Everything). There is a lot of what the BBC does that I really don’t like, but what they do with the BBC Introducing set up is simply first class. Jack is a fantastically talented singer, songwriter and multi instrumentalist. The last time I saw him play he was very nervous, but now, with an excellent first album under his belt he oozes confidence. He is also clearly enjoying himself too. He smiled through the whole set like a kid let loose in a sweet shop. It really is hard not to like this guy.

After this I am afraid that I wimped out somewhat. I was knackered and mud fatigued. I decided to head on home to my beautiful wife Catwoman (a.k.a. Catherine). I had planned to stick around for Imagine Dragons and the Red Hot Chilli Peppers on the Main Stage so I ought to apologise to those two magnificent bands. Anyway having aqua-planed out of the car park just behind a car being towed out by a tractor it felt to me like I had made the right decision. So after all those Reading visits how was my first Leeds Festival? Well apart from the mud it was magnificent. I will be back here next year although it does leave me tinged with sadness to be finally saying goodbye to the Reading Festival, Leeds is every bit as good and in fact in many areas it is better. In particular that it is a more compact site and that the Main Stage is at the bottom of a slope which means even those of us who aren’t super tall can see quite well from a distance! I would love to hear your experiences of this years Reading and Leeds Festivals.

These boots were made for walking, walking in the mud!