This was another fantastic line up and a great night presented by Behind The White Door at one of York‘s best gig venues. Yes another power packed show at the Fulford Arms. It was remarkably a free entry gig, but like others I did contribute to the band collection and bought some merch too. It was also great to catch up with good friends and gig veterans Mike Harrison and Simon Pattinson. Anyway it was one of the north east’s if the UK’s finest bands Avalanche Party that brought me out on a damp March night. In fact this was the sixth time I have seen them. But more of them later. The show kicked off with Moriacana who in my experience are possibly one of the loudest two piece bands I have ever seen. But this very talented drummer and guitarist/ vocalist aren’t just all about loudness. The noise that they make is grungy heaven. I am sure that this York band will be compared with the likes of ..And The Hangnails, Royal Blood and other similarly set up two pieces, however while that is all well and good it should be noted that Moriacana also bring their own uniqueness to the party.

Next up was the rather interestingly named Unqualified Nurse Band all the way from Derby. They can do punk, they can do heavy, they can do grunge, they can do quiet loud quiet (à la Pixies) and they can even do some slowed down more intimate moments. Actually is there much that they can’t do? I don’t know, they certainly gave us a pulsing and thrilling set which was mildly reminiscent of the magnificent Biffy Clyro. I bought their EP and I have been playing it in the car today. Definitely a band to watch out for. The third band to take the stage were one of York’s finest young bands, the Black Lagoons. I have seen them once before just over a year ago and they were damned good then. Are they still damned good? Actually no they’re not ………… they are even better than damned good! they play a fuzzy, swampy and at times proggy take on garage rock. They do it with style and stage presence. The drummer sounds like a young John Bonham and I can only imagine that the Black Lagoons will continue to grow. Being local they also brought along quite a sizeable fan base. It was a shame that some of them left before the headliners. 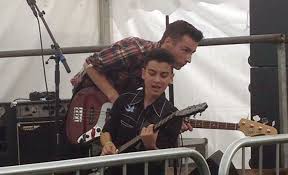 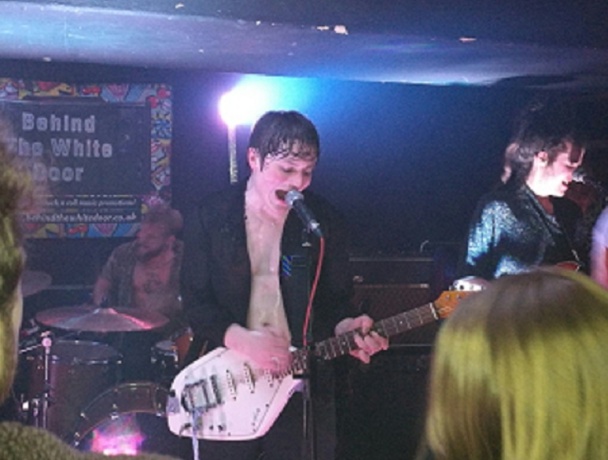 Actually if you’re a fan of the Black Lagoons then I am sure that you do or will love the head honchos from tonight’s gig. Yes it was a triumphant return to York for the mighty, majestic and magnificent machine that is Avalanche Party. Jordan Bell stalks the stage like Jim Morrison with a mastery of that menacing, hypnotic stare. His vocals ooze classy and classic rock be it psychedelic, punk or anything in between. The bedrock of the band is the awesome rhythm section of Joe Bell and his thunderous bass and Kane Waterfield who pounds his kit to death every set. Overlay that with the sublime and psychy lead guitar of Jared Thorpe and let’s not forget some excellent sweeping keyboard sounds from Glen Adkins. It was yet another stunning set from a great band who I first saw back in August 2014. My favourite songs of the night were “Money” and “Let’s Get Together”. With an appearance at Leeds and Reading festivals last year I feel sure that Avalanche Party have the potential to really make it big. If you haven’t seen Avalanche Party yet then where the bloody hell have you been? Get out from under that stone and seek them out, you will not be disappointed!

Public Service Announcement – the Avalanche Party pictures were taken on my phone, all the other pictures and videos are courtesy of that wonderful t’interweb!