This wonderful, intimate venue was home to a wonderful and intimate gig on Tuesday night courtesy of the talented Mr Simon Pattinson of Northern Radar. Mr P always puts together some excellent packages and I would like to congratulate him on his first sell out gig, may there be many more! Incidentally if you spot any gig promoted by Northern Radar give it a shot, Simon has never let me down in all the years I have known him.

Anyway tonight was a really chilled acoustic gathering kicked off by Laura Kindelan from York. For me Laura evokes what might have been had Jeff Buckley been female. This girl has so much soul in her voice and also a magnificently chilled and carefree style. She also has some great songs, “Sweet Tooth” is achingly, stunningly beautiful and I love it. 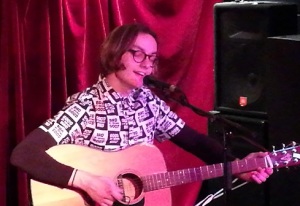 I first saw tonights second act, Epilogues back at this same venue in September last year when Mikey was supporting Jordan Mackampa. I liked him then and I still do. He said that he was nervous at the start of his set, but it really didn’t show. He has a great vocal range which is suggestive of both Thom Yorke in his softer moments and David Bowie circa 1969. The name Epilogues suggests closure but this fella has so much to offer that maybe he should become Prologues. 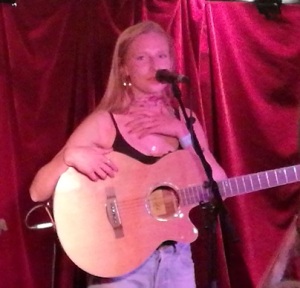 Billie Marten was the headliner tonight although she did say that she was blown away by the support. But whilst everyone tonight put in great performances for me Billie definitely shaded it. How many “Internet Sensations” (Billie came to prominence via her own YouTube channel as a young girl and then on a local YouTube channel called Ont’ Sofa) have true talent? I would wager that not many do, but Billie Marten has talent in spades. Her performance evokes a slight spirit of Joni Mitchell but she is also very much her own woman. “Cartoon People” belies the fact that Billie is only eighteen, it is a powerful song about Donald Trump and his daughter. It is a great song that would win over anyone in possession of a brain and a heart. This young lady will go far and she deserves to. She also shared some of her home baked cake with us and I can tell you that it was damned fine too.