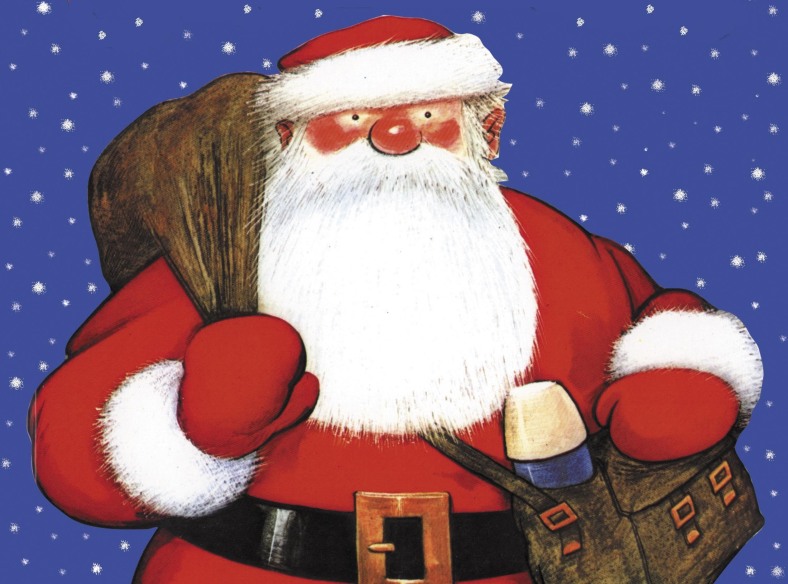 This is it Christmas Eve, day 12 of my 12 days to Christmas series of posts. The final one that brings you famous people from history featured in a song, obviously they have all been real and today is no exception. I bring you the bearded weirdy, the fat bloke in the red coat, yes old saint Nick or as I prefer to call him, Father Christmas. He is real ok, don’t let anyone hear you say otherwise! Father Christmas first appeared in the 17th century and until the Victorian age he was seen as a symbol of adult merry-making and feasting. It was around then that he became the bearer of yuletide gifts, especially to children. Santa Claus is an American traditional name for the Christmas figure. Father Christmas’ coat was depicted as green, brown and even blue. It was a big advertising campaign by Coca Cola in 1931 that switched to the now far more common red robes. As it’s Christmas I won’t be focusing on any particular artist today, but I have selected a diverse set of Father Christmas and Santa Claus songs. Finally I would like to wish all of my readers a very happy Christmas, or happy holiday, or a happy life, whatever floats your boat. Just be happy! If you would like to track Father Christmas’ progress in your area click here.