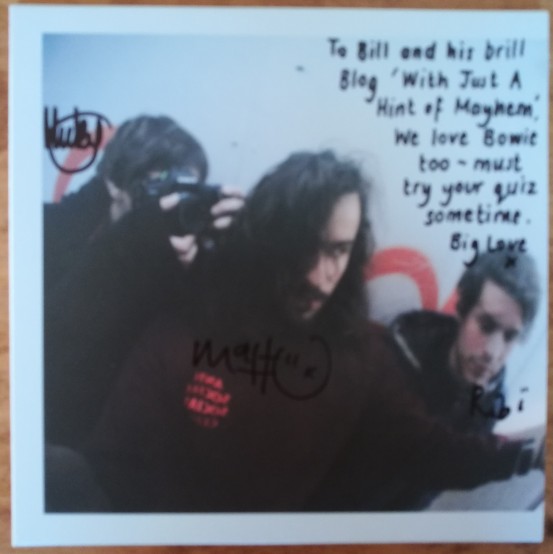 I haven’t seen the Little Comets anywhere nearly enough. The first time was back in 2009 at Fibbers in York and the last time was at the Reading Festival in 2015. But I have followed their rise via the web and online blogs and webzines. So I was very keen to be the owner of a 7 inch vinyl release by them when the release of “M62” was announced a few weeks ago. I decided to review the single but not when all I had was the CD version. But last weekend the red vinyl version arrived with a very special dedication from the band on the cover! 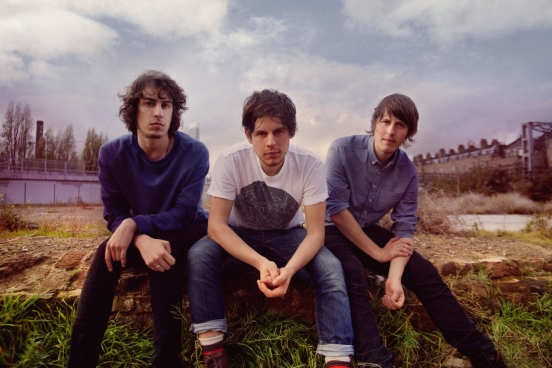 “M62” is a relatively simple song with a great hook and some very witty and clever lyrics. My favourite is “Oldham looms like an older brother, I want Bury to be my lover”. This tune probably mentions more UK northern towns than almost any other song, apart from perhaps “It’s Grim Up North” by the JAMMS/ KLF. It feels a little more pop slanted than many Little Comets songs, but that adds to its beauty. Forget “Route 66” we need more songs about British roads. 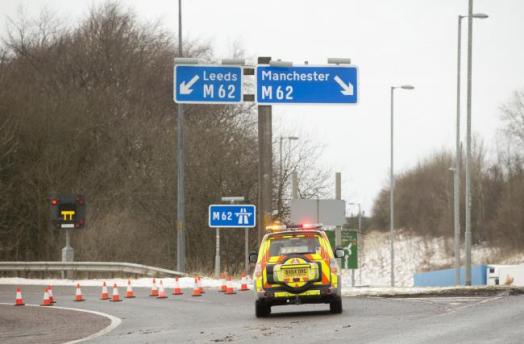 On top of all that there is the B side, yes vinyl singles bring that back don’t they. The song is “The Punk Is In The Detail” and in my opinion it is most definitely not the ignored sibling but very much a classic b side song. One that easily holds its ground against the A side. I sense a layer of politics in the tune and that adds to the appeal. Just like “M62” it has the hallmarks of a very smart earworm. I am looking forward to seeing this fine band playing live again soon! Oh and by the way Little Comets, if you want to join the quiz, just click here, we would love to have you on board!