With Just A Hint Of Mayhem’s newest writer Tom Ray test drives the new itoldyouiwouldeatyou album. Check out his thoughts on ‘Oh Dearism’ below. 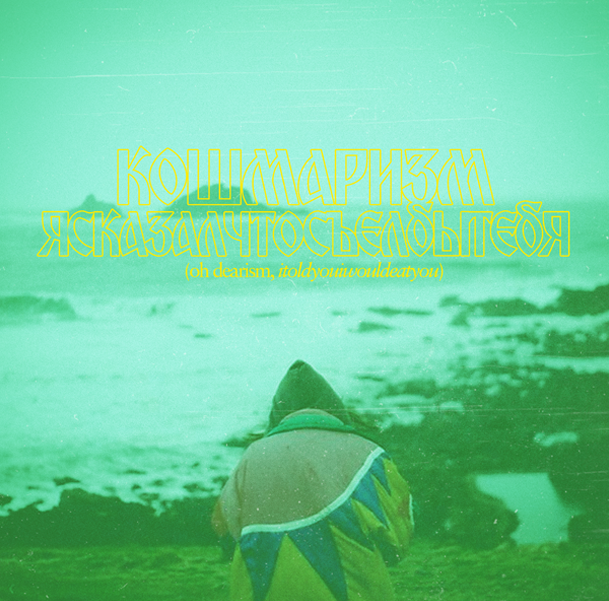 “It’s about Wilfred Owen, King Harold, Siegfried Sassoon, Robert Graves and Vladislav Surkov. All of these represent real people in my life at various different times. Some of them are me, too.”

itoldyouiwouldeatyou describe themselves as an Indie-Punk/Emo/Experimental act. I have to confess that ordinarily, the ‘E’ word would be enough to send me running for the hills, but I persevered and found a lot to like with ‘Oh Dearism’, their début album.

Hot on the heels of their February EP, ‘Get Terrified’, ‘Oh Dearism’ is a startlingly diverse record.

Before I talk about the music I’d just like to point out that I really like the album cover, especially the muted blue filter. It looks very much like a modern Shoegaze album. I also really like the lack of capitalisation in both the band’s name, and the song titles. These kinds of small, simple touches really make a band stand out to me.

The opening track, “earl, king, whatever” opens with a church organ playing a morose drone under lyrics inviting someone to a funeral, as a date. You know, like that Peep Show episode but with less humour. Beneath the organ drone, a distorted guitar drone fades in slowly. The whole intro has a grainy, lo-fi texture to it.  The lo-fi vibes fade entirely when the guitar, bass and drums drop in, revealing a crisp, clean, modern production.

Across the following eight tracks, the lo-fi intro to hi-fi song trick is repeated several times, to great effect. The noisy segue between “earl, king, whatever” and “gold rush” is a great example. Or the analogue-sounding synth intro to ‘gathering things together and not dividing them’.

Throughout, eerie synth sounds and syncopated drumming rub comfortably against accomplished, melodic lead guitar and all manner of strange guitar pedal noises, from strange squelches to bitcrushed distortions. These are the sections of the album that I particularly enjoy, when the band really let their hair down and make noise. These sections remind me of a favourite ‘90’s band, Swirlies. Inhabiting the sonic space between Grunge and Shoegaze. I’d be interested to see itoldyouiwouldeatyou take this side of their sound further.

The lyrics tend to deal with issues such as (in their own words); “questions about identity, about love and sexuality, about gender, about morality and responsibility, about the social and political structures which constrain us, and about the fitness of the institutions and systems that underpin modern society to provide us with a world that works for us all.”

So, some pretty heady stuff to wrap your brain around, but I failed to find much depth to their lyrics. maybe I’m too old. I imagine, as a teenager, I’d probably find them a lot more poignant and poetic.

A decent effort for a band way outside my comfort zone.

In the meantime check out their video for latest single, “gold rush”;