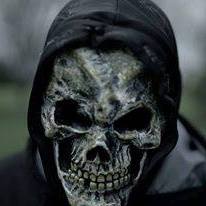 This is the first in a series of posts about artists that are completely new to the With Just A Hint Of Mayhem Blog. Just because we have only just heard of them doesn’t mean they are new to you. But whether they are or not we would love to hear your thoughts. The series will be called Mayhem Virgins (there is no link to any company associated with Richard Branson’s Virgin empire!). Incidentally With Just A Hint Of Mayhem is now available on FaceBook and Twitter.

The first act to feature in this new series are all the way from Indianapolis, Indiana in the USA and they are called September Sky. If you like your metal heavy and your rock hard then this band are for you. They have a collection of riffs that would challenge any other metal band. If you are a fan of Avenged Sevenfold, Metallica, Trivium and the like then you will certainly love September Sky. Their classy riff-laden, harmonic sonic assault called “Fallacy” gets into your head from first listen and the video for that song is pretty darned good too.  September Sky is; Scott Bernhardt – Vocals, Larry Craig – Guitar, Scott Rainey – Lead Guitar, Kevin Rickett – Bass
and Becket Weir – Drums. Their bio says that they have ‘made it a priority to write original tunes that empower and inspire its audience to conquer all that is life’. I reckon they are well on the way to achieving that! You can contact them on Facebook and Twitter

Are you a fan? Tell us what you think of September Sky!