Mansun’s ‘Attack Of The Grey Lantern’ has remained one of my favourite albums since its release back in 1997. I was also lucky enough to see Mansun twice at the Reading Festival back in 1996 and 1998.  So the prospect of seeing Mansun main man Paul Draper solo in my adopted home city, York was exciting. Made even more interesting having reviewed Draper’s solo album, ‘Spooky Action’ and the reissued ‘Attack Of The Grey Lantern’ earlier this year for those wonderful folk over at 3 Songs & Out. Mr Draper is currently winding up his first ever solo acoustic tour aided by the mega talented guitarist Ben Sink. But before I tell you about that dynamic duo I need to update you on the rather spiffing support act Flo Perlin and her band. If I had to put Flo into any genre I might opt for modern folk singer. However her voice is that of an angel and has some of the crispness and clarity of a young Karen Carpenter. She is also a skilled multi instrumentalist, this evening she showed her prowess on guitar, ukulele and keyboards. Her songs feel like they are written from the depths of her soul and seem to be very much about her life. I was really keen to meet her afterwards and buy her album, ‘Cocooned’, but sadly by the time I went to the merch stand later in the evening she had left. her parents were in the audience tonight and I am sure they are very proud of Flo. Rightly so too, this was a classy and heartfelt performance. In addition to Flo’s excellence I should also mention the supreme contribution of her band on beautiful harmonies, violin and understated but perfect percussion. You really should check her out.

Paul Draper and Ben Sink hit the stage at around 9:30 by which time what had looked like a relatively small audience had grown considerably. The balance was probably around 70% Mansun songs and the rest from Paul’s solo career. When you hear some of these songs played in such a raw form it shows you just how bloody brilliant they are. “Friends Make The Worst Enemies” and “Jealousy Is A Powerful Emotion” were highlights from Draper’s solo repertoire. From the Mansun years it was “Dark Mavis” and a song that is among my most favourite ever by anyone, “Wide Open Space”. It is so hard for me to recognise that the latter two songs are more than twenty years old. But I guess that just defines the word timeless! The complexity and emotion of his songs is immense. Draper’s vocals were spot on the whole night, even if he surprised himself by hitting some of the higher notes. Musical backing was Paul Draper with highly effective acoustic guitar playing and an almost ethereal electric guitar performance from Ben Sink. His gorgeous musical motifs swept in and out throughout each tune enhancing what you might have believed could not have been enhanced. His style was for me reminiscent of Bernard Butler in the early days of Suede. Mr Sink also plays guitar with the Anchoress among others. His prog like creativity is the perfect foil to Paul Draper’s wonderful delivery of his often incredibly deep lyrics. Paul handled one particular über fan very well addressing being heckled with a great sense of humour. This just made me ponder how difficult it can be for performers when they face their “number one fan” (to quote Stephen King). Listening and watching tonight’s performance made me realise what a very special songwriter Paul Draper is and I do not believe he gets the recognition that he deserves. But now with a masterpiece of a solo album and a better back catalogue than may of his Brit Pop peers maybe he will. 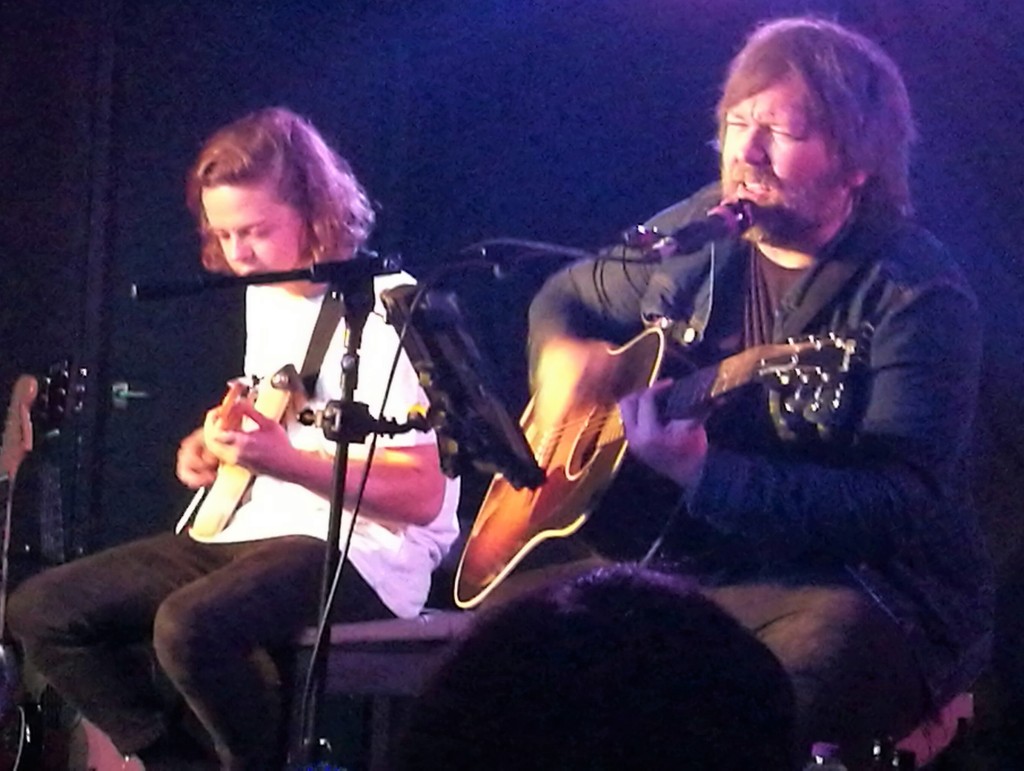 Public Service Announcement: – All photographs (except the gig flyer) were taken and edited by me using my cheap android phone from China. All videos were found on YouTube. If one of the videos is yours and you would like a credit or for it to be taken down please let me know.