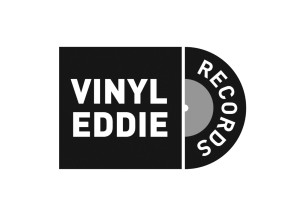 Tonight was the launch party for the brand new label started by what is probably York’s finest Record Shop Vinyl Eddie. No prizes for guessing that it will be call Vinyl Eddie Records. The first two releases are from two fabulous York bands; The Receivers  with the six track ‘There’s More To The World’ and Violet Contours with a self titled four track EP. I now own both of these records, so you might already have a view of what I think of my view on the two bands who were co-headliners for the Fibbers gig. But before I get to them there were another two support bands before the main events. First up were York trio Fear and Loathing who showed absolute fearlessness and no visible loathing. They have a really chilled jazzy, bluesy guitar sound with the kind of hooks that can be found in Nick Cave’s more commercial songs. On the slower parts to their tunes the vocals, for me, showed elements of the best of Scott Walker interpreting Jacques Brel. Some of their tunes have an underlying tone of menace and when they rock out Fear and Loathing are bloody funky indeed!

The Vedettes were next and they are yet another talented band from York. These boys make a mesmerising, frenetic and frankly, stunningly gorgeous noise. When they get their funky groove on the sound reminds me of early Spandau Ballet, circa “To Cut A Long Story Short” and “Musclebound”, before they went soppy with the likes of the sugary, insipid “True”. Kell Chambers vocals come across like he is fronting a punk band that knows how to create dance-able anthems and let’s face it that is what the Vedettes are; punky, funky and slamming dance all rolled into one. Can the Vedettes be contained in one genre? Probably not, unless that genre was Manic Hyper Disco Punk from another galaxy! Check them out and see and hear for yourselves.

Next it was time for the first of the two joint headliners, the Receivers. This is an incredibly talented band who get better every time you see them. They are a well honed and incredibly tight band who have a knack for writing some great tunes across a range of styles. “Saturday” is probably their most mainstream and accessible song and it has some immense pop hooks and style. Add to that the unavoidable urge forced upon you to sing along to the chorus. Then they vent their anger in possibly the best way since the heady days of UK punk in “That’s What They Told Me”. The songs from the new release are close to perfect; “Leave The Right Marks”, “Rimshot” and a supremely emotionally charged “Grand Central” proved that and there was a palpable sense of delight and excitement in the crowd throughout the band’s whole set. But even the old songs are something special, “A Thousand Times” is an anthemic banger that makes you want to move your body, for me it feels a little like the Stereophonics at their peak. Nick’s vocals were spot on in this set and Alex is developing into one of the best guitarists around, he also seems to possess more energy than the Duracell bunny. But underpinning the whole receivers sound is the Rolls Royce of rhythm sections from Louis on drums and Harry on bass. The Receivers are definitely one to watch and I am looking forward to seeing them live again soon!

Completing the line up and showcasing more of what is great about the York music scene were joint headliners Violet Contours. Just like the Receivers they have a fabulous record to promote. They have an effervescent, bright and happy sound that has the power to get even the most lethargic people on the floor. There are Vampire Weekend influences in their African style guitars and perhaps some Stone Roses although Ben Henderson’s vocals are probably better than Ian Brown’s in a live setting. Their brand of indie with jangly guitars and funky bass inspired by Orange Juice are a treat for the ears. The band are a solid and tight unit although they have only been around since 2016. One thing I really love about them is how much they seem to be enjoying themselves on stage. I am not properly familiar with all their song titles yet, (although “Pixar” and “Airstrike” are mint) but as I travelled home my head was full of Violet Contours rhythms, melodies and the sheer exuberance that oozes from their songs. Vinyl Eddie Records are off to a great start with initial releases from two of York’s finest bands; The Receivers and Violet Contours. If we don’t here a great deal more from both bands then I might have to eat my hat. Check them out! 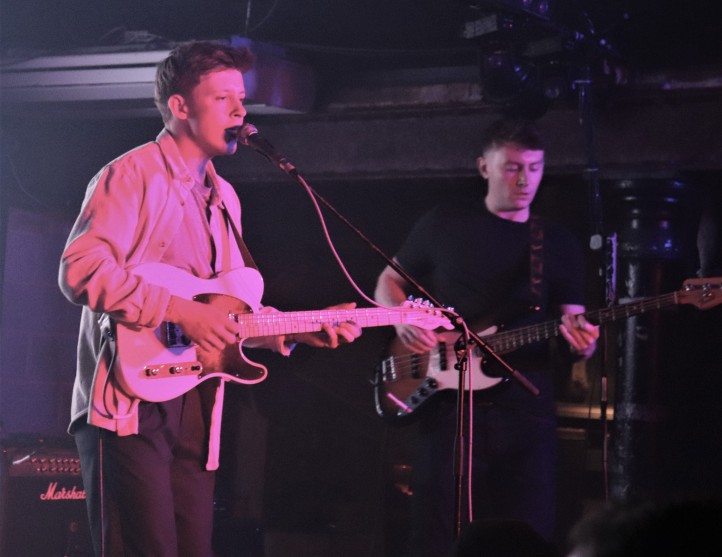