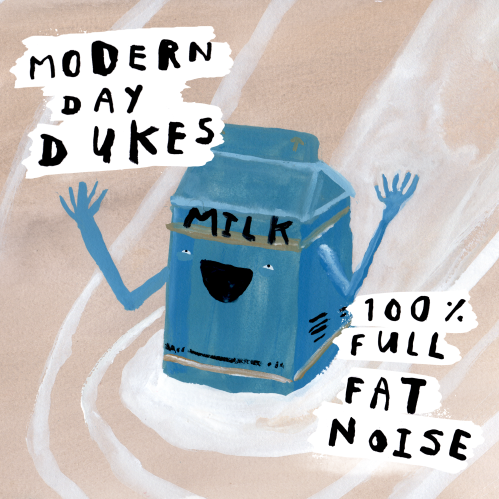 Modern Day Dukes describe themselves as a dirty, grungey, weird punk band. I have no idea if that description fits Pais, Rory, Hannah, and Jordan personally, but it sure as hell describes their music perfectly. The band release their first album ‘100% Full Fat Noise’ this month and I am delighted to be among the first people to hear it. The album is full of a blend of full-on hardcore punk style songs with swampy, grungey bass guitars overlaid with huge choruses often supported with some very clever counterpoint harmony vocals.

Album opener “Company Anthem” is a little strange and almost suggests in an overture kind of way that the album is a concept album, although I don’t believe that it is. “Liability Friend” has punk classic written all over it and I am so looking forward to hearing it played live. I was reminded of early Damned with “Go!” and the response part of the call and response chorus has echoes of a pre-fame Adam and the Ants. At times on this collection Modern Day Dukes lean toward the US alt.rock stylings similar to Creed or even the Foo Fighters. They wear Nirvana proudly on their sleeves for the magnificent “Tourist” which is perhaps the grungiest track on the record.

The soaring vocal refrain from “Spent” invites you, or even demands you, to sing along and takes up permanent residence in your head. Instrumentally it took me back to the grossly underrated Tin Machine. I was reminded of that short period between punk and post-punk, say 1979 to 1980, by “Brand Loyalty” and after three listens this is probably my favourite track from ‘100% Full Fat Noise’. The angriest song here feels like “Okhrana”. Apparently, the Okhrana were the secret police of the Russian tsars, created in 1881 after the death of TsarAlexander II in 1881. It has a madcap feel to it, like the Fall going in a heavy metal direction. If the Ramones went prog rock then they might have created “Low Calorie Groove”.

Production by Piper Dawes is excellent and although I haven’t seen them live yet, it has a live feel to it. I must give a special mention also to Mike Bromage for the wonderful cover art. Modern Day Dukes have the ability, talent and scope to become a great band, they are already contenders for one of the best Yorkshire bands, hailing from Sheffield, Huddersfield, and Harrogate. Modern Day Dukes, on the evidence of this album are clearly a band on top form. Check out ‘100% Full Fat Noise’ you will not be disappointed and if you listen to it and don’t become a Modern Day Dukes fan then you and I need to have a little word, capisce? 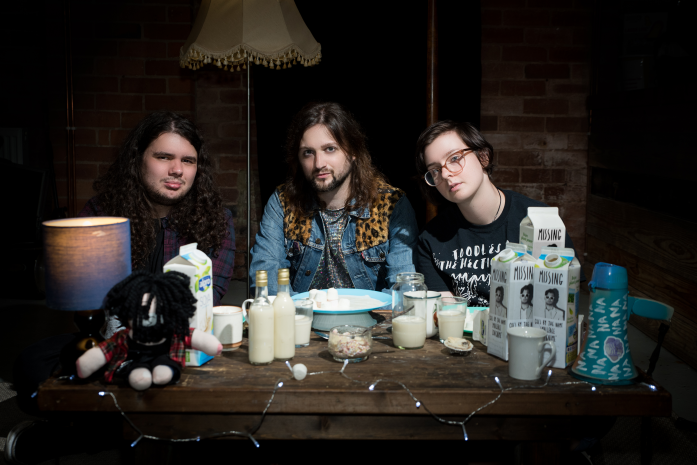