Those Indie funsters Pool Sharks from Leeds have a new single coming out on 17th October. It is called “Craw” and follows hot on the heels of previous single “Like This To Die Instantly”. I had the pleasure of seeing these boys play live almost a year ago at the Brudenell, Leeds in support of Skylights, and I believe that was one of their first gigs. Back then I sensed elements of Franz Ferdinand and Edwyn Collins. In “Craw” I get a kind of David Byrne vibe if as if the Talking Heads main man had been British. This song would also sit nicely alongside some of Basher’s (Nick Lowe’s) top tracks from the late 70s. “Craw” has an infectious melody and hook which settles nicely into the brain after just one listen, it has everything needed to be a classy Indie Pop hit and will work incredibly well on radio. The lyrics are very clever in the way they convey what was once referred to as ‘Kitchen Sink Dramas’. This new single does not stick in my craw, but it has taken up residence in my head and is unlikely to leave in the near future. On the evidence of Pool Sharks releases to date their album when it arrives will be a winner!

While you wait for “Craw” to emerge into the world click here to check out the Pool Sharks other stuff out on Spotify and to keep you going how about a live version of the upcoming single in the video below! 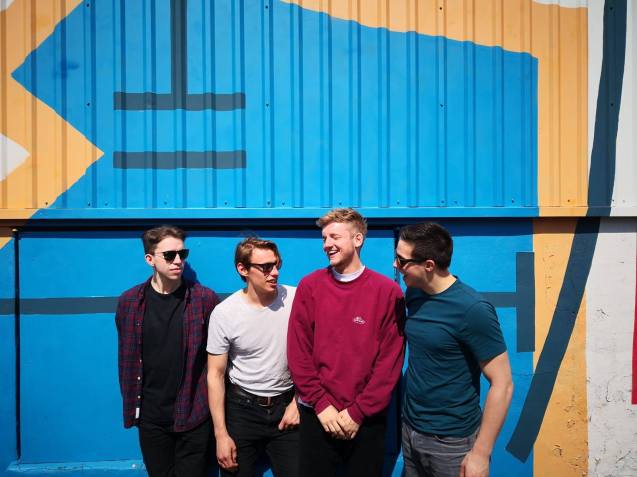