This date was a part of the Faux Pas autumn tour which includes support slots with LIFE and a number of in-store shows. This show was obviously one of the in-store sets, given the wonderfully intimate setting of the Vinyl Cafe in York. Faux Pas are considered by many, including me, to be among the finest young UK bands around at the moment. Did they live up to that accolade at this gig? You will have to read on to find out as there were also a couple of great support acts on the bill before the main attraction.

First up was Will Dreyfus, a York-based singer-songwriter who has a talent for writing story songs with a flow and narrative of very early Springsteen. Some of his tales are truly epic and ooze with an abundance of emotion. Another obvious comparison for me was a more folk-based George Ezra, but Will is also much more than that. He also displays a great self-deprecating humour and for me, he inadvertently came up with the best accidental phrase of the night; “Life is a learning curse”! The songs that Will performed at this gig were all sad songs of some degree, but I spoke briefly with him afterwards and he tells me that he does have some happy songs and having checked him out online that is absolutely true. I recommend that you give this bloke a listen.

Next, it was the turn of Lily Honey, another talented Yorkshire based singer-songwriter. She has a voice that conveys soul, passion, and honesty. I don’t know if Lily has the octave range that Karen Carpenter possessed (not many singers do), but the clarity of her intonation is very Carpenteresque. According to Lily, her own songs are “down and sad”, although some might say poignant. Based on her performance tonight that might well be true, however, her songs are full of class and suggest a maturity in songwriting way beyond her years. Her cover of EnVogue’s 1996 smash hit “Don’t Let Go (Love)” was powerful and stunning in equal measure. I definitely want to hear more from Lily Honey.

This would be the third time that I have seen those magnificent punky noiseniks, Faux Pas. The first time was last November when they supported the Blinders at the Crescent in York and the last time was at the Fulford Arms in York as one of their TV Made Me Paranoid Tour shows. Both of those gigs allowed Faux Pas to showcase just how loud, proud and talented they really are. So obviously I was expecting a lot of them at the Vinyl Cafe last Friday, especially as it is a very small, intimate venue for which the volume would need to be turned down a notch. My expectations were exceeded as Ru, Lewis, and Joey proved that they can perform in any environment and that their songs work in quieter as well us loud mode. It wasn’t a full-on acoustic set with Ru adding some decent guitar to some songs and Joey keeping the beat with softer sticks throughout, giving a rich jazzy feel at times. But they were never too far from their indie-punk signature sound, especially with new single “That’s My Ego” where Ru’s vocals might well have melted some of the vinyl albums on display. On “Golden” Joey proved that he is more than just a damned good drummer with some skillful tinkling of the ivories. Perhaps the stand out for me though was Lewis’ guitar work he weaved his punk-jazz licks around every song and added layers to them that takes them to a different level completely. His axemanship was as good as a young Johnny Marr or Steve Mason for Gene in their mid 90s peak. Faux Pas wear their punk hearts on their sleeve, they could be this generation’s Placebo and they are on the same groundbreaking pedestal as contemporaries Queen Zee (who sadly announced their break up while I was writing this review). But wherever their influences may come from they are most definitely original and there is only one Faux Pas! Everything that I have seen and heard from Faux Pas makes me believe that beyond a shadow of doubt they have what it takes to go all the way and I hope they make it! If you haven’t caught them yet on their autumn tour either in support of LIFE or in-store shows promoting “That’s My Ego” there are plenty of opportunities left, go on you know you want to, actually scrub that, you know you NEED to see them!

All the photos apart from the gig poster were taken by me. (There are a few more below) The videos were all found on YouTube, if one of them is yours and you would like a credit or for me to remove it please let me know. I am also happy for you to use any of my pictures, all I ask is for a credit 🙂 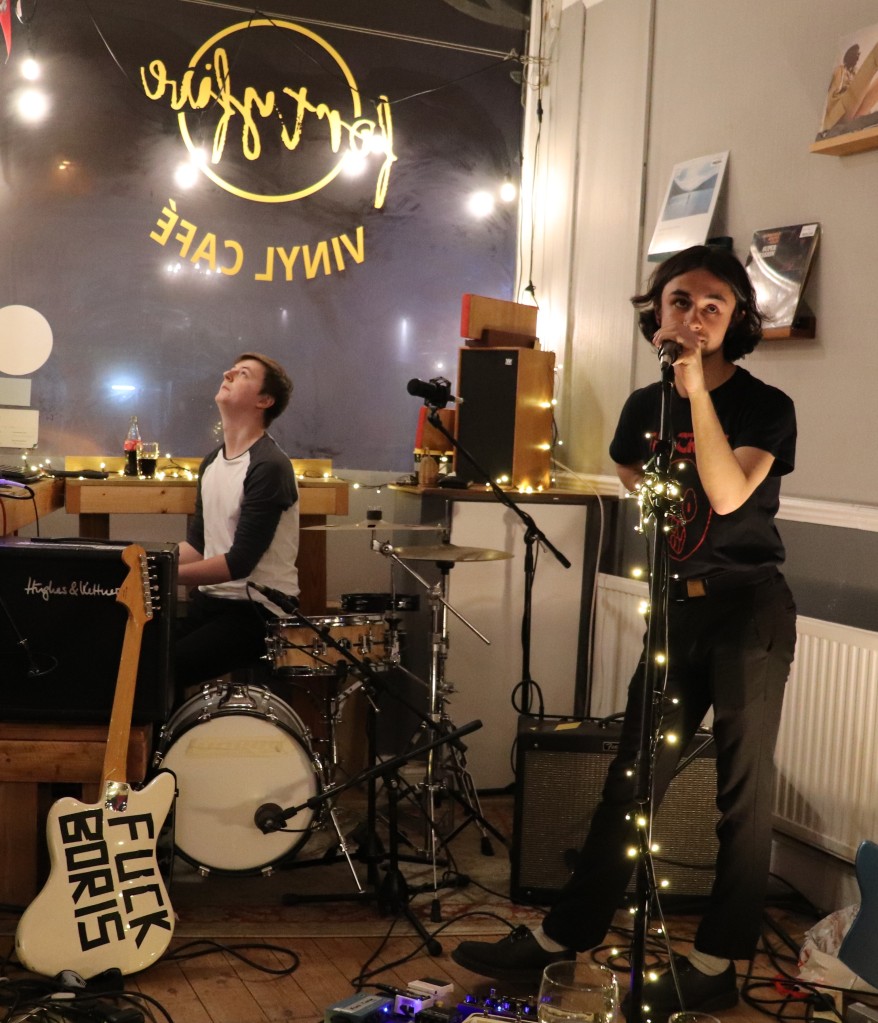 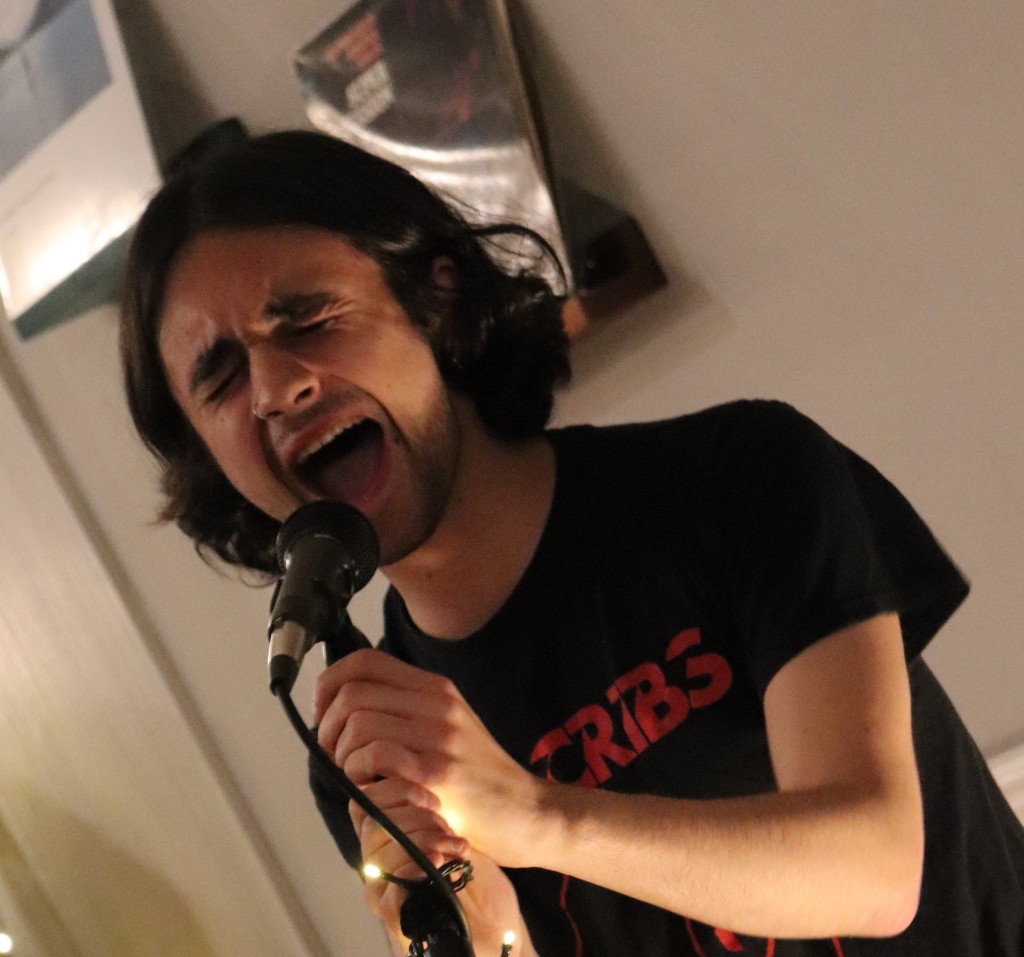 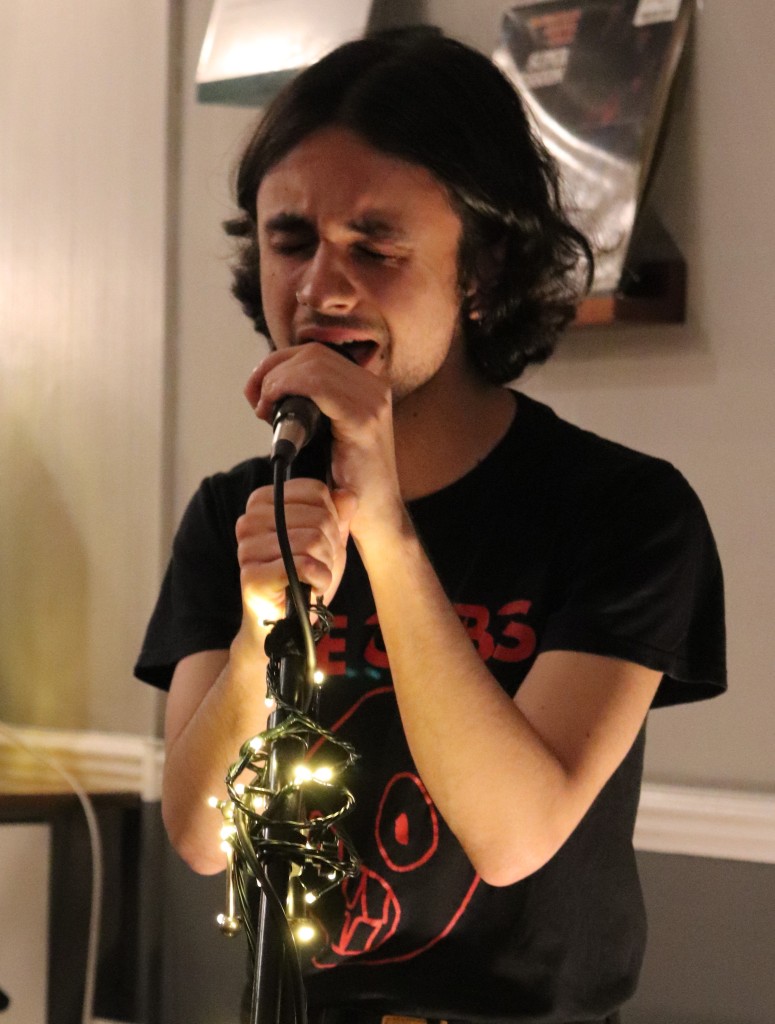