The Fulford Arms is such a great venue and it really feels like it has been here for a long, long time. But remarkably this show was in celebration of the Fulford Arms’ sixth birthday and it was a pleasure to be a part of it. It was a proper bargain too, five acts for £5. First up was Miles with an excellent solo set using a £30 guitar and a free phone app as his only backing apart from his wonderfully ethereal vocals. New song “Well” was very classy and “The Gap”, which Miles admitted he dropped earlier into the set than usual, was epic. But the highlight for me was “Aspirin” I really love that tune. Thank you, Miles, for a wonderfully chilled kick-off to the party!

Next, it was the turn of metal power trio Redfyrn. Imagine Kate Bush fronting a punk-influenced very heavy metal band with an added sprinkle of early PJ Harvey that is just one description of Redfyrn, but there are so many more. They are a band with great songs, none more so than “Silent Water”. This is a band that deserves to be heard. Their whole stage persona comes across as a little understated but they pack a hell of a punch, especially drummer Leo. This is definitely a band to keep an eye on. 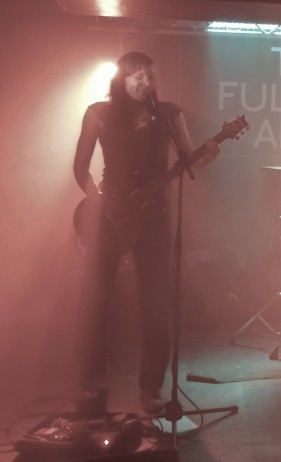 Percy, another of York’s finest took the stage next and this would be the third time that I had seen them in just over a year. They have a new album coming out later this year and judging from the live takes on some of the new songs and the demo versions that I have heard it will be darned good. Their last album, ‘Sleeper’s Wake’ from 2018 was excellent, I reckon the new one will see them step up their game once again. If you like the Fall or anything Mark E Smith was involved with then you will love this lot, in fact, if you love your music with a punk attitude, a pinch of prog and at times political then you will adore Percy! The highlights for me, as expected, were the Brexit related tunes; “Unicorn” and “Will Of The People”. I can see the latter getting played a lot during 2020. 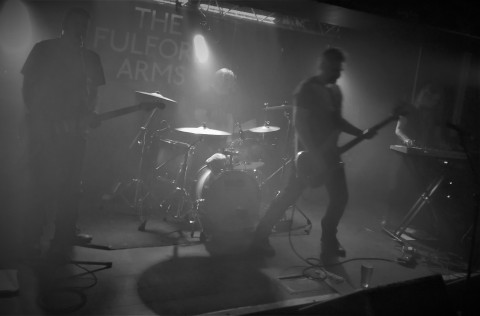 Probably one of my favourite current bands are My Wonderful Daze. Their appearance on the bill at the Fulford Arms on 10th January marked the fifth time that I had seen them in six months! They played at my first ever gig promotion at the Crescent just a week before this show. I was really pleased to see that vocalist Flowers a.k.a. Chloe’s voice was back to full strength after the cold and sore throat at the Crescent. Not that there was any dip in the quality in the previous weeks set mind you. The played some pounding versions of the tracks from their recent EP, ‘Guilty Party’. One of the many things that I love about this band is their overpowering energy, they don’t build to a crescendo, they start with one and keep it at that level for their whole set. Chloe showed great personality when dealing with tonight’s technical issues too; faulty microphone and a broken bass string! I don’t know when the first My Wonderful Daze album will appear, but I am so looking forward to it and to seeing them on stage plenty more times too!

Headliners were another rather excellent York band, Cowgirl, tonight was the third time that I have seen them and in fact the second time in just a few weeks. Their scuzzy, dirty and sometimes feedback-driven garage rock is reminiscent of the Jesus And Mary Chain, Black Rebel Motorcycle Club and one of my favourite US bands, the Detroit Cobras. Many of their songs have an underlying electric blues feel, but one that is distorted with punk attitude and noise. I also see a young and more vibrant Velvet Underground in Cowgirl’ swagger and stage presence.  Small sweaty venues like the rather excellent Fulford Arms were made for bands like Cowgirl. Check them out now, that is an order!

All the photos apart from the gig poster were taken by me on my cheap Chinese android phone. The videos were all found on YouTube if one of them is yours and you would like a credit or for me to remove it please let me know.