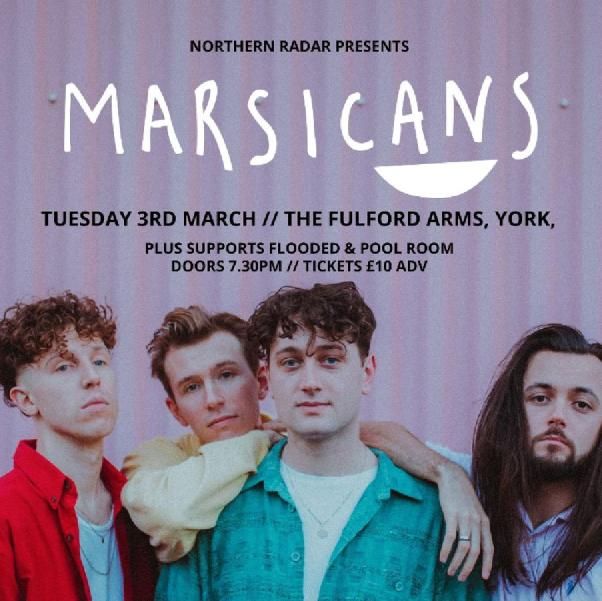 Another Northern Radar gig promotion hosted by the talented Simon Pattinson, this time at one of York’s great gig venues, the Fulford Arms. This was lined up as a pre-SXSW warm-up gig for headliners the Marsicans. Sadly as I am writing this review news has just come through that this year’s SXSW has been cancelled thanks to Coronavirus. This must be devastating news for the Marsicans and many other bands. My thoughts are with the Marsicans and all the other acts affected by this decision. In the meantime, I am here to tell you about the gig. So here goes.

First to take to the boards were Pool Room from York. They have a really cool USA FM Radio vibe about their sound but with much less AOR and more full-on ROCK edge. Pool Room also have a great jazz feel at times too, not like traditional or pure jazz but more like Steely Dan, but a much heavier sound. So as steel is not the heaviest metal in the world that is Osmium, then ladies and gentlemen let me bring you Pool Room a.k.a. Osmiumly Dan! This is a band of supremely or even obscenely talented musicians who seem to really know their rock history. Their cover of a Black Keys song was sublime. This was the first time that I have seen them, it definitely won’t be that last.

Second on stage were Flooded and this would be the third time that I have seen them. Both previous occasions were Northern Radar gigs at the Fulford Arms; February 2018 and January 2019. I hope it becomes more than an annual event for me. Flooded combine power pop, punk, light funk and blend them together in some epic pop and rock tunes. At times they sound like late 70s punk bands when they went beyond being one chord wonders and discovered melodies and pop sensibilities, like The Damned, Generation X and Siouxse and the Banshees. If Mike Skinner had taken a more punky direction then I believe that the Streets might have evolved into something like Flooded. This band writes youth anthems for the disaffected and downtrodden younger generation.  Edward has a very good voice, but maybe not a great voice, at least yet anyway. But that does not matter because he makes up for it by sheer force of personality. Tonight he proved himself to be one of the best frontmen around. You absolutely need to check this band out. 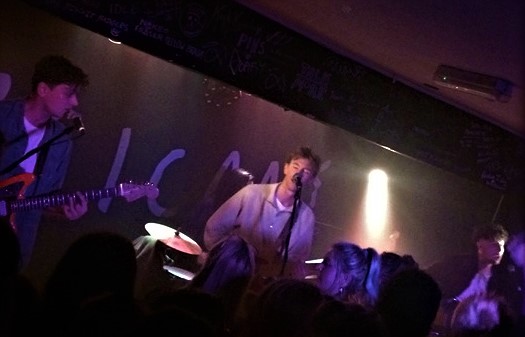 I can’t believe that I have only seen Leeds band Marsicans just once before this, that was at the Leeds Festival in 2018 on the BBC Introducing Stage. I liked them back then and having listened to them a lot since I bloody love them now. Their vocals and harmonising are close to immaculate. They played a lot of songs from their new album in readiness for the now sadly cancelled SXSW appearance. I hear that they are planning on going to Austin anyway, rather than lose money. I hope that they find some gigs out there and come home having kicked off a decent fanbase in Texas. The crowd was really up for this and the band clearly knew that and metaphorically slapped us in the face with one of the best headline sets that I have seen for a while. You can hear some stylish jangly indie guitars, some heavier riffs, a rhythm section on peak form (especially Cale on drums) and emotional, soaring vocals in their songs. In fact, all the songs have great hooks and choruses and this band knows how to write a perfect earworm. New single “Juliet” epitomises everything that is great about the Marsicans. I reckon the new album will take the music world by storm and they will definitely get another shot at SXSW.

All the photos apart from the gig poster and the shot of the Marsicans were taken by me on my cheap Chinese android phone. The picture of the Marsicans was taken by Simon Pattinson on his much more expensive phone. The videos were all found on YouTube if one of them is yours and you would like a credit or for me to remove it please let me know.