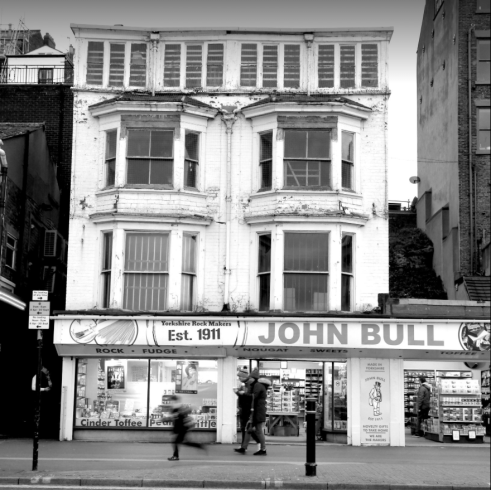 West Yorkshire Super Heroes Percy are back with a new album next month, the much anticipated follow up to 2018’s ‘Sleeper’s Wake’. I loved that last album, how does ‘Seaside Donkeys’ shape up to it? Well pretty well actually. The album kicks off with what may be a statement of intent, “Back In The Swing”. It has a sixties garage rock feel to it but with more classic post-punk vocals. I can also feel the presence of the ghost of the Velvet Underground too. Next up is “Rubbernecking In The UK” whose organ-like keyboard intro and refrain comes across like a demented Inspiral Carpets with whiney John Lydonesque vocal. A very, very British song that is as good recorded as it is in the live setting. There is an underlying menace to “Carpe Diem” which appears to be a satirical look at the worst of consumerism and living off of credit cards. My current favourite song on the album, perhaps driven by having seen it performed live a few times is “Will Of The People” which I believe is a future single. The rhythm section of Andy Wiles on bass and Jason Wilson on drums are on overdrive while giving the track a pulsing beat. It has the perfect cynical punk takedown of Brexit, is it still relevant? Of course, it bloody is and it is also a song that had he still been alive Mark E Smith would have cut his hand off to have written! 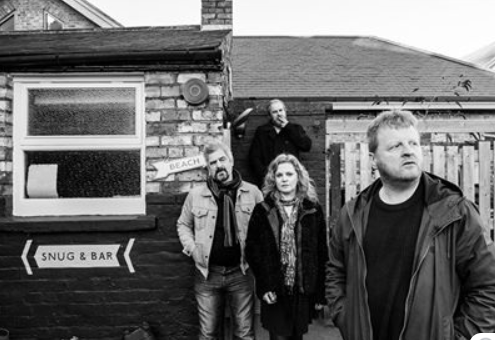 The soft almost US East Coast rock acoustic feel to “The People Who Drank Themselves To Death” makes you think of the Eagles but with Television’s Tom Verlaine playing the guitar and producing. “Love Song” is and as the sixth track, of ten, may be the one that opens side two of the vinyl copy. It was bundled with the first single released earlier this month. It has another John Lydon PiL vibe with elements of Rock Druid Julian Cope in Colin Howard’s vocals. This will drive the moshpit mental! I can hear Dr. Feelgood, Ian Dury and Magazine in “A Little Trouble In Big Lils” the song almost oozes the smell of stale beer and fags underpinned by keyboards from Paula Duck worthy of Dave Greenfield at the peak of his Stranglers career. Colin even gets a semi yodel in toward the end. You don’t hear that sort of thing very often these days. Jason brings his full Keith Moon to the drum stool on “Rictus Grin” as he seems to follow the fuzzy warped guitar of Colin Howard. This tune will be a wonderful drunken singalong at future Percy gigs.

Talking of drunken singalongs next song to arrive is effectively the title track “Seaside Donkey”. It has an even more acoustic feel than “The People Who Drank Themselves To Death”. The song features a laconic elegiac violin motif which gives it the feel of being a drinking song, although perhaps a rather maudlin drinking shanty. Album closer “A Better Life” has a loose early Pulp feel to its sound and is somewhat uplifting in a strange way.  Percy are most definitely back with a bang. ‘Sleeper’s Wake’ was good but ‘Seaside Donkey’ is a whole new level. Punk, post-punk, US Garage, UK pub rock is all rolled into those menacing, satirical, maniacal, dark and twisted tales of life that Percy fans have come to know and love! If you miss out on this album then you really are a seaside donkey! NEWS FLASH: You can buy the vinyl album now! Click here to place your order!

One Response to “‘Seaside Donkeys’ – PERCY”