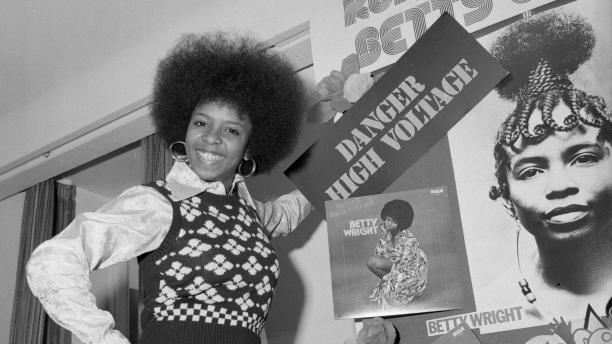 This is the first of an occasional series of songs that I don’t believe ever got the airplay they deserved. The idea came to me on 9th May after I heard this Betty Wright track on one of my Spotify playlists, spookily she died the following day and she was only around five years older than me! Anyway, I remember buying this single as a US import from a little record shop in Windsor Street, Uxbridge. I had heard it once on the radio when it was released in the US in 1974 and never heard it again on UK radio at the time. It was included on Betty’s 1974 album ‘Danger High Voltage’ along with two singles that did make the UK charts, “Shoorah Shoorah” and “Where Is The Love”. Her UK releases at the time were on the RCA label, but my US 7 inch was on the Alston label. Many people will know Betty Wright from perhaps her biggest hit “Clean Up Woman” from 1971. I love that tune, but my favourite song by her is “Everybody Was Rockin'” by a long way. It was written and produced by Clarence Reid and Willie Clarke. What gives it that real funky pop punch though is the band, which is in effect KC and the Sunshine Band, you can tell from that awesome signature horn sound. Put on your boogie shoes and have a dance to this gem of a track that did not and does not get enough airtime!