They say that August is the silly season for news don’t they? well here’s a story in the UK media that clearly shows that there can’t be much else happening in the country. Apparently the government is urging local councils to reduce the number of street signs and bollards and the like. Did you know there is a car park in Salisbury with 63 bollards and only space for 53 cars? Nor did I. Did we need to know? I doubt it. Has that information been life changing for any of us? Not bloody likely. The government line on this is being headed by the Communities Secretary, Eric Pickles (what a great name!) and isn’t it pleasing to see that the focus of our wonderful (NOT!) coalition government is focussing on the big issues. Personally I think it’s a load of bollards! Read the story here 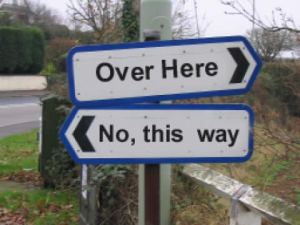 So now let’s get back to music and have some streets and sign related tunes, feel free to contribute your own;

“Signs” – Snoop Dogg featuring Charlie Wilson and Justin Timberlake. In my opinion one of Mr Timberlake’s finest performances, a long way from the Mickey Mouse Club that’s for sure. It was produced by the Neptunes and made it to number two in the UK charts in 2004. The lyrics draw from the Gap Band’s “Early In The Morning” from 1982 and Cheryl Lynn’s 1978 hit  “Got To Be Real”

“No Matter What Sign You Are” – Diana Ross and the Supremes. This was originally intended as the last single from the girls before diva Diana went solo, but it didn’t sell too well and failed to make either the UK or US top 20. Sadly it wasn’t even the Supremes who sang on it. Diana took the lead but the backing vocals were provided by a session group called the Andantes rather than Mary Wilson and Cindy Birdsong

“Streets Of London” -Ralph McTell. Ralph first recorded the song in 1969, but it wasn’t released as a single in the UK until 1974. What could be described as a timeless classic it has been recorded by more than 200 artists

“Where The Streets Have No Name” – U2. The video was filmed on the roof of the Republic Liquor Store in downtown LA  in homage to the Beatles performing live on the roof of the Apple Building in Saville Row for the Let It Be film.

“Somewhere In America There’s A Street Named After My Dad” – Was (Not Was). I have always loved this band and this is a great song, the video on the link also includes some excellent photographs from Charles Cushman. The key band members were often assumed to be brothers largely because they called themselves Don and David Was. However the truth is that David Was was really David Weiss and Don Was was really Don Fagenson

“On The Street Where You Live” – Nat King Cole. I didn’t really appreciate Mr Cole until I got older, probably because my parents liked him when I was a teenager and it’s not cool to like what your parent’s like is it? This song is actually taken from the musical ‘My Fair Lady’ which is one of Catwoman’s favourite musicals.

“‘A’ Bomb In Wardour Street” – Jam. This song was the B Side to the Jam’s 1978 single “David Watts” which was a cover of a Kinks song. Paul Weller apparently listened to a lot of Kinks stuff prior to recording the ‘All Mod Cons’ album. The video in the link is taken from the band’s appearance on the sadly missed Old Grey Whistle Test on the BBC

“Baker Street” – Gerry Rafferty. In the early 70’s as part of Stealers Wheel with Joe Egan, Gerry had a hit with “Stuck In The Middle With You” which was later used in the movie Reservoir Dogs. However it’s “Baker Street” that he is most remembered for and that’s no wonder as it’s a great song.

“53rd & 3rd” – Ramones. This video is a live recording with Rancid. The song was written by Dee Dee Ramone and is about an area of New York that was a major haunt for male prostitutes and rent boys. There have been suggestions that Dee Dee worked there himself in his youth. 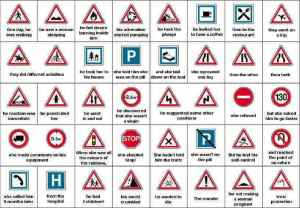