Filed under: Christmas,Trivia — justwilliam1959 @ 1:05 am
Tags: All Day And All Of The Night, Apeman, Autumn Almanac, Belgium, Born To Be Wild, Canada, Celluloid Heroes, Come Dancing, Dave Davies, Days, Dedicated Follower Of Fashion, Germany, I'm Not Like Everybody Else, Lola, Marianne Faithfull, Mick Avory, Muswell Hill, Netherlands, New Zealand, Pete Quaife, Pete Townshend, Ray Davies, Steppenwolf, Sunny Afternoon, The Avengers, The Kinks, The Who, Tired Of Waiting, Top Of The Pops, Village Green Preservation Society, Waterloo Sunset, Who, Wish I Could Fly Like Superman, You Really Got Me 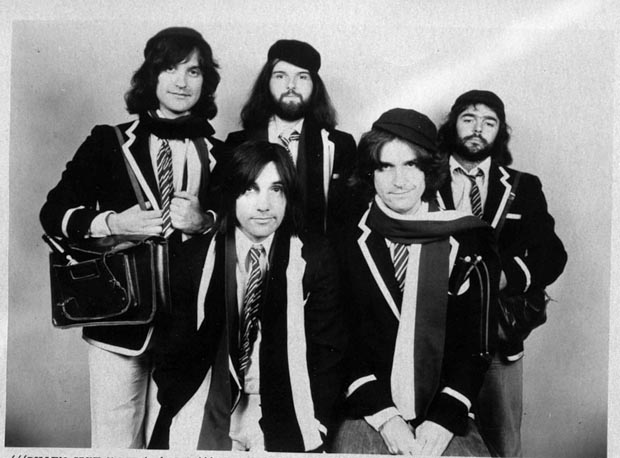 December 11th, what a kinky day this is going to be. It is day 11 in this years advent calendar blog post series which regular readers will know is the ABC of British bands. The 11th letter of the alphabet is ‘K’ so todays band is the Kinks and that is why it is a Kinky day! 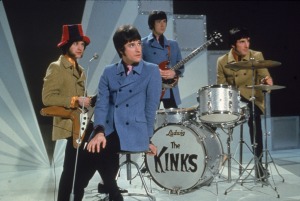 Brothers Ray and Dave Davies along with friend Pete Quaife formed the band in Muswell Hill, London in 1963. In spite of the sometimes acrimonious relationship between the Davies brothers the band kept going for more than 30 years before finally calling it a day in 1996. The band had their first UK chart hit in 1964 with “You Really Got Me” which went to number one. This song is often credited with being the first heavy metal riff. (Although the phrase ‘heavy metal’ was allegedly first heard a few years later in the lyrics of Steppenwolf’s “Born To Be Wild”). The Kinks had two further UK number one singles; “Tired Of Waiting” in 1965 and “Sunny Afternoon” in 1966. They also climbed to the top of the singles charts in Germany, Canada, Netherlands, Belgium and New Zealand. I can only assume that the band were a little too English for the Americans. Their first US singles chart hit came in 1981. 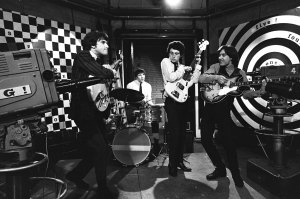 Ray and Dave Davies were the 7th and 8th children in their family, the first six were all girls. Their sister Rene died on Ray’s 13th birthday. She had given him his first guitar as a present that day. The band took their name after hearing the word kinky used in British 1960s TV show ‘The Avengers’. Pete Townshend off of the Who once said that Ray Davies was his favourite songwriter of all time. Whilst Marianne Faithfull said that Ray was ‘Very Gothic, creepy and silent. Uptight and fearful of everyone’. Either way I am definitely a fan of the Kinks and I would like you to take some time out to enjoy a selection of their best songs. 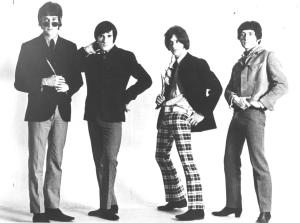