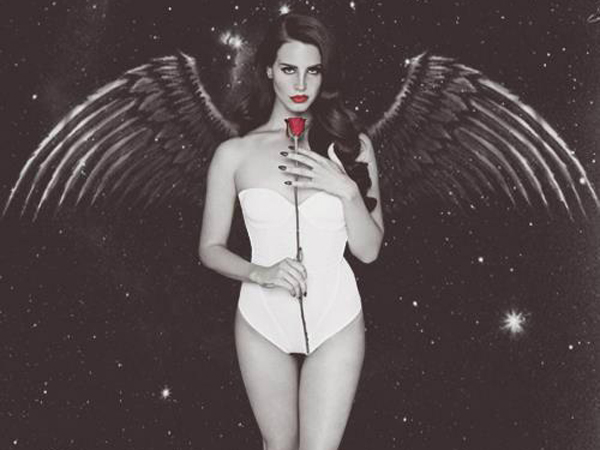 Before Lizzy Grant became Lana Del Rey she went through quite a few names. One of the best (and I thank the NME for pointing this out) is probably Sparkle Jump Rope Queen. Under that moniker she launched a few songs onto the internet in 2008. They included “Elvis“, “Blue Ribbon” and “Axl Rose Husband”. Lana was rumoured to have dated Axl Rose a couple of years ago. Personally I think she could do so much better! The question is was it just a rumour? At the height of that rumour she appeared in a Guns ‘N’ Roses t-shirt at the Jazz Cafe in London. Both Lana and Axl have a Scottish lineage and one of the bonus tracks on her current album is called “Guns ‘N’ Roses”. So did she or didn’t she date Axl Rose? You know what I really don’t care. I simply love Lana’s tunes! 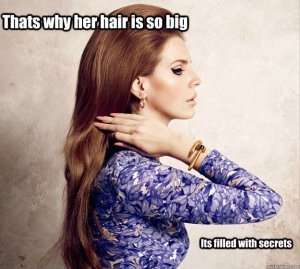 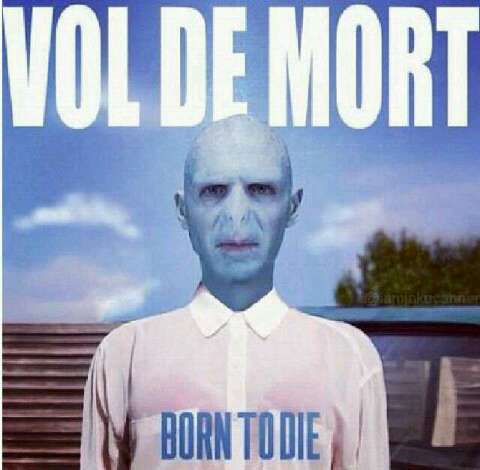 Here we are on December 2nd and the second day of my Christmas Advent Calendar. As I said yesterday, this year it’s all about UK Christmas number ones, next up is one of my favourite Elvis songs. It may not be classic Sun Records or Elvis or Memphis Sessions Elvis, but it’s definitely not Fat Elvis! It’s a truly classic pop song and it’s “Return To Sender”. It was the UK Christmas number one for 1962, just before my 4th birthday (wow that’s bloody old!) it held the top spot for three weeks. The session player who provided the baritone saxophone sound was in fact Bobby Keys. He has played with the Rolling Stones for years and also played on George Harrison‘s ‘All Things Must Pass’ album. 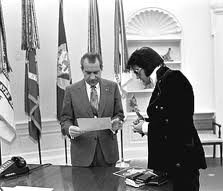 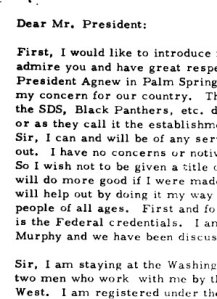 and here is an extract from that very letter to Nixon

On January 8th 1993, what would have been Presley’s 58th birthday the US Postal Service released a set of Elvis stamps. Apparently many people bought them and used them to send letters to fictitious addresses in the hope that they would be returned stamped ‘RETURN TO SENDER‘!

Here is Elvis performing the song as Ross Carpenter in the film ‘Girls, Girls, Girls’

I’d like to finish with two postal related songs for your further pleasure. Starting with “Blame It On The Pony Express” from Johnny Johnson and the Bandwagon. I love that song. After that you’ll get the Box Tops with “The Letter”