“My schemes, it seems, are merely dreams, fading with each morning” April 7, 2009

Hello everyone and welcome to this wonderful April 7th. I may not be posting every day in the future, but I’ll do my best! Today will be pretty much the usual format too. You’re probably all aware of the upcoming Faces reunion, apparently rehearsals are going on at the moment with four original members; Rod Stewart (vocals), Ian McLagan (keyboards), Ronnie Wood (guitar) and Kenney Jones (Drums). The current news seems to be that the late great (l’s and g’s back in the frame!) Ronnie Lane’s place will be taken by none other than Flea off of the Red Hot Chili Peppers. Here are the Faces in their heyday with “Stay With Me” live from the rainbow in London in 1972.

Flea was so desperate to play with the Faces that he sold his clothes to raise the money to join Rod, Ronnie, Ian and Kenney

I’m covering just one birthday today, the 62nd birthday of Florian Schneider-Esleben off of Kraftwerk. Although he left the band last year after an association with fellow band member Ralph Hutter that stretches back to the 60s. Florian also had a David Bowie (yes it’s been a little while but here’s another Mr B reference!) tune named after him. It was the largely instrumental “V2-Schneider” from the ‘Heroes’ album in 1977. Schneider was often seen as a perfectionist with Hutter once describing him as a ‘sound fetishist’. And for you fact fans Kraftwerk apparently means ‘Power Plant’ or ‘Power Station’ in German. Here are Kraftwerk with “The Robots”

Kraftwerk often used dummies on stage whereas Robbie Williams.......... well you can probably guess the answer to that one!

On this day in 1956 The CBS Radio Network broadcast the first regularly scheduled rock ‘n’ roll radio show with the premiere of Alan Freed’s Rock ‘n’ Roll Dance Party. Freed saw himself as the father of Rock ‘n’ Roll and although he wasn’t the first to play it on the radio he is credited with coming up with the phrase ‘rock ‘n’ roll’ to describe it. Actually I read many years ago that the phrase was actually black slang words for sex. Does anyone know the correct answer to that one? Freed did an awful lot for race relations too bringing black and white folks together in what was still a heavily segregated country. Many stars including Little Richard have given him due credit for this. However at one point his TV show was canceled after Frankie Lymon was seen to dance with a white girl during the broadcast. You can’t get much more small minded than that, can you? Ultimately Alan Freed’s career was wrecked by the payola scandal. Payola was the name given to a form of bribery where DJs were paid money to broadcast specific records and in some cases even get themselves a writing credit on the song to boost their income. Freed allegedly did this with Chuck Berry’s “Maybelline” Click here for a sound clip of Alan Freed interviewing the late great (twice in a day now huh l’s & g’s?) Buddy Holly

Alan Freed tells his lawyer that perhaps he should have gone to Specsavers!

And finally on this day in 1962 at the Ealing Jazz Club, Mick Jagger and Keith Richards met Brian Jones for the first time. At the time Brian was calling himself Elmo Lewis and playing guitar with Paul Jones (no relation) who also went on to bigger things as a vocalist for Manfred Mann amongst others

hello everybody, well I have some interesting news on our recent ‘Lily Allen Naked’ experiment. As you may recall we were trying to see whether anyone would arrive at the blog using ‘Lily Allen Naked’ as a search term. It seems that there are millions of sites allegedly offering pictures of Lily in the buff. So the experiment didn’t work, but strangely enough, there was a search term used Thursday which led someone to my blog. Don’t worry guys it doesn’t tell me who it was but I’ll guess it was Tom or Jes. The search term was ‘Chris Allen naked’ Does anyone know who Chris Allen is? I certainly don’t, there are plenty of Chris Allens that show up when you Google the name but I don’t know which one someone wanted to see naked. So any insights from you dear readers will be much appreciated.

Anyway if you have arrived at this blog with a desperate desire to view the talented Miss Allen naked, just so you’re not too disappointed here is Lily…….errr…… in the pink!

And as a special bonus here is Lily with “The Fear“. Check out her new album too, it is rather good!

Another piece of hot news (well perhaps just lukewarm by the time that you read it) Damon Albarn has confirmed that Blur will be headlining one night at Glastonbury this year. I’ve seen them live twice and they were great both times although so much better with Graham Coxon. It’s great to see Mr C back in the fold.

Graham really hoped the photoshoot would be over soon, he was busting for a pee.

Anyway lets’ get back to todays trivia megamix starting with the birthdays. First of those is Cindy Wilson from the B-52’s who was born on 28th February 1957 and is 52 today. Cindy was born in Athens, Georgia in the US, this fact fans is also where REM came from. Cindy’s older brother Ricky is also in the band. I guess most people assume that the band named themselves after the B-52 bomber (like U2 naming themselves after the U2 spy plane). However this is not the case, B-52 was also the nickname in the southern states for the ‘Beehive‘ hairdo and Cindy and Kate Pierson of the band sported that style of hair. But I suppose as the hairstyle is named after the nose of the plane they were indirectly named after the plane after all! Incidentally the bands hairstylist La-Verne was even among the credits on their first eponymously titled first album in 1979. Cindy left the band in 1992 (although she rejoined in 1998) and for their US tour that year was replaced by Julee Cruise (whose biggest hit was the theme to the stupendous ‘Twin Peaks’ TV series from David Lynch). Although somewhat strangely for a one off fundraiser for the Democrat presidential candidate Jerry Brown Cindy’s place was taken by Kim Basinger. As a reminder of just how good they were (indeed still are) here are the B-52’s with “Rock Lobster”

Cindy and Kate thought they'd been stung by their hairdresser, $50 and nowhere near as high as Marge Simpsons hair

The last of the birthdays is that of King Monkey Ian Brown, former front man of the Stone Roses and now a very talented solo star. Ian is 46 today. He is just a few months younger than Roses guitarist John Squire and they were brought up just a couple of doors apart and went to Altrincham Grammar School together. They had been called ‘English Rose’ after a track on the Jam’s ‘Setting Sons’ album. They were booked for some Swedish gigs after Brown befriended a Swedish promoter while hitching around Europe and wanted a new name. Apparently they considered the name ‘Angry Young Teddy Bears’ before settling on the ‘Stone Roses’ a combination of their previous name and part of the name of one of their favourite bands the Rolling Stones. Somehow I don’t think their acclaimed status would have been the same had they adopted the ‘Angry Young Teddy Bears’ moniker. What do you think? While you’re pondering that one here are the boys with “I Wanna Be Adored”

The Angry Young Teddy Bears all received Painting By Numbers sets that Christmas. What a load of Pollocks!

On this day in 1968 Frankie Lymon was found dead at his mothers house of a suspected drugs overdose. He was just 25. As the lead singer with ‘Frankie Lymon and the Teenagers’ he became the youngest UK chart topper in 1957 aged just 13, when they reached the summit “Why Do Fools Fall In Love” He then became the youngest headliner at the London Palladium in 1958 aged just 14 while promoting their UK hit (which I believe failed to chart in the US) “I’m Not A Juvenile Delinquent“. Frankie retained the youngest UK chart topper record until 1972 when ‘Little’ Jimmy Osmond went to number one with the dreadful “Long Haired Lover From Liverpool” aged 9.

On this day in 1970 Led Zeppelin played a gig as the Nobs in Copenhagen after Eva Von Zeppelin, a relative of the Airship designer Ferdinand Von Zeppelin threatened to sue if the family name was used in Denmark. Later that same year Led Zep were voted Best Group in the New Musical Express (NME) readers poll, which broke a run of eight successive wins for the Beatles.

the hotel hairdryer was never strong enough for those Led boys

This day in 1998 saw ‘Cornershop’ sitting at the top of the UK singles chart with the excellent ‘Fatboy Slim’ remix of their superb song “Brimful Of Asha“. the Fatboy loved the song so much that he did the remix for free. The Asha in the song’s title is Asha Bhosle a Bollywood Playback singer. Indian films have relied heavily on song-and-dance numbers attributable to Broadway musicals. Almost always, the singing was performed by background singers while the actors and actresses mimed. Bhosle has sung more than 12.000 of these songs. Two other Playback singers, Lata Mangeshkar (Asha Bhosle’s sister) and Mohammed Rafi are also name-checked in the lyrics.

Once again Tjinder had fallen asleep at the mic

The next two aren’t strictly ‘onthisdays’ for February 28th, but it’s not a leap year so here are a couple from 29th February. Firstly on 29th February 1980 the glasses that Buddy Holly had been wearing when he died were discovered in a police file in Iowa where they had been for 21 years. The Beatles name is in part an homage to Buddy Holly and the Crickets and in one of lifes full circles Paul McCartney now owns the publishing rights to Buddy’s song catalogue. 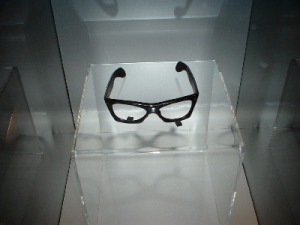 Also on 29th February 2000 Eric Clapton received a 6 month driving ban in the UK for driving at 45mph in a 30 mph zone. So not such much of a slowhand after all are you Mr C? What’s your favourite Clapton song? This is mine, it’s “Layla” from his days as Derek and the Dominoes, although I really don’t like the unplugged version of it. Contrary to popular belief the signature guitar riff on that song came from Duane Allman and not Mr Clapton.

So dear reader if you have read this far, you have reached the end of todays post and I salute you! 🙂