Well all I can say is about bloody time Mr Jones! You have probably already heard the news that the Dame himself a.k.a. Mr Bowie has released a new single today, his 66th birthday. It is called “Where Are We Now” and is taken from a new album, ‘The Next Day’ which will be released in March. The single and album are produced by Bowie’s long time friend and producer Tony Visconti. It is his first new album for ten years and was recorded in New York.

Like many others I had assumed that Bowie had retired after his heart problems in 2004. I am very pleased and excited that he hasn’t. I heard the new song on Chris Evan’s Radio Two breakfast show this morning. It’s a slow, atmospheric ballad which evokes feelings of sadness to me. It also includes what appears to be many references to his time in Berlin in the late 70s. I will be playing it a lot over the coming weeks. It feels a lot like the more mellow songs from both ‘Heathen‘ and ‘Reality‘ from 2002 and 2003 respectively. It also sounds like it would fit well on the album that his record label bizarrely rejected in 2001. That consisted of a number of rerecordings of some his 60s songs and some other material. It would have been called ‘Toy’ and obviously I have the bootleg and it is damned good. Only Bowie could have informed the world that he is not retired and announce the release of new material in such an understated way. the single was simply made available on iTunes before the press kicked in. Contrast that with the hoopla around the Rolling Stones 50th anniversary activities; press conferences and yet another compilation with just a couple of new tracks. I can hardly wait for the album now. I haven’t been as excited about the release of a new album from anyone for many years! Click here to read the report on the NME.

On line the single appears to be receiving mixed, but mainly positive reviews. I would love to know what you think of it. Will this lead to any live gigs or maybe a full on tour? I’d like to think so, but given his time away from live performance maybe not. but at least we know that the fabulous David Bowie is back in a big way. Oh and before I forget, Happy Birthday Dave!

“And somewhere between the time you arrive and the time you go may lie a reason you were alive, but you’ll never know” October 6, 2011 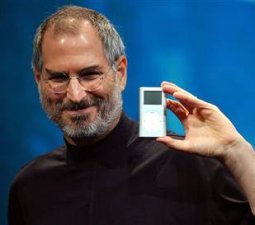 I know he wasn’t a singer, musician or songwriter but Steve Jobs sure as hell left an incredible mark on the music industry. His genius, foresight and innovation has fundamentally changed the way we buy/ obtain our music and indeed how we listen to it. Are there many households, or even people, in the world that don’t have an Apple product that can play music? iPod, iPhone, iPad, iMac even if you have none of those you may have iTunes on your pc. I think that names like iPod will become synonymous with portable music players in the same way that ball point pens are mostly called biros and vacuum cleaners are mostly called Hoovers (although Dyson may take that crown in the long run)

Back in my schooldays inventors and innovators were old, dead or probably wearing a white coat in a secret nondescript lab somewhere in the world. This generation of innovators, inventors and geniuses (or should that be genii?) are much more visible. For example are there any of these names that you don’t recognise; Steve Jobs, Bill Gates, Richard Branson, Mark Zuckerberg?

His life is also a lesson for those who focus on a formal qualification being the golden ticket to a successful career. Mr Jobs dropped out of college, did that stop him having a great career? I think not! In addition to the music related innovations that he was responsible for he also put a lot of money, time and effort into Pixar. So you could argue that he also helped to save Disney studios, who frankly would have been on their knees without Pixar.

Steve Jobs will be sadly missed. In my opinion whatever you may think of Apple from a corporate perspective it would be very difficult to argue that this wasn’t a truly great man. RIP Steve Jobs.

I have tried to think of the most appropriate music I could with which to mourn his passing and celebrate his life. I have chosen a few tracks from what the previously available Ping function on iTunes revealed as his favourite albums a few years ago. Enjoy and celebrate the life of a great man. 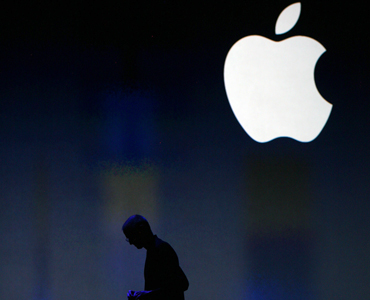 “But if you go carrying pictures of chairman Mao, you ain’t going to make it with anyone anyhow” November 16, 2010

Clearly the new iPad would be difficult to carry, maybe it's the weight of all those Beatles songs

So at last the two big apples come together. The Beatles back catalogue are now all available on I Tunes. There was previously a lengthy trademark dispute between the Beatles Apple Corps and Steve Job’s Apple company. This was resolved a while ago and the gap between then and now was potentially down to EMI. That is certainly something that Paul McCartney hinted at. Steve Job was very happy with the deal and was quoted as saying that it had been “a long and winding road to get there” You can read the story by clicking here. Personally I have all the Fab Fours albums on CD so I am unlikely to buy anything of theirs from I Tunes. However it made me think that we ought to pick a Beatles song to beat this years X Factor song to the Christmas number one spot in the UK. Ideally “Revolution”, what do you folks think? 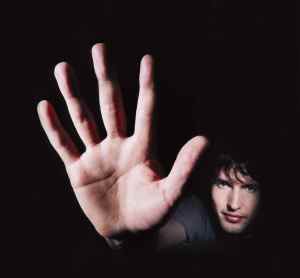 James Blunt holds his hand up and voila...... World War Three is prevented!

I would like to thank my good friend Nick Horslen for sending me this story. Apparently whilst he was in the army and stationed in Kosovo James Blunt prevented the start of World War Three. Does that explain why he went on to write such crap songs? I saw him on TV recently when he chaired ‘Never Mind The Buzzcocks‘ on BBC2, personally I thought he was devoid of humour although he was clearly trying. To be fair he was better than Jedward when they appeared on the show. You can read the Blunt Story on the Guardian website by clicking here. Incidentally I often wonder why he changed his name from Blount to something which rhymes with the ‘C’ word, do you?

Incidentally I love Weird Al Yankovic‘s take on Blunt’s “You’re Beautiful” which is wonderfully retitled “You’re Pitiful” I always used to slip this into my mobile disco set when I played background music at weddings. It worked well as people couldn’t hear it perfectly well so thought James had changed the words!

A new band I came across recently are the Ambassadors Of Morocco who have a new single out called rather interestingly “Wikipedia” I can’t get the chorus out of my head and it will be on my I Pod tomorrow for certain!

Talking of a great and catchy chorus have you seen the video for the new My Chemical Romance song? I’ve never been a big fan of the band but this song and the accompanying video are brilliant and somewhat weird too.

let me finish this post on a roll, a Rick Roll. This is the metal version of Rick Astley’s “Never Gonna Give You Up”. Not bad for the former tea boy at RCA. Does anyone know what he’s up to these days?