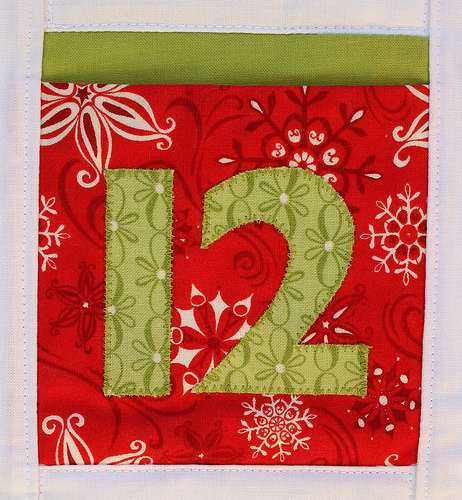 I’m getting just a little bit more excited now it is the 12th of December after all. In keeping with this years With Just A Hint Of Mayhem advent posts I have two diametrically opposed songs for you today. But obviously two that have the number twelve in their titles. 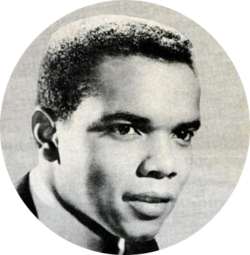 First up is the timeless song “Twelfth Of Never” which was initially recorded by Johnny Mathis in 1957. He apparently didn’t like the song and it was demoted to the B Side of “Chances Are”. The song has been recorded by many, many artists since then. The Mathis version made it to number 9 in the US charts and Donny Osmond took it to number one in the UK and number 8 in the USA in 1973. The list of cover versions is almost endless and includes; Nina Simone, Barry Gibb, Cliff Richard, Tammy Wynette, Chi-Lites, Glen Campbell, Cher, Dolly Parton, Roger Whittaker, Barry Manilow, Andy Williams, Olivia Newton John, Hank Marvin and Jeff Buckley. Jeff’s version can be found on the Legacy edition of ‘Live At The Sin E’ and remains very faithful to the Nina Simone version of the song. The regular readers among you will know that I am a big fan of Texan crooner Johnny Nash. In fact I would go as far as saying that his singing voice is my favourite voice ever. Anyway I haven’t posted about Mr Nash for quite a while so I thought I would use his version of the “Twelfth Of Never” taken from his 1968 album ‘Soul Folk’. 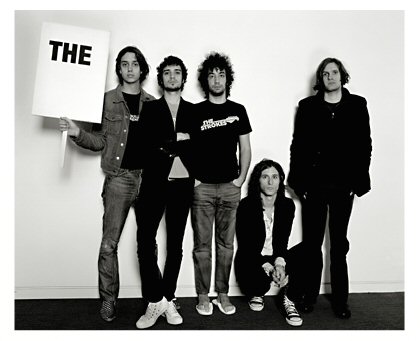 The second song today flows from the Julian Casablancas post from yesterday. It is “12:51” by the band that Julian is a big part of; the Strokes. The song was written by Mr Casablancas and was the first single released from the bands second album ‘Room On Fire’ in 2003. The song made it to number 7 in the UK and reached the top 40 in Ireland, Canada, the Netherlands and Sweden. The songs original title was “Supernova”. The video for the song was directed by Roman Ford Coppola, the son of Francis Ford Coppola and the cousin of Nicolas Cage. It has a theme that is very reminiscent of the ‘Tron’ the 1982 movie. When the band played a number of Japanese dates to support the release of the ‘Room On Fire’ album in 2003 they included a cover of the Frank Sinatra classic written by Paul Anka “My Way”, only they sang it with Japanese lyrics! 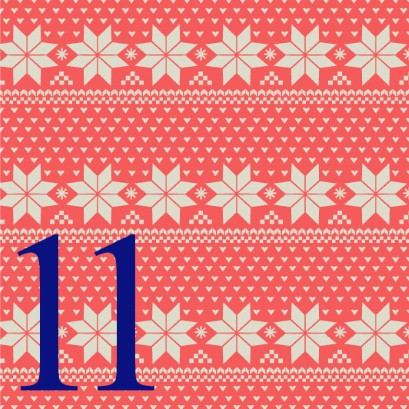 Can you believe it’s the 11th December already? Where the hell is the time going. Still I am very close to being in the smug zone; I’ve bought all my presents now it’s just a case of wrapping them, posting some of them and hiding the rest! Have you done all your Christmas shopping or will you be waiting until the turbo kicks in on 24th December? Anyway enough of all that, it is of course day 11 in the With Just A Hint Of Mayhem advent posts which means you get two songs with the number 11 in their title. 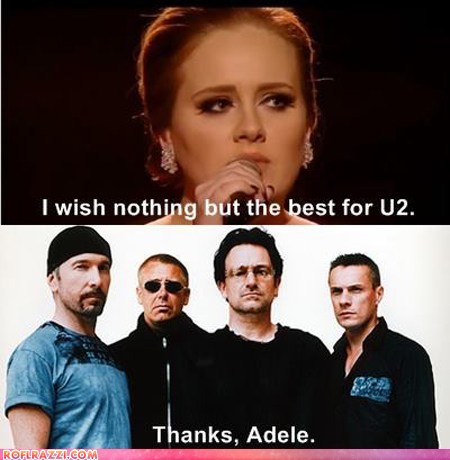 First up it’s U2 with “11 O’clock Tick Tock” which is the band’s second single released in May 1980. It was a non-album release produced by Martin Hannett who had previously produced Joy Division among others. There is also a great version of the song on the mini live album ‘Under A Blood Red Sky‘. In their early days the band often played the song twice during their set because they didn’t have much material. An earlier version of the song had different lyrics and was called “Silver Lining” 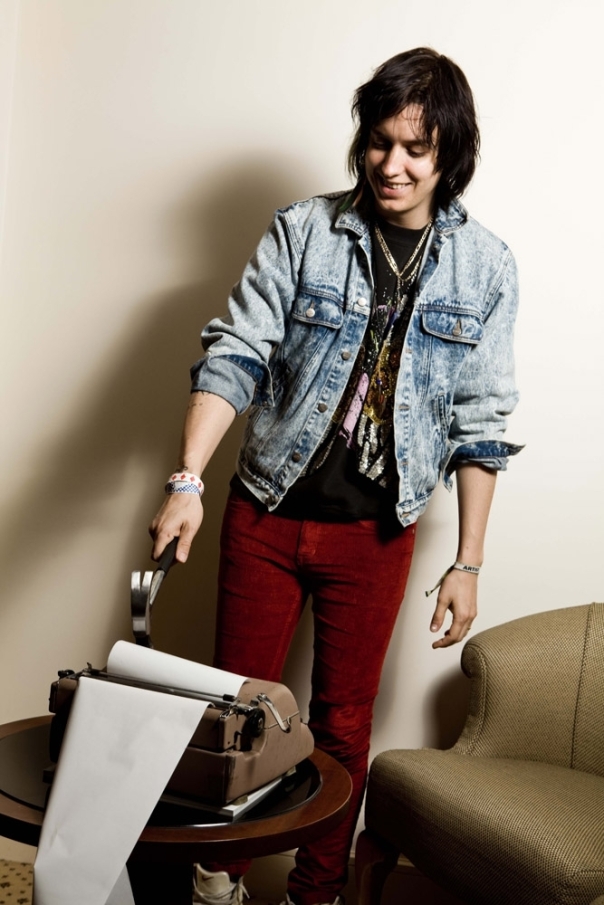 Second tune for today is from Julian Casablancas off of the Strokes; it is called “11th Dimension”. Casablancas is the lead singer of the Strokes and “11th Dimension” is so far his only hit outside the band. It was taken from his 2009 solo album ‘Phrazes For The Young‘. Describing the song as a hit is a little loose; it only charted in Japan where it reached number 48 in 2009. One of Casablancas’ most recent recordings was the vocal on “Instant Crush” from Daft Punk’s planet-conquering album, ‘Random Access Memories’. He has also inspired someone to write a song about him. Notably Courtney Love who included a song called “But Julian, I’m A Little Bit Older Than You” on her first solo album, ‘America’s Sweetheart’ in 2004. 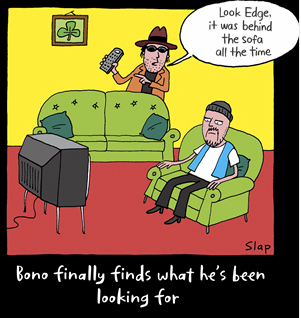 We took a day out to Whitby in North Yorkshire yesterday which is only about an hours drive from where I live in York. Many of you may know that Whitby is where much of Bram Stoker’s Dracula is set and much of the fabulously imposing structure of Whitby Abbey still remains. I think I will have to read the book again soon. Catwoman tells me that Whitby is supposed to be Goth Central, well apart from a couple of pre-teen girls with My Chemical Romance hoodies there was nothing even remotely close, maybe they just come out at night. By the way I know that MCR would not be considered goth, but really that is the closest thing I saw. But if the Daily Mail is to be believed, and I really don’t think it is, then these two kids were off to do some self harm and plan for suicide!

I did find a small independent music store though, as usual! I bought a copy of the supremely talented Julian Cope’s album ‘Black Sheep’ I got into Cope quite late really but I love his stuff now, especially his solo albums, I’m not so keen on the Teardrop Explodes. Incidentally did you know that the band got their name from issue 77 of Marvel Comics Daredevil from 1971 (which also featured Spiderman and Prince Namor)? Well they did and did you know that whilst I like Daredevil and Spidey the Silver Surfer is probably my favourite Marvel character? Well he is, but is followed in a very close second place by the Fantastic Four!

Whilst in Whitby we simply had to visit it’s most famous Fish and Chip restaurant, The Magpie and trust me it was well worth it! Click on the name to check it out. Speaking of fish,have any of you seen the new TV advert for Birds Eye Salmon Fish Fingers? I’m not sure if it is being shown outside the UK yet. Either way and just in case click here to see it. I think it is bloody hilarious and the best TV ad I’ve seen for ages.

I’ll cover just one birthday today 9th April. It’s the 29th birthday of Albert Hammond Jr off of the Strokes who has also produced a couple of solo albums in recent years too. He is the son of US singer songwriter Albert Hammond, I could make a joke here about his parents lacking creativity by giving him the same name as his Dad, but I won’t because that’s exactly what my parents did. no they didn’t name me Albert Hammond, he wasn’t my Dad ok, that’s just a “Big Stripey Lie” (you like the secret Kate reference Mickelodeon?). No my Dad, and therefore me too, were and are William Adamson, although no one ever calls me William anymore. Nowadays it’s Bill, Will, baldbloke or git. Anyway back to Mr Hammond Jr, I bought the Strokes’ first album ‘Is This It’ while I was on holiday in Canada in late August 2001. My copy contains the track “New York City Cops” which was removed from the US and some other territories releases after the terrible events of September 11th 2001. It was deemed disrespectful to the many public servants who risked and in many cases lost their lives on that day. I do understand that, but clearly it was written and recorded some time before those horrific murders so maybe now is a good time to reclaim it! Click here to see the band performing it live. Albert met Julian Casablancas, also off of the Strokes whilst at Boarding School in Switzerland. Albert’s dad had a massive hit in the early 70s with what I suppose would be termed one of my guilty pleasures these days, “It Never Rains In Southern California“. well maybe it does but surely it rains much, much less there than it does here in the UK.

It has been pointed out to me that Queen have not yet featured in my blog so far, well it’s nothing personal I do like them quite a lot. So here they are! On this day in 1973 Queen played a showcase gig for their new record label, EMI, at the Marquee Club in London. The late great (those l’s & g’s are getting very regular now, it must be all the Bran Flakes!) Freddie Mercury came up with the band’s name and claims he never even thought of it’s gay connotations, here is what he said about it; “I thought up the name Queen. It’s just a name, but it’s very regal obviously, and it sounds splendid, It’s a strong name, very universal and immediate. It had a lot of visual potential and was open to all sorts of interpretations. I was certainly aware of gay connotations, but that was just one facet of it.” For me Queen was more than just Freddie, it was a combination of him, Brian May, John Deacon and Roger Taylor. That is why I really don’t get stuff like the newish Paul Rodgers and Queen album. I think Paul Rodgers has one of the great rock voices but he’s not a part of Queen is he? I’m sure that some of you will disagree but that’s my opinion. Anyway let’s end this Queen piece on a fun note with another excellent Freddie quote. Queen and the Sex Pistols were recording in the same London studio complex in 1977 when Sid Vicious went into the wrong room and saw Freddie Mercury sitting at the piano alone. Sid allegedly said something like “Freddie Mercury, still bringing ballet to the masses are you?” Freddie’s excellent reply was allegedly something similar to “Oh yes Mr Ferocious dear, we are doing our best” Here are the mighty Queen with my favourite of all their songs “Seven Seas Of Rhye“

And finally this day in 1991 saw the death of record producer Martin Hannett. He was born in Manchester and had produced many Manchester bands including; the Smiths, New Order, Joy Division, Happy Mondays and Magazine. He also worked with U2 and the Psychedelic Furs. He was credited as Martin zero for his first production job which was the “Spiral Scratch EP” by the Buzzcocks. He died of heart failure in 1991 after years of heavy drinking and drug addiction, which included heroin. Many people have a real misconception of the nature of addiction, myself included until recently. I have learned a lot from an Australian blog which now features on my BlogRoll, it’s called ‘The Australian Heroin Diaries‘ and you really should check it out. As far as Martin goes I had to finish with Joy Division’ fantastic “Love Will Tear Us Apart”