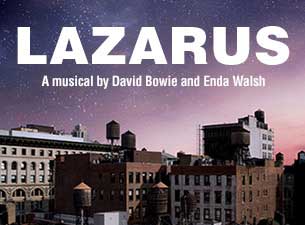 Many regular readers will know that I am not a big fan of musicals. However there have been some exceptions to that rule for me; Sweeney Todd and Grease are two of those. But a musical that David Bowie wrote with Enda Walsh which debuted in New York a few weeks before he died? Well I was never going to miss that was I? My lovely wife Catherine a.k.a Catwoman accompanied me to London on Saturday for the matinee performance of Lazarus which opened in October and runs through to January. It is in the Kings Cross Theatre which is effectively a pop-up theatre on land owned by Google at the back of Kings Cross station. For a pop-up it is pretty damned good. 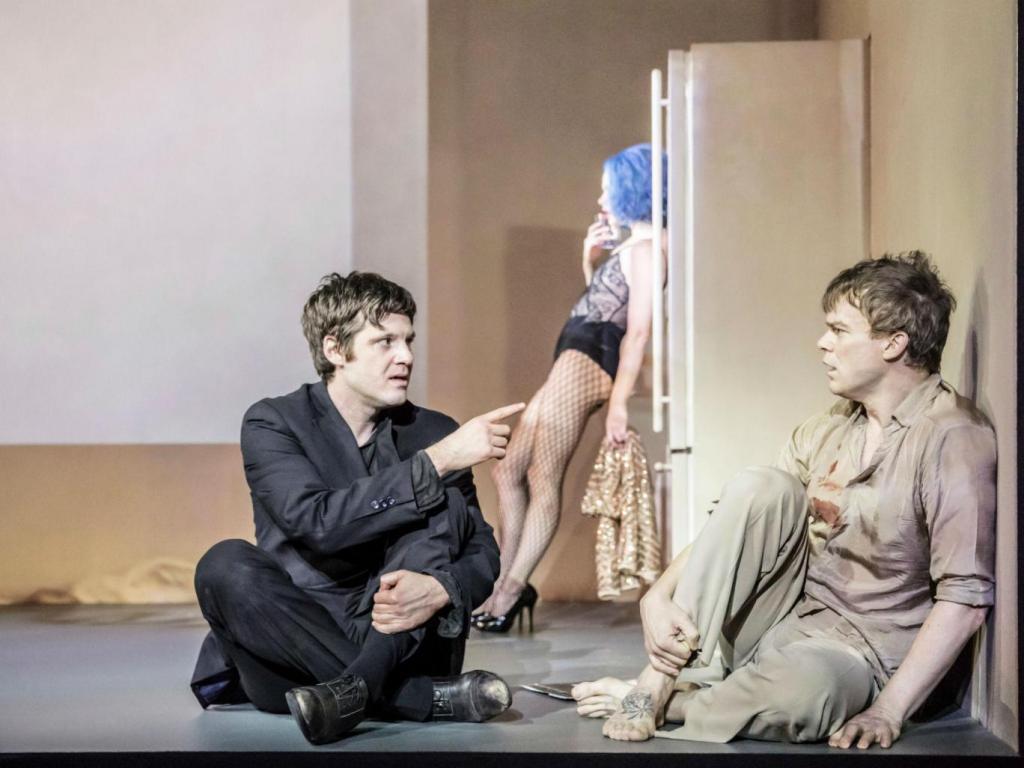 Lazarus is a sequel to The Man Who Fell To Earth and most of you probably know that David Bowie played the lead role of Thomas Jerome Newton in the Nic Roeg directed film version of the Walter Tevis book in 1976. It was his first major film role. The stage musical recounts the life of Newton after he was prevented from leaving earth. He is spiralling into a total mental meltdown and spends his day becoming more paranoid, watching TV, drinking gin and reminiscing of past loves; his wife on his own planet and Mary Lou here on earth.

The lead role of Thomas Jerome Newton is taken by Michael C Hall off of Dexter. We were lucky enough to see him, despite our tickets being for the matinée. He has a great singing voice although occasionally his speaking voice did simply sound like Dexter. But that is by no means a distraction he is an incredibly talented actor and singer. In fact the whole cast are supremely talented. When I first saw the songs included within the Lazarus musical I was a little surprised. There are a few big hits and the ones that worked best for me were “The Man Who Sold The World” and a magnificent and very different version of “Heroes” which closed the show. There are some songs written especially for the musical; “No Plan”, “Killing A Little Time” and “When I Met You”. Those three as recorded by David Bowie were recently released as CD 2 of the cast recording. I have never had great affection for Bowie’s 80s albums however there were some fabulous singles in that time and “This Is Not America” and “Absolute Beginners” work incredibly well in this context.

I was amazed at how well all the songs fitted the musical’s story line so well. It was as if they were all written especially for it. I never would have expected “It’s No Game” from ‘Scary Monsters’ to work as part of a stage musical but it really does as does “Always Crashing In The Same Car” from ‘Low’. But the highlights for me were “Valentine’s Day” and “Where Are We Now” (both taken from ‘The Next Day), “Lazarus” from ‘Black Star’ and the previously mentioned “Heroes”. The story is very cleverly written and flows really smoothly. The set is quite sparse and this allows a total free space for the cast to weave their magic. The use of some very different lighting and the giant TV screen contributes in a complimentary way to the whole experience. There are seventeen songs performed during the show along with two songs that get played in the background; Mr Bowie’s “Sound And Vision” and Ricky Nelson‘s “Hello Mary Lou“. You will have needed to have watched the film of ‘The Man Who Fell To Earth’ to get the inclusion of that Ricky Nelson classic. 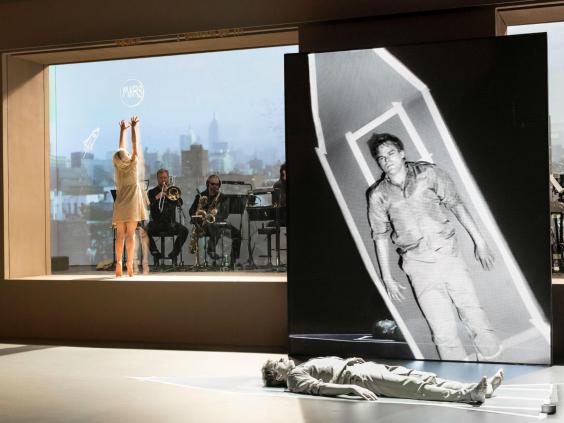 All in all this is a magnificent, heart warming and heart-rending show and it acts as a poignant reminder of the true talent that left this world when David Bowie died in January. My good lad Catwoman said that had she not been married to me she probably wouldn’t have bothered to come and see Lazarus. However she enthused about it just as much as me afterwards. We both loved it and I am sure that you will too whether you are a Bowie fan or not. I would love to hear your thoughts if you have already seen it in London or New York.