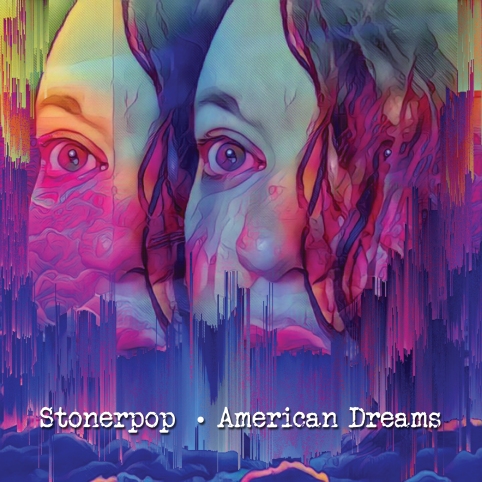 Earlier this year I had the pleasure of reviewing two great singles from a band that was very new to me, LA-based Stonerpop. Those singles were “Night Terrors” and “Subroutine” and they are both included on the groups new album ‘American Dreams’ which comes into the world on January 1st, 2020. It was recorded in Shreveport, in the Stonerpop studio. Stonerpop is Jimmie Maneuva and Maudie Michelle who hail from the Deep South and Pacific Northwest, respectively. They formed their existential, exciting, electronic duo in 2016. The album opens with a kind of instrumental preface, “Myoclonus”. I have to confess I had to pull out the dictionary when confronted with that title. Myoclonus refers to a quick, involuntary muscle jerk. Hiccups are a form of myoclonus, as are the sudden jerks, or “sleep starts,” you may feel just before falling asleep. These forms of myoclonus occur in healthy people and rarely present a problem. In a sense, that track sets the tone as it suddenly jerks you into this moody, mind-warping collection of elegant electro tunes.  Many of the tunes in this collection would work well as a part of a film soundtrack, the cinematic scope of “The Others” suggests a really arty French Science Fiction film. Whereas “Right Place, Wrong Time” would fit more into a David Lynch Twin Peaks style universe. That track also makes great use of some sampled speech, I have no idea where it was sourced from but it works well. If you like music to move you physically then check out “House Of Cards” even those of you that prefer to remain immobile will be tempted to tap your fingers or your feet. Me? I danced around the room like no one was watching while I was listening to it! I believe that this was also recently released as a single too. Instrumental “Rapid Eye Movement” has a repetitive bass synth underlay that sounds like a heartbeat, maybe that of a sleeping person during REM sleep. I have experienced a flotation tank and I can imagine this piece being slowly faded in to wake the participant at the end of the session. In “Dilation” Stonerpop have created a majestic musical piece that as with those mentioned earlier would not be out of place on a film soundtrack. Like a more electro Mogwai. The longest track on the album is “Ice Cold Souls” in which Maudie’s beautiful and at times robotic vocal competes with birdsong as the song builds slowly to an ever more layered crescendo, before fading to an electronic drone with sparse, eerie piano. Apart from the two singles, and I will come to those later, my favourite track after a few spins of the album is “Destiny Gang”. Jimmie’s vocal sounds like Spandau Ballet’s Tony Hadley through a voice melding synthesiser. Definitely a track that would sound great in a dance remix. So how about the two singles? Well, Night Terrors” is a monumental electronic painting made with sound. It has eerie, hypnotic and booming percussion, droning synth sounds and a vocal so ethereal it feels not of this world. “Subroutine” is a masterful electronic symphonic soundscape with layered percussion and a booming bassy synth riff underpinning a magnificent tune sung deliciously by Maudie. 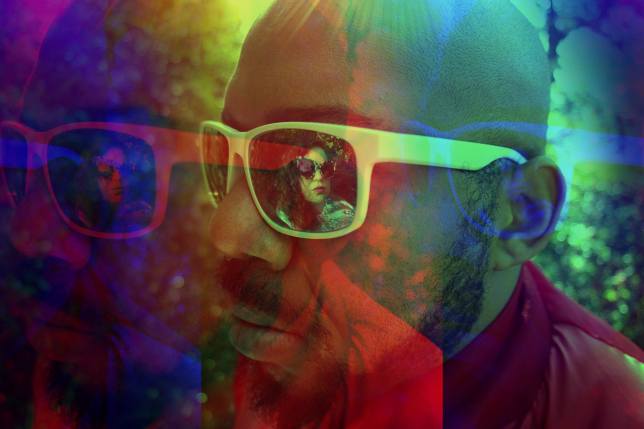 Stonerpop say this about the album; “10 tracks that take the listener through an ethereal journey about getting stuck in the cheese wheel. The album is about confidence and the lack thereof. It’s about impostors, both real and fake. It’s about failure and the illusion of victory. Stonerpop wants to encourage people to both relax and take action.” That is definitely a vibe that I can get into. The Album Release Party took place a couple of days ago in the form of a Masquerade Party at Sal’s Saloon in Monroe, LA. The party included giveaways, art, and the opportunity to hear the album before its release. Sadly being this side of the big pond I was unable to make it, maybe next time! If you haven’t checked out Stonerpop yet then you need to do it now! How about starting by getting yourself a copy of ‘American Dreams’?

Following their earlier single “Night Terrors”  LA electronic duo Stonerpop are back with another excitingly compelling single taken from their forthcoming new album ‘American Dreams’ due out on January 1st, 2020. The new track is called “Subroutine” and it is accompanied by a retro-looking old skool style computer graphics video; like ‘Tron’ on LSD. The music is a masterful electronic symphonic soundscape with layered percussion and a booming bassy synth riff underpinning a magnificent tune sung deliciously by Maudie. Stonerpop are Jimmie Maneuva and Maudie Michelle who hail from the Deep South and Pacific Northwest, respectively. They formed their eccentric eclectic ecstatic electronic duo in 2016. Look out for more of them, I have a feeling that 2020 could be a big year for Stonerpop! I promise you that there will definitely be more of them on this site in the future! 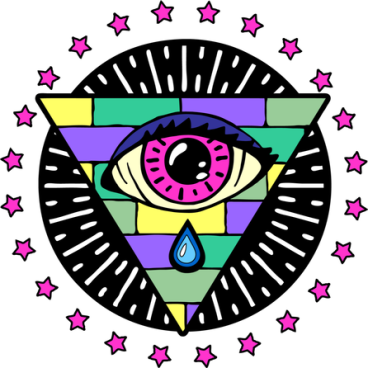