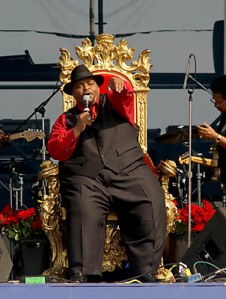 Another random selection of music news for you in this post. Starting with the sad news of the death of soul legend Solomon Burke. He died today at Schipol Airport in Amsterdam on his way to play a gig in the city. He was only 70 and leaves behind a staggering 21 children and 90 grandchildren. He was in possession of a truly wonderful voice and will perhaps be best remembered by most people for writing and performing the now classic song, “Everybody Needs Somebody To Love“. The song has been covered by many artists and was used to great effect in the Blues Brothers movie. Click here for the BBC report on this sad news. You can view the great man’s performance on Top Of The Pops from 2003 below.

It was never one of my favourite songs, largely due to the bagpipes, but Paul McCartney and Wings million selling single from 1978; “Mull Of Kintyre” is back in the news. The 7,360 Carskiey estate which forms the Mull Of Kintyre is up for sale. So if you have £2.95 million stashed under the blanket you have a chance of getting your hands on it. The BBC report is here.

Dido is being sued by Bruce McCandless II an astronaut on the Space Shuttle Challenger. The picture on the cover of Dido’s album ‘Safe Trip Home’ features McCandless on an untethered space walk in 1984. He claims he never gave permission for it to be used. I have tried really hard to like Dido’s stuff, but to me this is the most exciting thing relating to her in ages. The NME’s take on the story can be found by clicking here. Here is the lady herself with “White Flag“, something she may have to wave against the might of NASA. 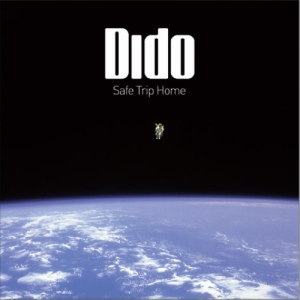 "Oi Dido, I can see your house from here!"

A sale of Michael Jackson memorabilia in Macau in China has fetched in excess of $1 million. It includes one of his many black crystal studded gloves and also a basket ball signed by Jacko and Michael Jordan which fetched $180,000 and $245,000 respectively. Amazing isn’t that stars become so much more valuable and marketable after they die. The BBC carries the story here.