Some of you may recall my Christmas advent calendar posts in recent years; these included UK Christmas number ones, Cover versions and an ABC of Motown. This year I have gone for something slightly different but one that sticks with a Christmas tradition at least. I will be making a series of posts influenced by the items in the song “The 12 Days Of Christmas”. I recognise that this won’t mirror the 12 days strictly according to dates as I am starting today, 13th December.

You know the first line of the song I’m sure. But here it is anyway “On the first day of Christmas my true love gave to me, a partridge in a pear tree”. So what can I give you musically that relates to that line? Well two songs actually, first “I Think I Love You” from the Partridge Family. This song was a number one in the USA and Canada in 1970 and only managed number 18 in the UK. The song featured in the TV show ‘The Partridge Family’ in the same year, but only David Cassidy and Shirley Jones from the show performed on the recording. 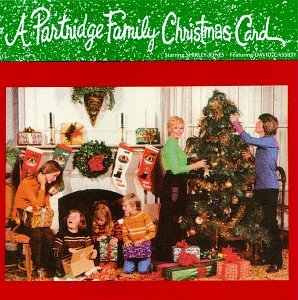 The song was written by Tony Romeo who wrote a number of other hits in the 60s and 70s, including Lou Christie’s “I’m Gonna Make You Mine”. “I Think I Love You” has been covered by a diverse group of artists that include; Perry Como, Voice Of The Beehive and Less Than Jake. David Cassidy’s daughter Katie also covered the song when she was just 15. 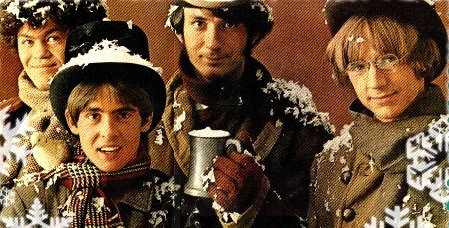 The second song for the first day of Christmas comes from another music TV series, this time the Monkees. The song “Apples, Peaches, Bananas And Pears” was featured in the show but only found commercial release on the compilation ‘Missing Links’ from 1987. Monkee Mickey Dolenz was the lead vocalist on the song. It was written by Tommy Boyce and Bobby Hart. They wrote a number of other Monkees songs including “(I’m Not Your) Stepping Stone” which was originally recorded by Paul Revere and the Raiders and later covered by the Sex Pistols. The pair also wrote the following Monkees classics; “Last Train To Clarksville”, “Valleri” and the “(Theme From) The Monkees”.

So now you can enjoy the two songs from the first day of Christmas and I dedicate them to my own true love, Catherine a.k.a Catwoman. Incidentally did you know that the Partridge in the UK is becoming an endangered species with a fall in numbers of around 30% in the five years to 2010.