The female vocal line on Isaac Hayes‘ toweringly magnificent classic “The Theme From Shaft” was sung by Telma Hopkins. Telma was also a member of Tony Orlando‘s Dawn. This means she featured on two of 1971’s biggest hits as she also sang on Dawn’s “Knock Three Times”. The Isaac Hayes song was at the top of the US Billboard chart in November 1971 for two weeks following the Dawn hit which was at number one in the USA for three weeks in January 1971. The latter also topped the chart in the UK. 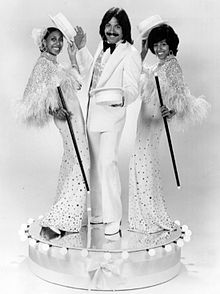 Telma went on to appear in a number of films and TV shows including The Love Boat and Fantasy Island. 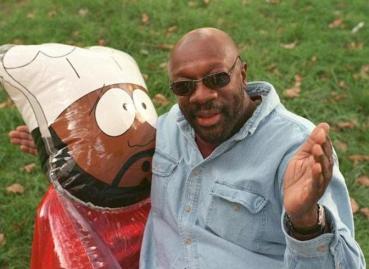 “I wait in the darkness of my lonely room, filled with sadness, filled with gloom” a.k.a five gold rings December 17, 2012 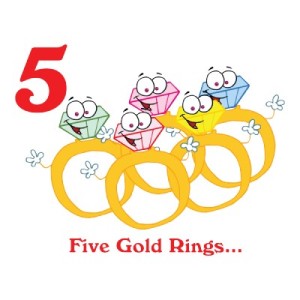 It’s now day 5 of my 12 days of Christmas series and that can only mean one thing right? Well five things actually and all of those are gold rings. Yes, on the fifth day of Christmas my true love gave to me five gold rings. Go on admit it you sang that line in your head just like it goes in the tune didn’t you? Had you bought your five gold rings in 1970 they would now be worth considerably more. In December 1970 gold was valued at £15.64 an ounce, earlier this month its value was £1,060.95 an ounce. Some interpretations of the 12 days of Christmas suggest that the gold rings are in fact goldspinks which as old name for a goldfinch. However I have based my choice of songs on the gold rings and I have two great songs for you.

Firstly we go to the King, kind of appropriate for Christmas don’t you think? Yes it’s Elvis Aaron Presley with “Wear My Ring (Around Your Neck)”. The song was written by Bert Carroll and Russell Moody and was released in 1958. Up to that point Elvis had achieved a string of ten consecutive number ones on the Billboard Hot 100, but this song stalled at number two. It made it to number three in the UK. Did you know that Elvis’ father Vernon’s middle name was Elvis or that his mother Gladys’ middle name was Love? You didn’t? Well you do now. It has been said that Elvis once entered an Elvis lookalike contest and only came third. However whilst this is a great story that is probably all it is. It was an item printed in the Weekly World News which is about as reliable in the truth department as the National Enquirer or perhaps the Sunday Sport in the UK.

The second of this posts songs is the soul classic “Band Of Gold” by Freda Payne. It was a million seller in 1970 where it reached number one in the UK but only number three in the US. It was also her biggest hit on both sides of the Atlantic. It was released on the Invictus label which had been set up by the Holland Dozier Holland team after they left Motown. “Band Of Gold” was written by Edythe Wayne and Ron Dunbar but it was produced by Brian Holland and Lamont Dozier. The lead guitar on the song comes from Ray Parker Jr and two former Motown backing vocalists provided vocal backing for Freda. Those backing vocalists were Joyce Vincent Wilson and Telma Hopkins, both later went on to join Tony Orland as part of Tony Orlando and Dawn. Did you know that Freda’s sister Scherrie was a member of the post Diana Ross Supremes for a while? When I began as a mobile DJ back in the 70s some of the advice I received from an old sage of a DJ was to never play this song at a wedding reception as it is all about break up. That’s true but hell it’s a great dance track isn’t it. So I must confess to the world that I have indeed played the song at wedding receptions. 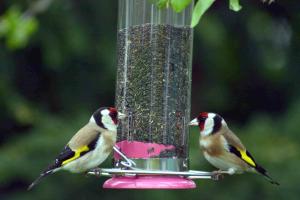 Two Goldfinches, the whereabouts of the other three are currently unknown!