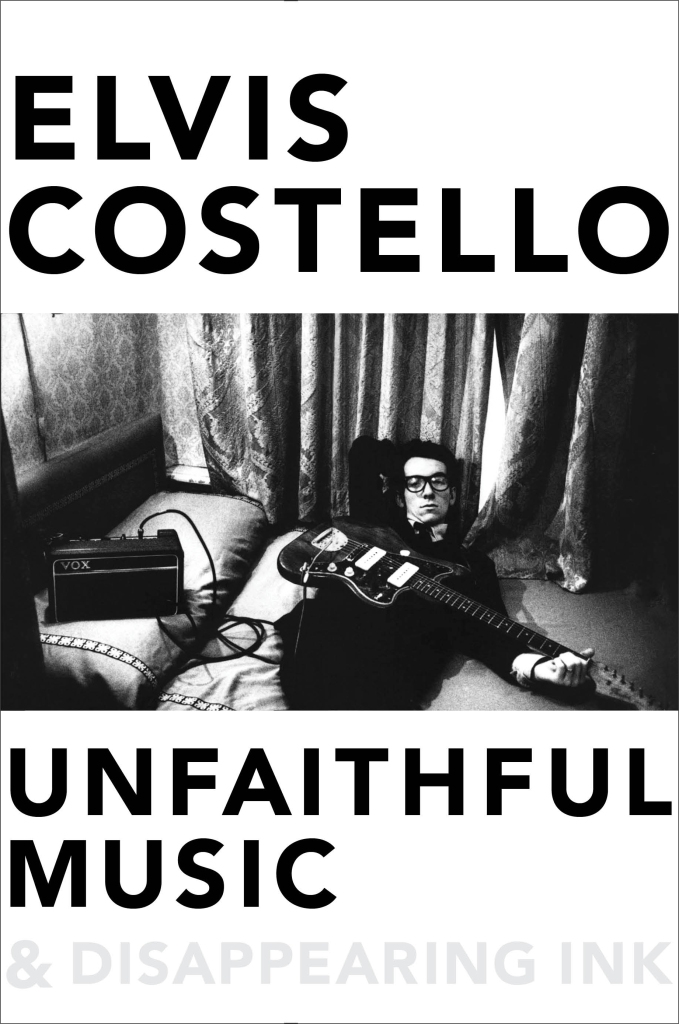 I have worked in the fantastic city of Liverpool for a few months and I recently had the opportunity to attend a book signing by someone who technically might be described as a newly published author. He is known as Declan McManus by many but as the magnificent Elvis Costello by most! He has recently launched his memoirs; “Unfaithful Music and Disappearing Ink”. The book runs to just shy of 700 pages and when I have read it I will no doubt be posting a review of it in this very blog.

However I wanted to just give you a brief review of what was a fabulous night at the Royal Court Theatre in Liverpool last month. Elvis was interviewed about the book, his life and his career by author Mark Billingham who is also very clearly a Costello fan. Elvis himself used a tablet linked to a couple of large screens on the stage to show us some wonderful pictures of himself and some great ones from his family history. There was also a brilliant video of his Dad Ross McManus singing “If I Had A Hammer” with the Joe Loss Orchestra in the 1960s. 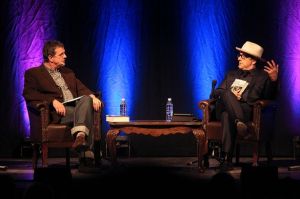 It was quite an intimate setting and Elvis came across as a really decent bloke. He is articulate, humorous and polite. He read a few passages from the book and told a number of anecdotes that were a mix of the emotional and the amusing. I think that many of us in what looked like a sell out crowd had our fingers crossed that he might sing a few songs and we were not disappointed. At the end he took up his acoustic guitar and played a great version of “Stranger In The House” and a supremely powerful showing of the timeless classic “Shipbuilding”. The latter was preceded by a story about the evacuation of British children overseas during World War 2. In particular the tale of a ship transporting many of these children to Canada that was sunk. For me it’s a moving song in the first place, this made it even more so. 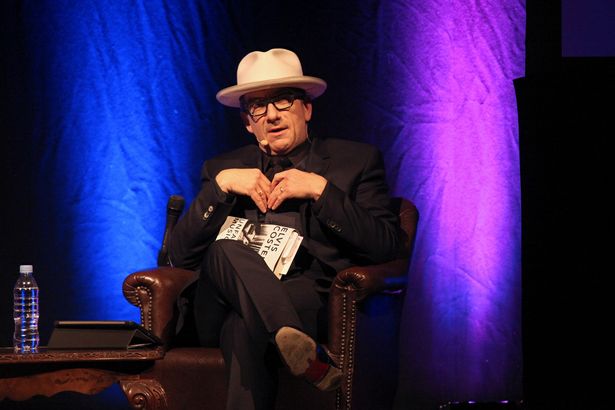 I was happy to queue up for forty minutes afterwards to get my copy of the book signed by the great man himself. In fact I sneakily got him to sign the latest copy of Mojo which had a picture of Mr Costello on the cover. Finally let me say a big thank you to Elvis Costello, Mark Billingham and Waterstones for putting on such and excellent night’s entertainment.