Happy Christmas dear readers and good people of the blogosphere. This is the last post in my ABC of Motown Advent Calendar. It’s the 24th December and technically that means the letter Y, but I’ll throw in X and Z for free along with a couple of Motown Christmas songs. The big bearded dude in red arrives on his venison powered sleigh tomorrow. I hope that you get everything you want this Christmas and more importantly I hope that you have a really enjoyable Yule. 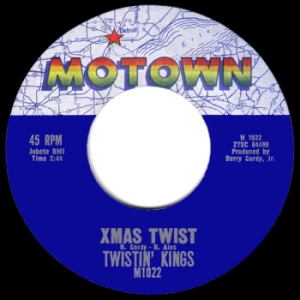 The first song for the letter X has been a tough one to find. But I have found one, I know hardly anything about it so if you have any information feel free to get in touch. I do feel like I’ve cheated you a little though, the song is called “Xmas Twist” although the chorus uses the proper phrase ‘Christmas Twist’. The song was released by a group calling themselves the Twisting Kings. So clearly no cynical tie-in with a popular dance craze then! The song was written by Berry Gordy and Barney Ales. Gordy was the producer for the song which was released in November 1961. It can be found on a couple of compilation albums to my knowledge; #A Motown Christmas Volume 2′  and ‘The Complete Motown Singles Vol. 1 1959-1961’ released in 2001 and 2005 respectively. 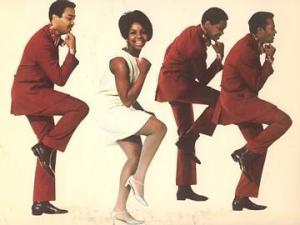 For the letter Y I have chosen a song from a superb act who haven’t yet appeared in this ABC of Motown. It’s Gladys Knight and the Pips with “You Need Love Like I Do (Don’t You)”. The most memorable line up from the Pips included her brother Merald ‘Bubba’ Knight and two of her cousins; Edward Patten and William Guest. Her first pitch at fame came when she won a local TV talent show aged 7 in 1952.Gladys and the Pips were the first Motown act to record the classic song “I Heard It Through The Grapevine” which they took to number two in the US charts. In their early Motown career they were the opening act for Diana Ross and the Supremes. It is alleged that Diana had them kicked off the tour because Gladys and the Pips were far more powerful a talent and probably a very tough act to follow.  “You Need Love Like I Do” was an US hit in 1970 reaching number 25 in the Billboard charts and number 3 in the US R & B charts. It never charted in the UK. The song was another from the talented song writing partnership of Norman Whitfield and Barrett Strong. It was also recorded by the Temptations.

The final song from my ABC of Motown selection is a rather well-known album track from the Commodores who made an appearance in this Advent Calendar with the letter J on December 10th, click here to read it. The song is “Zoom” and should not be confused with the Fat Larry’s Band song of the same name. It was never released as a single in the US but made it to number 38 in the UK charts in 1978. The album it came from was released in 1977 and in the US it was called ‘Commodores’ whilst in the UK it was called ‘Zoom’. The song was written by Lionel Richie and Ronald LaPraed from the band. The album also included two other Commodores classics in “Brick House” and “Easy”. Fergie sampled “Zoom” on her ‘Duchess’ album on the track “All That I Got (The Make-Up Song)” 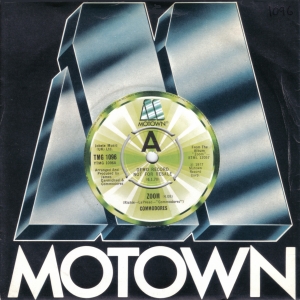 Finally let me wish you a Happy Christmas once again and to finish please enjoy two of my favourite Motown Christmas songs from the Jackson 5 and then Stevie Wonder.

Incidentally if you’d like to know the songs that came before in the ABC of Motown Advent Calendar, here they are;