“She wears them micro mini dresses, hair hanging down her back” March 21, 2009

It’s Saturday 21st March and I’m back with even more delightful crap for you today. But before that here is some of the recent music news. Leon Jackson winner of X Factor 2007 has been dropped by his record label after just one album. Now I wonder if it’s down to the ‘Credit Crunch’ or simply because he’s crap. I bet you can’t guess which one I think it is! So I suppose he’ll be working in McDonalds with Gareth Gates before long. The Arctic Monkeys have put some new material on YouTube, including a cover of Lady GaGa’s “Poker Face” Click here for an update from their current rehearsals. And in a final piece of news Justin Timberlake is launching his own brand Tequila called 901. Not a very imaginative name is it? How about “I’m bringing Tequila Back”? or “Cry Me A Bottle” Anyway I suppose that it is a true AlcoPOP drink! 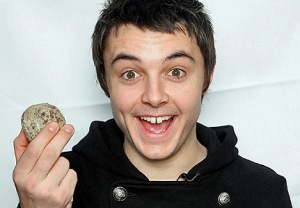 Let’s kick off with a few birthdays. Firstly Ray Dorset off of Mungo Jerry is 63 today. The band took their name from a poem in T.S Eliot’s ‘Old Possum’s Book Of Practical Cats’. The poem is called ‘mungojerrie and rumpelteazer’ The band are still around today with Mr Dorset being the ever present original member. To most people these days the band are probably sen as one hit wonders following the success of “In The Summertime” which went to number one in more than 20 countries in 1970. They reached the UK top 20 six times in the early 70’s and in addition to “In The Summertime” they also hit the top with “Baby Jump“. A Ray Dorset song reached number 1 in the UK in 1980, it was “Feels Like I’m In Love” by Kellie Marie. Dorset originally wrote the song for Elvis Presley although he never recorded it. 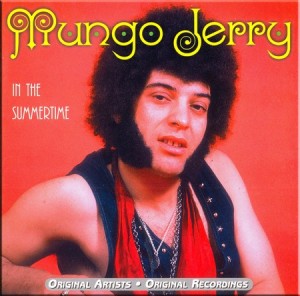 Meanwhile Russel Thompkins Jr off of the Stylistics is 58 today. Russell was the falsetto voiced lead singer until he left the group in 2000. Their biggest UK hit was “I Can’t Give You Anything (But My Love)” which was produced by the late great (here they come again those ‘ole l’s & g’s) Van McCoy. Most of their earlier hits were produced by the equally talented Thom Bell and often co written with Linda Creed. Although they never appeared on the famous Philadelpia International record label the group hailed from the city and were one of the most talented proponents of the soft sound of Philly Soul. Some might say that nowadays their biggest hits come across as somewhat cheesy, does that make them Philadelphia Cheese? 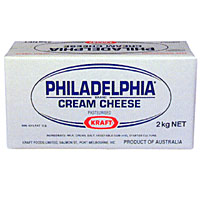 The new lead singer of the Stylistics was very happy with the groups new, more cheesy direction! Well if Isaac Hayes can do Hot Buttered Soul then why not?

And finally for the birthdays Deryck “Bizzy D” Whibley off of Sum 41 is todays young whippersnapper at just 29. Sum 41 come from a rather clean sounding town in Ontario, Canada. It’s name is Ajax! Although Whibley was actually born in Scarborough, Ontario. On July 16 2006 he married Canadian Punk Popstrel Avril Lavigne. Deryck has been guest guitarist on releases from Tommy Lee off of Motley Crue and also the legendary Iggy Pop. Sum 41’s download only single ‘March Of The Dogs” stirred up enough controversy among supporters of Dubya that Whibley was allegedly facing deportation from the US back to Canada. This came about because the opening couplet in the song was “Ladies and gentlemen of the underclass/The president of the United States of America is dead” Whatever happened to freedom of speech? Watch out for a new Sum 41 album later this year. In the meantime here are Sum 41 with “Fat Lip”

On this day in 2001 Eminem was ordered $476,000 as part of his divorce agreement with his wife Kimberly ‘Kim’ Anne Scott. Also as part of the agreement Eminem would keep the US Mansion and the couple would share custody of their daughter Hailie Jade. The couple married for a second time in 2006 but were divorced again around three months later. Here is Em with his current single “Crack A Bottle” which also features 50 Cent and G Unit.

Mr Mathers gives us a comment on his divorce settlement

And finally on this day in 2001 Michael Jackson’s Interior Designer was interviewed by the Times newspaper and claimed that Jacko kept 17 life size dolls, of both adult and child sizes in his bedroom for…….. errrrrrrr……….company!!!!!! What’s that all about then?

It was strange how all the dolls appeared to look like Jacko too and how much easier would it be to perform plastic surgery on something made from plastic!