Hello once again good people of blogworld. I felt that it was about time I posted again as it’s been nearly a month, my excuse if you’re interested is that I started a new job just about a month ago and I have been just a little busy. But enough of that and on with the post!

Have you read in the press about the celebrations accompanying the 20th anniversary of the fall of the Berlin Wall? I can’t believe that it was 20 years ago, can you? Anyway part of the celebrations involved a concert near the site of the old east-west barrier which included a twenty minute set from U2. The whole shebang was promoted and I believe set up by MTV. I assume that they have some highly paid and highly skilled PR people working for them. Highly paid maybe but highly skilled I doubt very much. Why do I draw this conclusion? Well largely because in their infinite wisdom MTV decided to ensure that the 10,000 ticket holders were going to be the only people that would see the stage. How did they do this? Well they built a wall of course! Did no one see the irony in this? Many German Radio Stations with tickets to give away in competitions sent them back in protest and I must say that I don’t blame them. You can read about it here 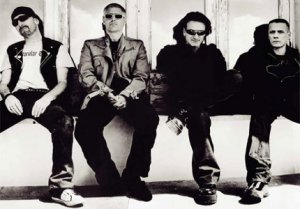 It’s been a while since I last posted any criticism of the banking industry, but now those poor impoverished bankers (apologies I should have started that with a W rather than a B shouldn’t I?) are getting close to their bonus levels of old the time is surely ripe. What I will never understand is how a bunch of people who came close to destroying the whole industry and have caused serious damage to the world economy should be paid any form of bonus? What the f*ck is that all about. Anyway if that wasn’t bad enough it has been brought to my attention that Wall Street Banks Goldman Sachs, Citigroup and Morgan Stanley have bullied their way to the front of the queue for the swine flu vaccine H1N1. At the same time many health care workers, pregnant women and people at risk are still waiting. Click here to read the story. It used to be said that in the event of a nuclear catastrophe in the world the creatures that would survive and thrive in post apocalyptic times would be rats and cockroaches. I believe that is still essentially true, however I think that bankers should also be added to that list although perhaps they are just rats and cockroaches already! What do you think? OK as I have said many times before that this is essentially a music blog so let me bring so music into it, something relevant to the story of course.

“Rat In Mi Kitchen” – UB40. The band bought their first instruments with £4,000 compensation that former lead singer Ali Campbell received from injuries he received in a bar fight as a 17-year-old. Compensation people, not a bonus ok! 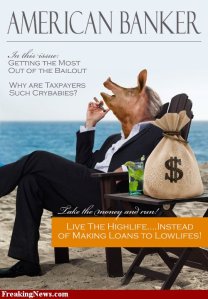 Another story in yesterdays newspaper was about yet another failure in the Large Hadron Collider (LHC) in Cerne. It has just been returned to service after nearly a year out of action and £23 million of repairs following a serious electrical fault in September 2008. The LHC in simple terms is trying to recreate conditions that existed just before the Big Bang that created the universe billions of years ago. The search for the elusive ‘god particle’ was stopped this time by another power cut. How was this caused? Well when an LHC support worker found the source of the outage he found a piece of bread being eaten by a bird! I wonder if the bread was the remains of an LHC workers lunch or was it manna from heaven? I thought I’d include the last comment to placate any creationists that might be reading this, you’re wrong but at least I placated you! You can read the Guardian’s article on this incident by clicking here. I must add that this is also one of the headlines of the year too! Big Bang Goes Phut As Bird Drops Baguette Into Cern Machinery! 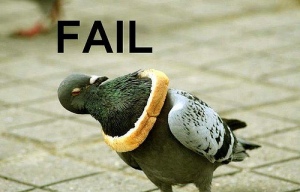 This time those boffins at the large hadron collider in Cern had made sure that their plans for a big bang would not be upset by some bird brained idea. Crustice had to be seen to be done

“Danger High Voltage” – Electric Six. A rather excellent song and listen out for the counter point vocal from none other than Jack White off of the White Stripes, Raconteurs and Dead Weather

And finally I simply have to mention ITV’s X Factor, sadly I have been hooked beyond the point where all the no hopers have gone (well except for john and Edward, although more about them later). Finally this week John and Edward (or Jedward as the tabloids have christened them) made it into the bottom two this weekend. I would have expected Simon Cowell to use his casting vote to cast them out, but he chose to put it to the public vote which meant that Lucie Jones leaves the show. I never have had any respect for Louis Walsh but I used to maintain a degree of respect for Mr Cowell. However that has completely gone now. Given the opportunity to rid us of Jedward he copped out, or did he simply want to get rid of the act most likely to beat one of the acts he is mentoring. At this point I really hope that Jedward win the competition, not because I think that they have any talent or deserve to win, but simply because that would mean Mr Cowell would have to give these two walking toilet brushes a £1 million recording contract. Perhaps that would finally kill off awful TV shows like X Factor. Big Brother is dead now let’s kill the X Factor! 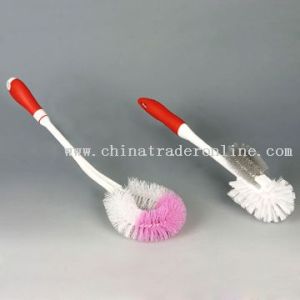 4 Responses to ““Fire in the Disco, fire in the Taco Bell””