So if I were to say to you that earlier tonight I went to see a 68-year-old pensioner perform a thirty odd year old album it wouldn’t sound particularly exciting would it? But if I said that I’d been to see Roger Waters (off of Pink Floyd) perform the classic Floyd double album ‘The Wall‘ in it’s entirety backed by a superb band, amazing light show, pyrotechnics, massive marionettes, incredible film and animation and a flying pig you might think otherwise right? (But then you’ve probably already read the title of this post anyway!) 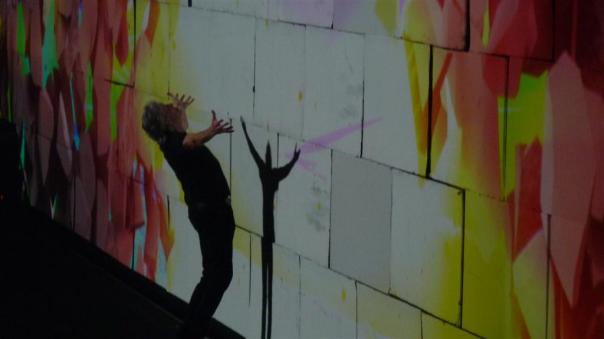 Firstly let me thank my friend and work colleague Grant who gave me a ticket for the show. He had already attended last week on the night that remaining Floyd members David Gilmour and Nick Mason joined Mr Waters on stage. So whilst I may have missed the mini Floyd reunion I did see the show and it was something else. Regular readers know that I have been going to gigs now for nearly 40 years and this show is probably straight into my top 5. 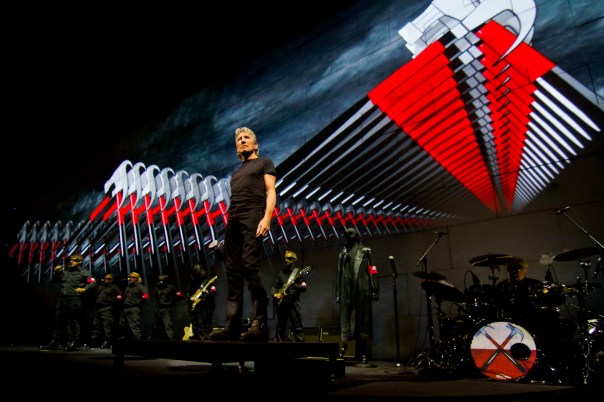 Roger Waters performance was commanding and immaculate. The projections on the wall and the other special effects made it more than just another rock show. This was a rock spectacle, a truly spectacular show. I have been listening to the album again these past few days and seeing it performed live makes you realise what a stupendous album it really is. It contains my second favourite Floyd song ever in “Comfortably Numb” My favourite is actually “Wish You Were Here” But ‘The Wall’ is an album I can still listen to end to end. All I needed tonight was a good spliff and it would have been perfect. Snowy White‘s guitar playing was stupendous, especially the solo on “Comfortably Numb” 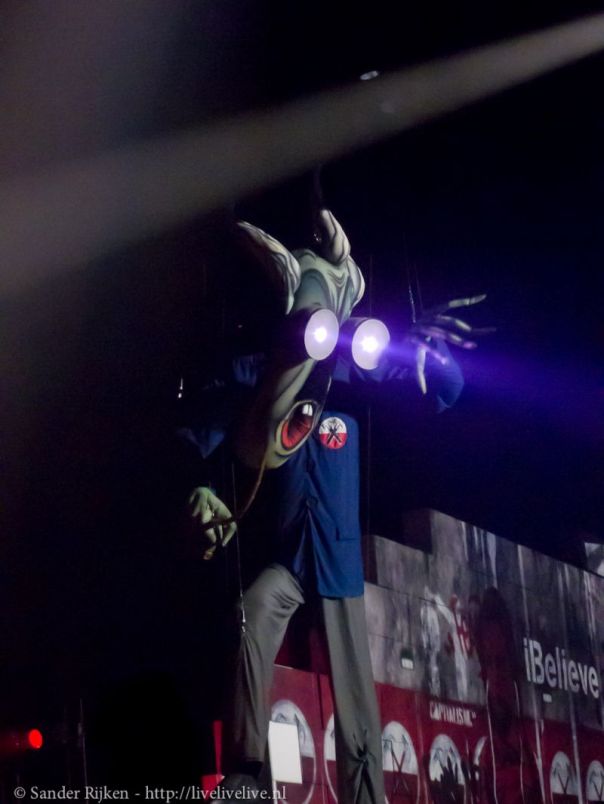 Many people see the Who as a band who are Rock Opera experts and with ‘Tommy’ and ‘Quadrophenia’ they clearly are damned good. However in the annals of rock opera ‘The Wall’ stands with the best and for an album released nearly 32 years ago really stands the test of time. essentially it’s Waters’ first solo album that just happened to be recorded with Pink Floyd. It is very much about his life and the experiences that shaped him as a man. He is clearly more comfortable in his own skin now than he was all those years ago, but he still tells the story well.

If you get a chance to see this show do whatever it takes; sell your granny, pimp out your budgie or send your kids out to sweep chimneys, anything but make sure you don’t miss the opportunity!

Please note that none of the videos or pictures are from the show I saw, just in case you wondered. Mainly because my camera skills are pretty crap!