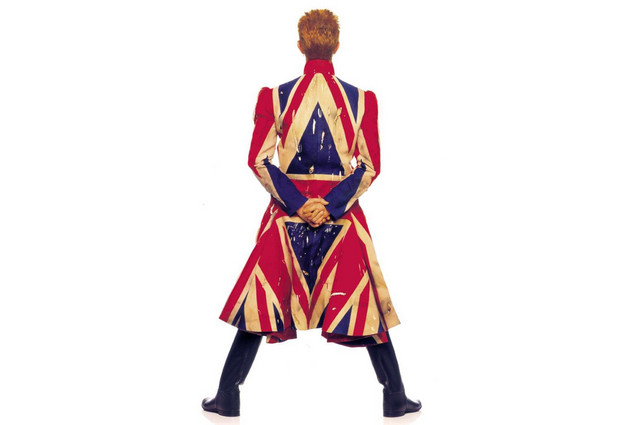 By now you will all know that David Bowie died yesterday aged just 69. The outpouring of grief from across the world is immense. But whilst everyone from Kanye West to David Cameron have expressed their condolences it is really about the thousands of fans who will each miss Bowie in their own way. I was pretty much lost for words this morning, in fact I still am. I feel numb and I have shed a few tears too. I never knew David Bowie, in fact I never met him, but I was lucky enough to see him play ten times from 1976 to 2004. I wanted to see him in 1972, when I was just 13, but my Dad wouldn’t allow me to see that “bloody weirdo”. However he did let me go and see the Jackson 5, which given the way Jacko and Bowie’s lives panned out is somewhat ironic. 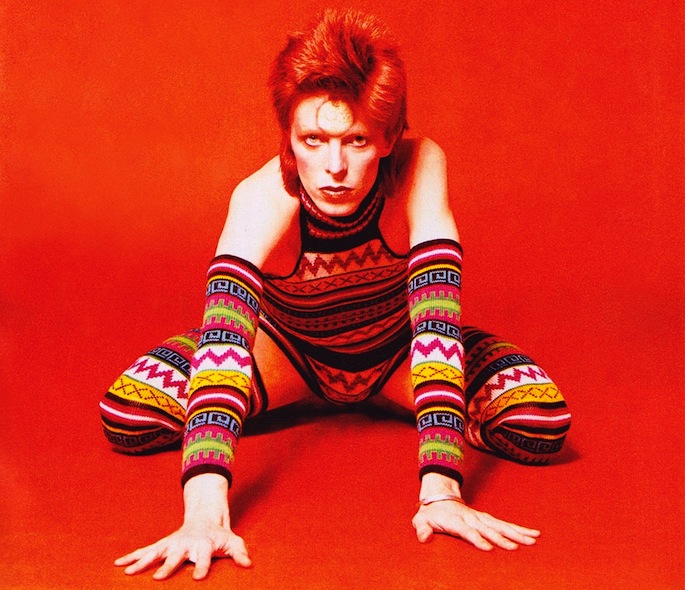 I first became interested in pop music in the late 60s aged 8 or 9. I do remember hearing “Space Oddity” when the BBC used it as part of the soundtrack to the Apollo 11 mission. But I can’t say that I was a Bowie fan from then. My first real taste of Bowie was, like many of my contemporaries and peers, with the Top of the Pops appearance in July 1972 when he sang “Starman” backed by the Spiders From Mars. Clearly I would only have seen it in black and white but my memory is in colour. There was the classic moment where Bowie put his arm around Mick Ronson. That weekend I raided my pocket money savings and bought four Bowie albums on cassette; ‘Space Oddity’, ‘ The Man Who Sold The World‘, ‘Hunky Dory’ and, to give it its full title ‘ The Rise And Fall Of Ziggy Stardust And The Spiders From Mars‘. I played those albums until they wore out and I have replaced them many times since in both vinyl and CD form. 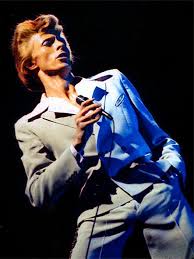 I first saw David Bowie play live in 1976 as part of the tour in support of ‘Station To Station’ . I think that show was at Earls Court in London. I have never seen a bad show from the man, including the Glass Spider tour in 1987. The show at Wembley that year was bloody good. My favourite Bowie gig was at the Phoenix Festival in 1996. The hairs on the back of my neck stood up as he came on to a darkened stage and played the acoustic intro to “Quicksand” and then the lights blasted on as he began to sing. A truly awesome moment. 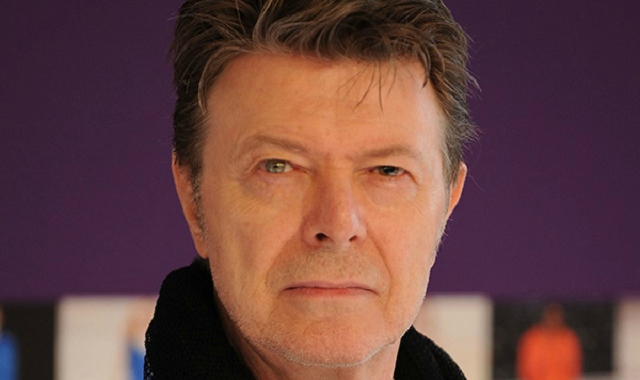 I have said on many occasions that I wasn’t too keen on his 1980s output, in particular the ‘Tonight’ album from 1984. But as a dedicated fan I have the CD version of that album which includes “Too Dizzy” a track Bowie disliked so much that he had it removed from later CD issues. As for Tin Machine, well that was perhaps a bit Marmite, but I love those two Tin Machine albums. His recording career really got properly back on track for me with ‘1: Outside’ from 1995. I still wonder what might have happened had he completed the other two albums in the Nathan Adler trilogy. My favourite Bowie album changes over time, but I always go back to ‘Diamond Dogs’ and ‘Young Americans’. I am so very happy that his last album ‘Blackstar’ released just a few days ago on his 69th birthday has received such good reviews, because no doubt it will sell even more now he has passed away. That’s just the way things go isn’t it?

Personally I wasn’t a big fan of Bowie the actor, but “The Man Who Fell To Earth” is a brilliant film. I also wished that I could have seen his performance as the Elephant Man on the New York stage too. ‘Labyrinth’ was in my opinion not a great film, however it really turned a completely new generation on to the genius of Bowie so it can’t have been all bad. Other acting gems for me were maybe ‘The Hunger’ and the cameo in Ricky Gervais‘ Extras comedy series. 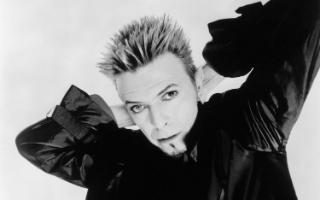 Bowie made it ok to be different, to be an outsider, he made it cool to not have to be part of a gang. He will probably remain the most influential and innovative artist that there has ever been. I can see no one who could even come close to touching him on that. He will live on with the legacy he has left. My thoughts are with Iman, Lexi and Duncan along with all those that knew him well and all the thousands of fans across the world. Clearly his death is not on the same scale as say my father’s death was for me in 2001, however it has still hit me hard. Cancer is a proper fucking bastard isn’t it? 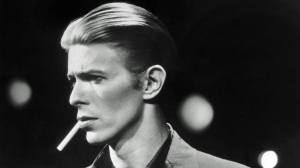 I would like to close with the message that Tony Visconti published today; “He always did what he wanted to do. And he wanted to do it his way and he wanted to do it the best way. His death was no different from his life – a work of Art, he made Blackstar for us, his parting gift. I knew for a year this was the way it would be. I wasn’t, however, prepared for it. He was an extraordinary man, full of love and life. He will always be with us. For now, it is appropriate to cry.” 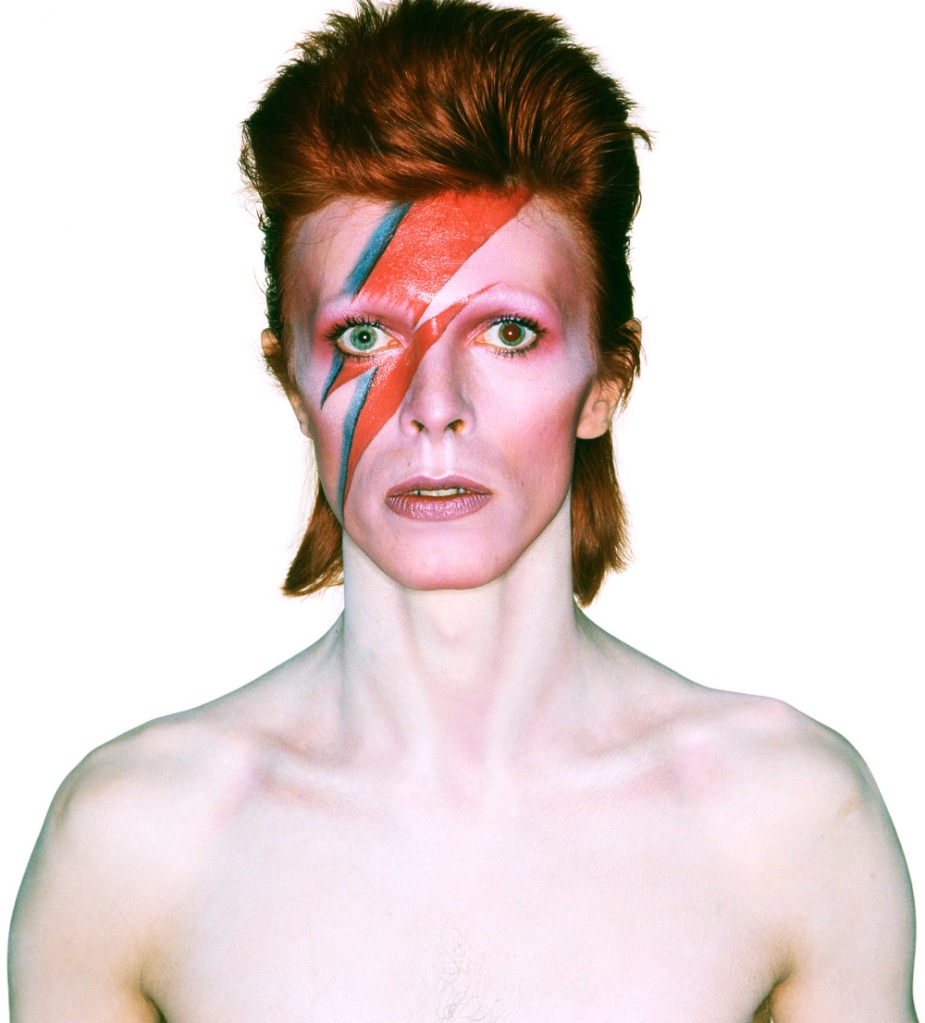 Maybe there really is a Starman waiting in the sky now!

I have chosen one song from every one of his studio albums (sometimes live versions of them) to reflect on the life of my biggest hero. The intro for “Everyone Says Hi” is particularly pertinent 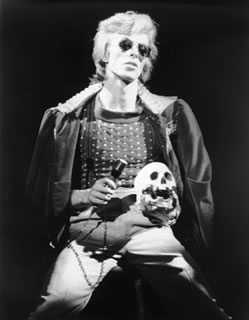