‘Revenge & Regret’ the new EP from those brooding, moody, gothic sons of Redcar; The Shakin’ Nightmares dropped onto my mat a few weeks ago and it has been on a constant loop for most of that time. The music has its roots in a dark, weird twisted take on rockabilly, more ‘out there’ than standard psychobilly. They sing songs describing their life and human life in general and they do it with style. EP opener “(I’ve Got) The Shakin’ Nightmares” is a moody, broody slab of slow punk and would not be out of place as a major part of a horror film soundtrack. I also wonder whether that song gave the band their name or maybe the band gave their name to the song. Either way, there is a history of bands using their name in songs and song titles, so the Shakin’ Nightmares are in good company; Mott The Hoople, Motorhead, Atari Teenage Riot, Black Sabbath, and the Stray Cats have all gone down that road. 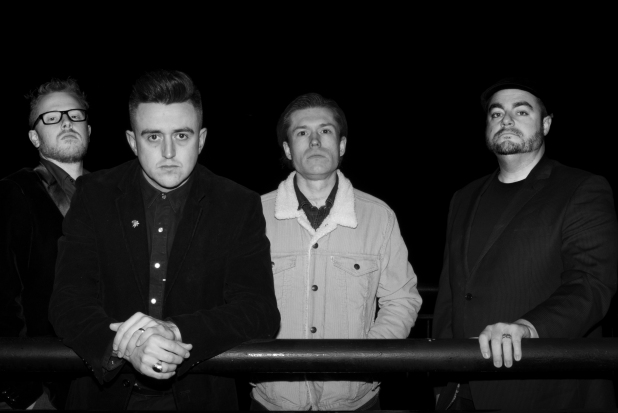 My favourite of the four tracks on this release is “Revenge” which oozes revengeful anger. Lyrics like “I’m gonna get my revenge when I see you in hell” says it all. On top of that though “revenge” is clearly a tune designed to make you move and it does that so well. Ryan Pilot’s vocals on this song really make you think that you never want to cross him, he is dead set on getting his revenge! “I Wish” hits you in the face at breakneck speed and after it has you in its grip slows down to a warped waltz beat to relax you then it once again takes off like an Exocet on speed with its sights on your brain. The EP closes way too soon with “A Little Death” which has guitar hooks aplenty and draws on the best of UK post-punk and the inner darkness of the Shakin’ Nightmares. The production is pretty hot throughout and showcases the talents of every band member. They operate on an ambitious, cinematic scale which they pull off so easily. I hear that they are a truly wonderful live band. They have supported some great bands including the Snuts, Rascalton, the Snakerattlers and perhaps my favourite band right now Avalanche Party. The EP is available on all major streaming sites, click here to check it out on Spotify. My purple vinyl-effect CD in a vinyl style wallet is pretty ace, get yourself a copy of that if you can! If you listen to this EP and do not finish it as a Shakin’ Nightmares fan then I fear for your future! I need to see the Shakin’ Nightmares live now, which is definitely on my gig list for 2020!

All the photos were “borrowed” from the bands website. The videos were all found on YouTube. If any of the pictures or videos are yours and you would like a credit or for me to remove them please let me know.